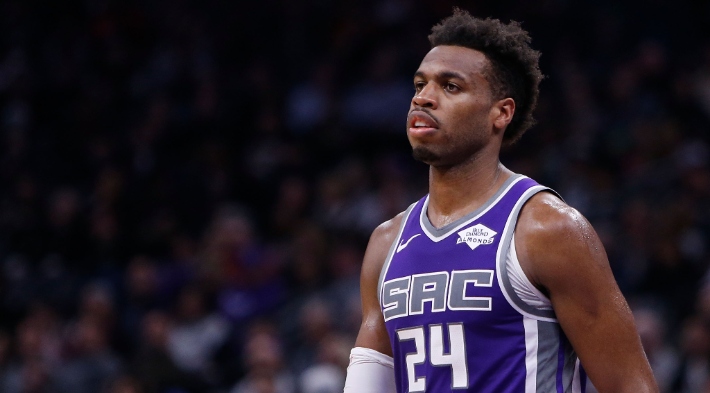 The NBA is hell-bent on getting flopping out of the game. Oftentimes, this means going after guys who are a little to eager to fall down on, say, a rebound attempt or something, but it is almost always in a situation where a guy theoretically could go down and they just embellish way too much.

Having said that, this from Buddy Hield is a new one. Hield got a flopping warning for the following moment against the Portland Trail Blazers, in which he was minding his own business during a free throw and hit the deck after Carmelo Anthony got into his body a little bit.

Hield, however, claims this is not what it seems, saying the shove he got from Anthony was enough to throw him off balance and make him go down.

Yall wilding he push me😂

It certainly seems like Hield is just joking around, but regardless, this video made me laugh for a solid 30 seconds, largely because of how absurd the concept of “someone tries drawing a flop while standing around waiting for someone to shoot a free throw is.” Anyway, the Kings could have used this turning into a pair of free throws, as they lost this game by four points.