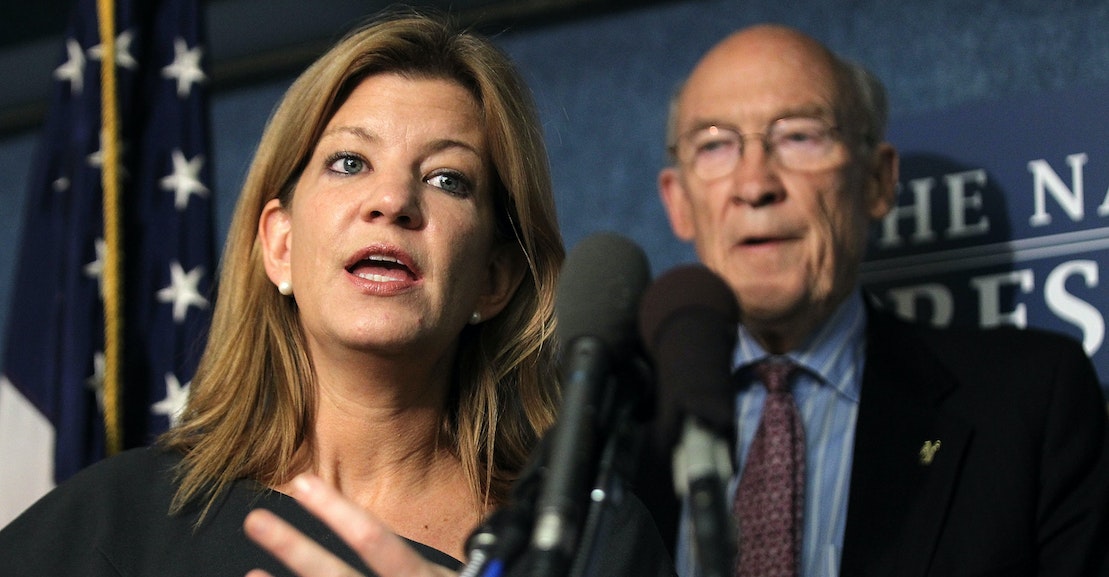 The organization embraces a deflationary logic: It wants the government to suppress private consumption so a greater share of economic output accrues to the private owners of existing capital, supposedly making the country more competitive in the international fight for investment dollars. Federal spending threatens that model. The CFRB warns that government borrowing can “crowd out” the private sector in the race to attract a supposedly finite supply of investment dollars, driving interest rates up; meanwhile, they embrace the seeming common sense that simply printing money threatens hyperinflation.

Since the Reagan era, policymakers from the center left to the far right have tried to implement the CFRB’s vision. The results have been great for people who own financial assets and real estate in a handful of hot markets, or employers trying to keep labor costs down. However, the austerian policy regime has comprehensively failed to increase economic growth or even really reduce the federal debt load. Occasional deviations from deficit hawk dogma—the George W. Bush wars and tax cuts, the 2008 bank bailouts and Obama’s subsequent stimulus, rounds of quantitative easing by the Federal Reserve, the Trump tax cuts, and the CARES Act—simply didn’t produce interest rate shocks or runaway inflation. Time and time again, history has proven the CFRB wrong.

The group has a longstanding commitment to ignoring the macroeconomic breakthroughs of heterodox economic thinkers in the tradition of John Maynard Keynes. Keynes famously demonstrated that the CFRB’s formula for growth—suppress consumption in favor of returns on capital and debt repayment—results in what he called the “paradox of thrift.” Economies ultimately run on consumption, which is a fancy way of saying people getting stuff they want. Policies that make it harder for people to satisfy their needs or desires, like shrinking Medicare or social security so individuals bear more of the burden of paying for healthcare and retirement, sap the system of demand and concomitant economic growth. If consumers can’t afford to buy stuff, then profits from businesses decline. People with money seeking a return then invest in speculative financial assets prone to pointless cycles of booms and busts without any increase in productivity or improvements to standards of living. It’s not irresponsible, as MacGuineas came to believe in the early 1990s, to “prime the pump” in a recession using deficit spending. It’s irresponsible not to deficit spend at an adequate level, as evidenced by the weakness and shocking inequality of the post-2008 recovery once President Obama and other western leaders abandoned stimulus for austerity.

Likewise, the CFRB’s warnings that federal borrowing will drive up interest rates, crowd out the private sector, and put America in hock to creditors betrays a profound misunderstanding of the role of government debt in the global financial system. Investors around the world have an insatiable desire for safe dollar-denominated assets, and there’s no asset safer than a Treasury bond. Why? Because as Ayn Rand fanboy and former Fed chairman Alan Greenspan told Congress in 2011, “the United States can pay any debt it has because we can always print money to do that. So there is zero probability of default.” In the real world, investors don’t see federal money printing as an inflationary threat, but rather a sign that returns on money lent to the government are a sure thing. More government borrowing puts more safe collateral in investors’ hands, which they can then use to finance private investments to satisfy unmet consumer demands. In other words, the federal deficit doesn’t crowd out profits, but rather supplements them.