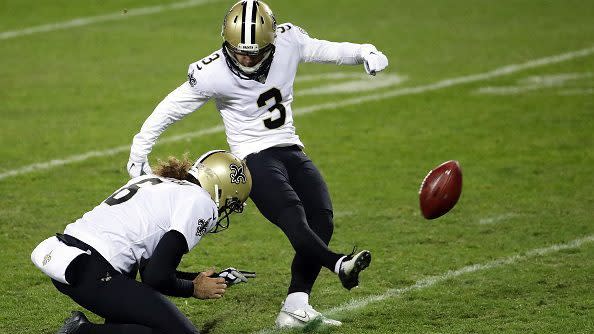 The cap-strapped Saints have created some space by restructuring kicker Wil Lutz‘s deal.

Lutz, who has three years remaining on his current deal, converted most of his base salary into signing bonus to save $1.74 million in cap space this season, according to Ian Rapoport of NFL Network.

That means Lutz will count more against the cap in future years, but the Saints will worry about that problem later, when the salary cap is increasing again after this year’s decrease.

Lutz had a strong season on kickoffs but a mediocre season on field goals in 2020.

The Saints are still well over the projected 2021 salary cap and need to make several more moves to get under the limit.