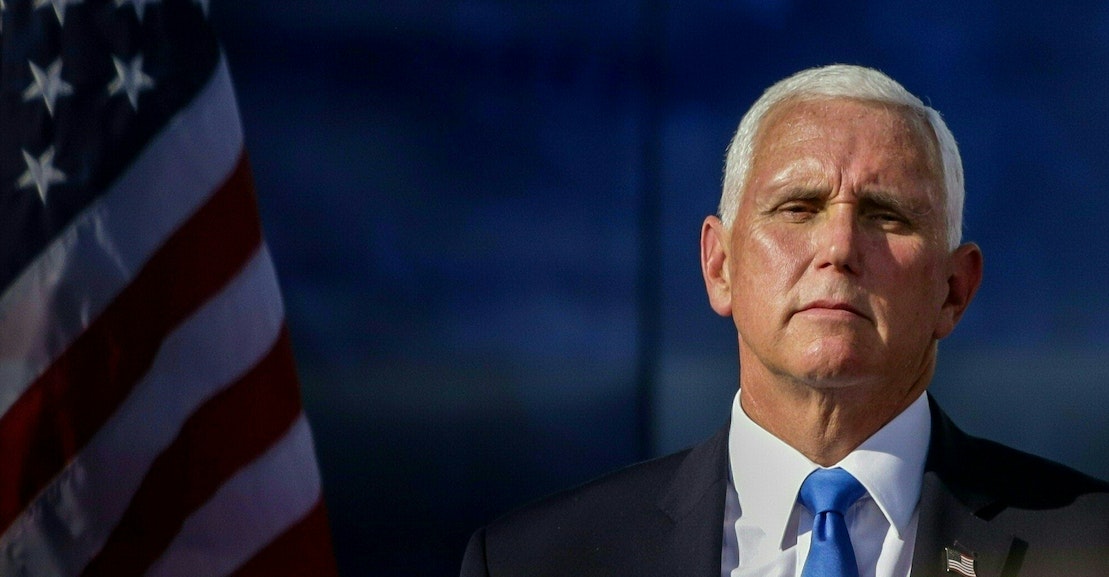 H.R. 1, according to Pence, defies this sentiment by blocking states from “implementing new, needed reforms.” This is an apparent reference to the deluge of restrictive voting bills introduced by Republican state lawmakers across the country this year, who often cite a “lack of faith” in the 2020 outcome and phantasmal fears of voter fraud to justify bills that make it harder for traditionally Democratic constituencies to vote. In Georgia, which narrowly went to Joe Biden and elected two Democratic senators, GOP state legislators are trying to scrap automatic voter registration, sharply reduce absentee voting, and much more to restore their hegemony. They’re even taking aim at early-voting hours on weekends in an apparent bid to derail the long-time Black civic tradition of voting after church on Sundays.

Pence’s ire towards the bill even extends to reforms that many Americans generally support. “Congressional districts would be redrawn by unelected, unaccountable bureaucrats,” he warns, an apparent dig at independent redistricting commissions. A number of states have implemented them in recent years to reduce the partisan influence of state lawmakers, often after statewide referendums. They also come after a decade in which Republicans used extreme gerrymandering schemes to entrench themselves in state legislatures and give themselves disproportionate influence in the House. If anything, the hyper-partisan boundaries made those lawmakers “unaccountable” as well, just in a way that Pence prefers.

In one bizarre part of his op-ed, he even claims that under H.R. 1, “illegal immigrants and law-abiding American citizens would receive equal representation in Congress.” That’s actually the status quo in American elections thanks to the Constitution, which requires the Census to count the “total population” for reapportionment. Pence should know this: The Trump administration tried really hard to do otherwise and kept falling short. The simplest solution to this problem would be creating a pathway to U.S. citizenship for undocumented immigrants, thereby increasing the share of “law-abiding Americans” in the country. But Pence opposes that as well.