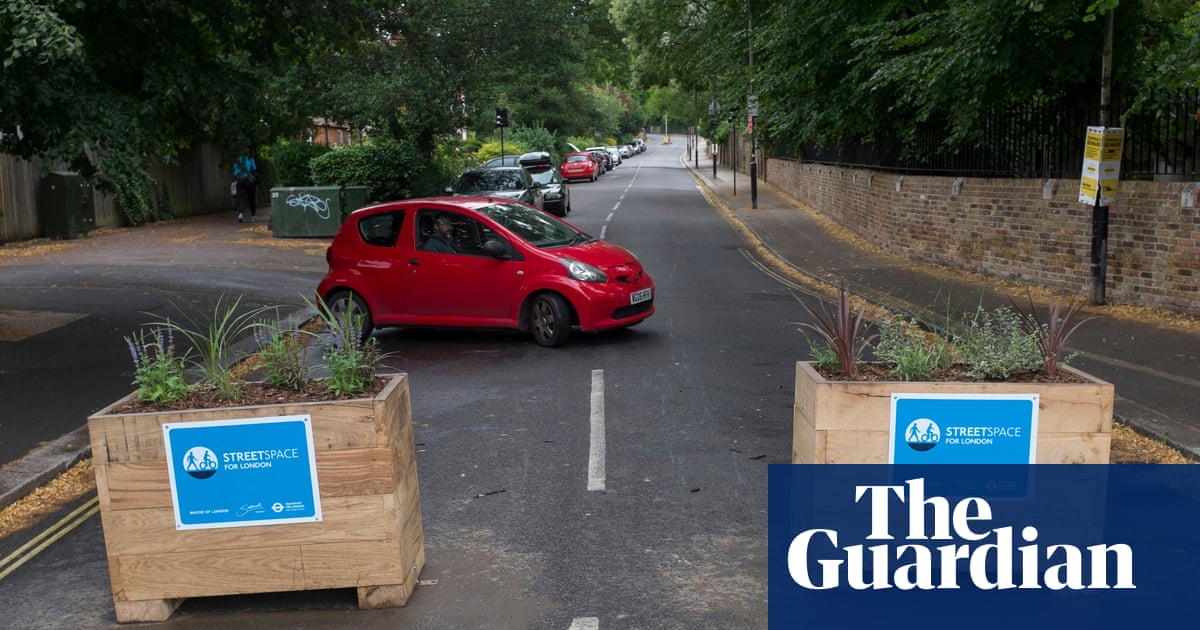 Antonio Voce and Peter Walker (Low-traffic schemes benefit most-deprived Londoners, study finds, 2 March) certainly provide food for thought on low-traffic schemes. However, in saying that “low-traffic neighbourhoods [LTNs] … do not disproportionately benefit more privileged communities” they fall into the trap of oversimplification, because that doesn’t explain people’s lived experiences. Some LTNs may not, but others unequivocally do, because each location has its own unique characteristics.

It is disappointing that they did not seek to give their piece more balance by delving into this question further, relying only on the report from Professor Rachel Aldred.

Phil Goodwin (one of the authors of the report Traffic Impact of Highway Capacity Reductions: Assessment of the Evidence, 1998) has written: “I support those who complain that sometimes [LTN] schemes provide improvements for leafy areas where rich people live, but divert traffic on to ‘traffic roads’ where poorer people live, and this is not fair. Reallocation of capacity should be done in a way that supports the most needy.”

In some areas, such as Dulwich, it is not a “myth”, but a fact, that traffic and consequent pollution have been shifted on to displacement routes with less affluent communities and different demographics to the “leafy” part of the LTN. You need only ask the residents. It really is socially unjust.
Trevor Moore
London

In your report, the study in question points to the exception of Enfield, where the council-led scheme focused on “the borough’s most affluent areas”. Councillor Ian Barnes defends this approach because there had already been “considerable contact and representation from residents” in that area. His carefully worded response fails to note that in the single, limited opportunity that the residents had to engage with Enfield council prior to the LTN being forced on us under Covid, 73% of residents were against closing our roads and only 20% were for it. This is from the council’s own website.

There never was a mandate for the Fox Lane LTN, where car ownership within the LTN is more than twice the average for Enfield. These cars are taking longer, circuitous journeys, polluting the now congested but also residential boundary roads. The inherent unfairness of this LTN is hugely divisive and needs to be addressed urgently.
Ann Jones
London