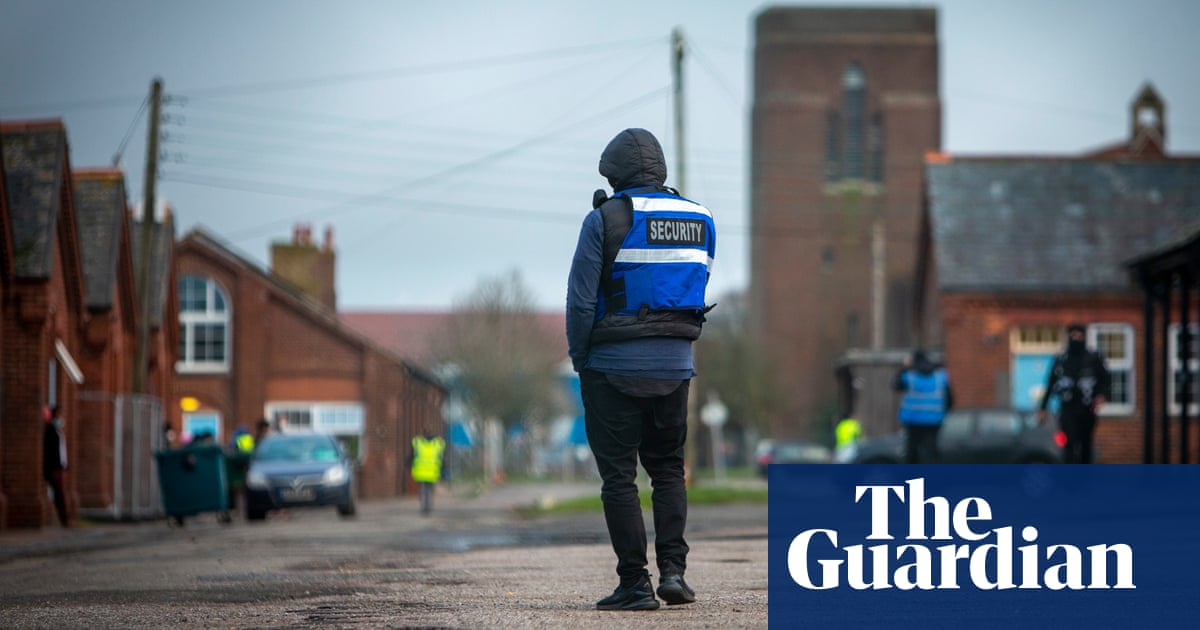 The Home Office knew that housing asylum seekers in dormitories at military barracks posed a risk of Covid-19 outbreaks but went ahead with the plan anyway, according to internal documents seen by the Guardian.

Nearly 200 people at the Napier barracks in Kent have tested positive for coronavirus, fuelling criticism of conditions at former military sites used to accommodate asylum seekers since mid-September.

Now two reports seen by the Guardian and the Bureau of Investigative Journalism show that an outbreak was among potential dangers flagged up during Home Office visits to Napier and the Penally barracks in Wales, to assess their suitability.

The reports – which was described by Yvette Cooper, the chair of the home affairs select committee, as “deeply troubling” – revealed concerns including:

Some of the reports’ findings were revealed in sections of the documents that were redacted but could easily be read, apparently due to an administrative error.

Dormitory accommodation was cited in a redacted section headlined “summary of risks”. The report warned that using single rooms instead would cut capacity, rendering the site unviable.

The home secretary, Priti Patel, has previously blamed the Napier outbreak on “mingling” among asylum seekers, some of whom were sleeping 28 to a dormitory.

But the emergence of the department’s own internal assessment lends weight to claims that government officials knew the accommodation was inherently risky.

It emerged earlier this month that the Home Office ignored advice from Public Health England that asylum claimants should not be housed in this fashion.

The advice from PHE was given on 7 September, before the sites became operational. The Home Office declined to give the date of the site visits to Napier and Penally but the language of the reports indicated that they took place before the barracks were occupied.

The Home Office’s own report on Penally also raises questions over Patel’s defence of the decision to use military barracks. She has claimed that it would be an “insult” to suggest that they were not fit for asylum seekers, because they had previously housed “our brave soldiers”.

The Penally report said: “The Nissan [sic] huts aren’t used by the MoD [Ministry of Defence] during the winter due to the challenges heating them.”

A Home Office spokesperson said Penally’s heating system had been renovated but did not say whether the Nissen huts were now adequately heated.

A source close to asylum seekers who had stayed in Penally said the huts had insufficient heating.

They said the 12-person huts were equipped with a single electric heater. One asylum seeker said that when he was moved to a standard cabin the heater in that building was not functioning either and he had to rely on a donated heater from a shopkeeper in Tenby during his stay.

The Home Office has been approached for comment on the claims.

Its internal documents illustrated the department’s anxiety about public perceptions of how and where asylum seekers were housed. In a section marked “sensitivities”, the Napier report said “the area generally has a strong rightwing presence” and cited the proximity to small boat arrivals on the Kent coast.

The department looks to have been concerned that it would appear to be treating asylum seekers too harshly.

“Whilst surrounded by an 8ft-high fence with barbed wire, it does create a perception of an austere environment (detained) – therefore the narrative is crucial to state it is there to keep them safe and keep potential intruders out,” the Napier report said.

Cooper said: “This is deeply troubling. Despite the Home Office’s insistence that sleeping arrangements in these barracks were Covid compliant, these documents make clear that they understood the risks with placing people in dormitory accommodation during a pandemic.”

She said the “shockingly large outbreak” at Napier showed that risk assessments were either insufficient or were “ignored during this public health crisis”.

“The Home Office should publish the full assessment they did on these sites including the public health advice they were given, as well as who took the decision to put so many people into dormitory accommodation during a pandemic rather than single rooms,” she said.

A Home Office spokesperson said: “The government is meeting its statutory obligation to provide asylum seekers who would otherwise be destitute with accommodation.

“These sites are safe, secure and have accommodated soldiers and army personnel in the past – it is wrong to say that it is not good enough for asylum claimants.

“The Home Office and its providers have carried out necessary maintenance works and rigorous safety checks before bringing asylum seekers on to the site and complied with guidance from Public Health England throughout.”