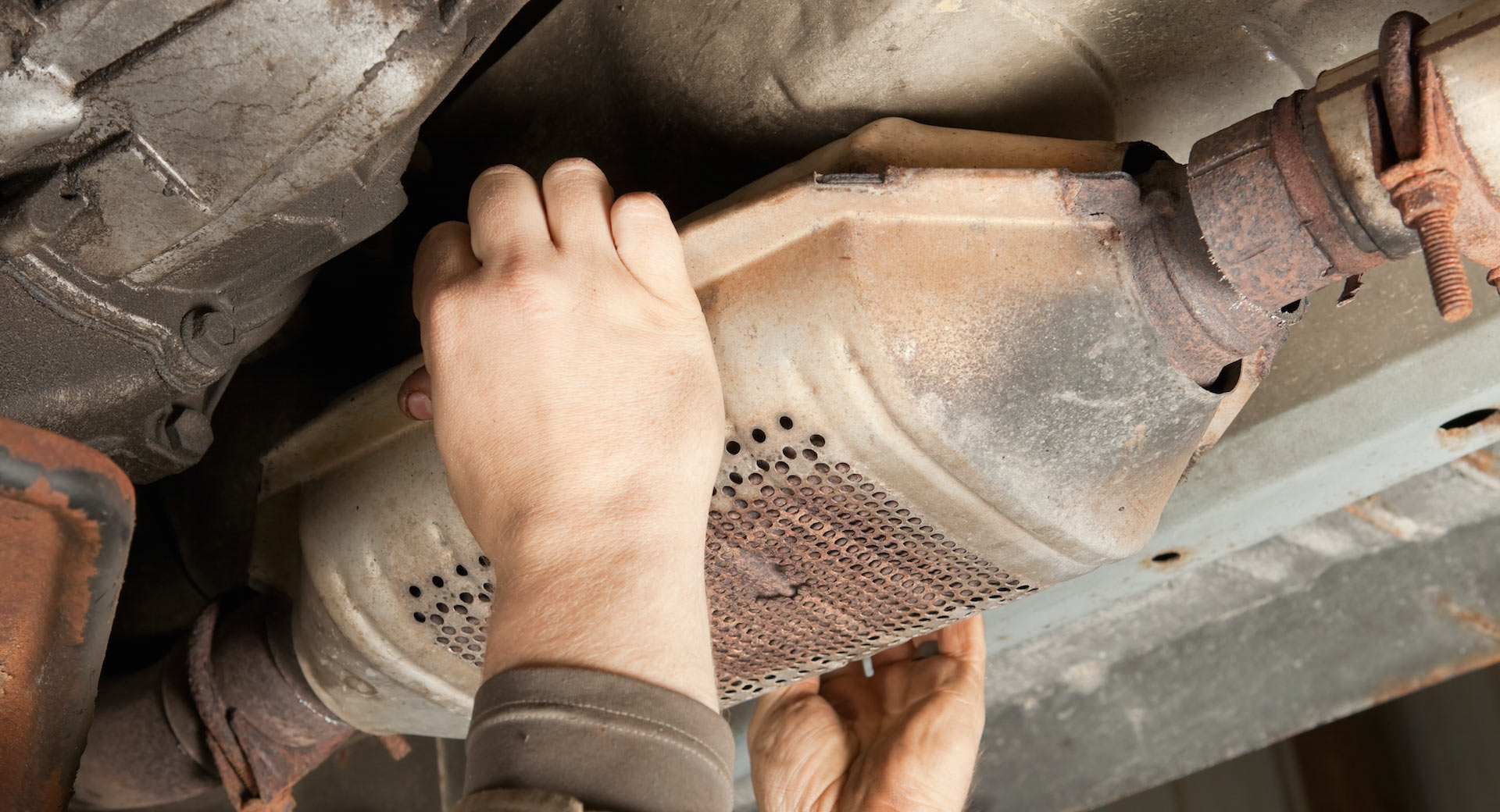 While Americans have been focused on ‘stonks,’ it appears our neighbors to the north have taken an interest in commodities.

In particular, Canadian thieves are trying to get their hands on the platinum, palladium and rhodium that reside in catalytic converters.

While catalytic converter theft is nothing new, it’s become pretty lucrative thanks to increasing prices for the materials. According to MoneyX, platinum is going for $1,168 ($1,480 CAD) an ounce while is palladium $2,361 ($2,991 CAD) for the same amount.

Catalytic Converter Theft Prevention Tips
-Park in a garage or well-lit area.
-Engrave your VIN number into your catalytic converter.
-Have it welded to your car’s frame, which may make it harder to steal.
-Install a car alarm to set off when it detects vibration.#WCPD Ring pic.twitter.com/s60raqIEQr

According to Canada’s CBC News, the increase in prices for platinum, palladium and rhodium can be partially attributed to stricter emissions standards as more materials are needed to make vehicles cleaner. As a result, a stolen catalytic converter is ‘worth its weight in gold.’

Thieves seemed to have noticed as the national director of investigative services at the Insurance Bureau of Canada told them, “Catalytic converters have been stolen for years,” but “the difference lately is the price of precious metals, and obviously it’s the precious metals inside those catalytic converters that they’re looking to steal and then sell on the black market.”

Given that catalytic converters are now more lucrative to steal, they’re being taken at alarming rates that have more than quadrupled in some places. They’re also a crime of opportunity and a spokesperson for the Guelph Police Service told the CBC they’re being stolen from “vehicles parked overnight at mechanic shops, sometimes at private residences and also at vehicle dealerships.” In effect, if a vehicle is parked outside it can be target.

Police have been ramping up efforts to find thieves and last month five people were charged with stealing catalytic converters from across Prince Edward Island. While it’s good that they were caught, the group is believed to have caused more than $78,919 ($100,000 CAD) in damage.

131 catalytic converter have been reported stolen since January 1.
The public is reminded to remain vigilant and report suspicious activity to police. When possible, park vehicles in garages or well-lit areas that are known to have security cameras.
More:https://t.co/TokNm14EXy pic.twitter.com/iRRN3MC5BU