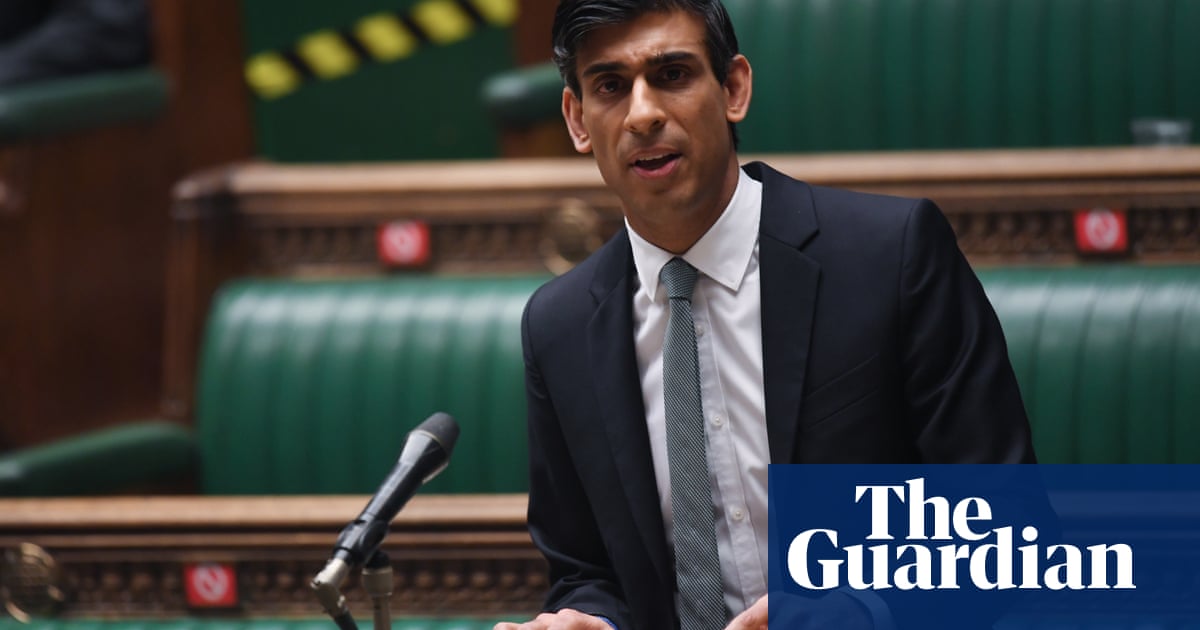 Rishi Sunak has told Britain’s businesses and millions of middle-earners they will pay the price of the government’s year long fight against Covid-19 with a spend now, pay later budget that combines life-support for the economy with the biggest tax increases since 1993.

Delivering his second budget, the chancellor said he would “go long,” extending many economic support measures, including the furlough scheme, until the end of September at a cost to the Treasury of £65bn.

But Sunak insisted that two years in which the budget deficit would be the highest in peacetime history meant he had no choice but to freeze personal tax allowances and raise corporation tax from 19% to 25% in one jump in 2023.

Repeatedly stressing the devastating financial impact of the pandemic, Sunak used the word “honest” six times, as he underscored the need to “begin fixing the public finances”.

“Our economy has shrunk by 10% – the largest fall in over 300 years. Our borrowing is the highest it has been outside wartime. It’s going to take this country – and the whole world – a long time to recover from this extraordinary economic situation,” he warned.

The independent Office for Budget Responsibility, said the economy would bounce back rapidly from its latest pandemic-induced lock down and pencilled in growth of 7.3% next year – the fastest rate of expansion since the second world war.

It said output would recover the ground lost during the pandemic by mid-2022 – six months earlier than previously expected – and cut its forecast for the peak in unemployment from 7.5% to 6.5%.

Even so, the long-term damage from Covid-19 would leave the economy 3% smaller in five years’ time than it would otherwise have been, leaving a hole in the public finances for the chancellor to fill.

Sunak announced that the personal tax-free allowance and the higher rate threshold will be frozen from April 2022, instead of rising in line with inflation, bringing 1.3m people into the tax system and creating a million higher rate taxpayers by the middle of the decade.

In addition, Sunak became the first chancellor since Denis Healey in the 1970s to raise the corporation tax rate – reversing at a stroke most of the cuts made by George Osborne after 2010.

Sunak said in the next two years business investment would be boosted by a new “super deduction”, which will allow companies to offset 130% of the cost of capital investment against tax. The £25bn tax break would boost investment by 10%, or £20bn a year, he added.

“These are significant decisions to have taken. Decisions no chancellor wants to make. I recognise they might not be popular. But they are honest,” Sunak said.

With the OBR noting that tax revenues as a share of economic output were on course to hit 35% – the highest since Roy Jenkins was Labour chancellor in the late 1960s – Paul Johnson, the director of the Institute for Fiscal Studies thinktank, said the budget represented a new phase in the UK’s economic history.

“Sunak made much of his desire to be honest and to level with the British people” Johnson said. “The fact that he felt constrained to raise taxes by hitting companies and through freezing allowances, rather than through more explicit rises in people’s taxes, suggests there are limits to how far he wants to level with us as he attempts to raise the overall tax burden to its highest sustained level in history.”

Tony Danker, the CBI’s director-general said: “The super deduction should be a real catalyst for firms to green light investment decisions. The boldness of the Chancellor on this measure is to be admired.

“But moving Corporation Tax to 25% in one leap will cause a sharp intake of breath for many businesses and sends a worrying signal to those planning to invest in the UK.”

Although the government’s road map envisages restrictions on the economy being lifted by June, Sunak said he would show caution by extending Treasury support beyond the summer. Businesses in the hospitality, retail and leisure sectors – the most adversely affected by the restrictions – will have a reduced rate of VAT for another year, while the stamp duty holiday will be extended until the end of September.

Labour leader Keir Starmer said his party would back the corporation tax increase; but accused Sunak of “papering over the cracks,” by failing to fix many of the problems exposed by the pandemic.

Highlighting Sunak’s failure to set out fresh support for social care or the NHS, Starmer told the Commons, “this is a budget that didn’t even attempt to rebuild the foundations of our economy. Or to secure the country’s long-term prosperity. Instead it did the job the chancellor always intended: a quick fix. Papering over the cracks.

“The party opposite spent a decade weakening the foundations of our economy,” he added. “Now they pretend they can rebuild it. But the truth is: they won’t confront what went wrong in the past and they have no plan for the future.”

LibDem leader Ed Davey echoed Starmer’s criticism of the lack of a plan to tackle the crisis in social care, which Johnson promised to resolve on his first day in Downing Street in 2019.

“Of all the holes in the budget possibly the most damaging is the lack of new money and new ideas for the care sector,” said Davey. “Even before the pandemic the social care sector was on its knees – and Tories seem to have no interest whatsoever in fixing the glaring issues.

In total, the Treasury now estimates that the government will have spent £407bn over the period of the pandemic – but the independent Office for Budget Responsibility pointed out that there was no allowance for pandemic-related spending after next year despite the road map recognising that annual vaccination programmes and continued testing and tracing were likely to be required. “The government will also need to decide how to catch up on services disrupted by the virus, notably the backlogs in non-urgent procedures in the NHS that have built up and the months of lost or impaired schooling for some pupils,” the OBR added.

“Faced with these post-pandemic pressures, the government has so far cut more than £15 billion a year from departmental resource spending from 2022-23 onwards, setting up a challenging Spending Review later this year.”

Asked about the issue at a Downing Street press conference, Sunak said he did not, “have a crystal ball”, adding: “Obviously, at this moment, we don’t know exactly the future path of what’s going to happen, but what we do know is that this year there’s an enormous amount of call for extra funding for coronavirus.”