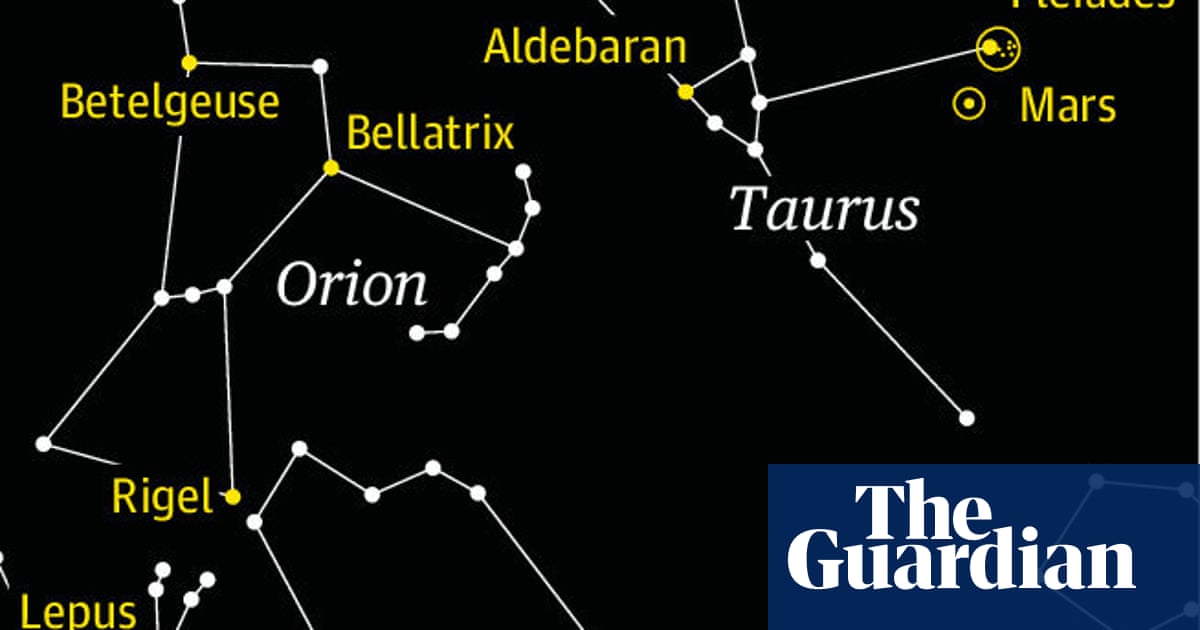 Mars, the new home of Nasa’s Perseverance rover, closes in on the Pleiades star cluster this week to give sky-watchers a beautiful view of contrasting celestial colours.

The red planet will appear close to the blue-white stars of the cluster all week, but the closest approach happens on 3 March, when they will be 2.6 degrees apart (a little more than five times the diameter of the full moon). It is the closest these two celestial bodies have appeared since January 1991, when they were just over three full moons apart. It is also the closest they will get until February 2038 when Mars will be four lunar diameters away.

The chart shows the view looking south-west from London at 20.00 GMT on 3 March but the view is available to all, no matter where you are on the planet. From Sydney, Australia, for example, the pairing is visible in the north-west throughout the evening. No matter where you are, the early evening is the best time to view because as the night progresses, the pair head towards their setting in the west. Mars also forms a straight line with two red stars: Aldebaran in Taurus and Betelgeuse (famously pronounced beetlejuice) in Orion.