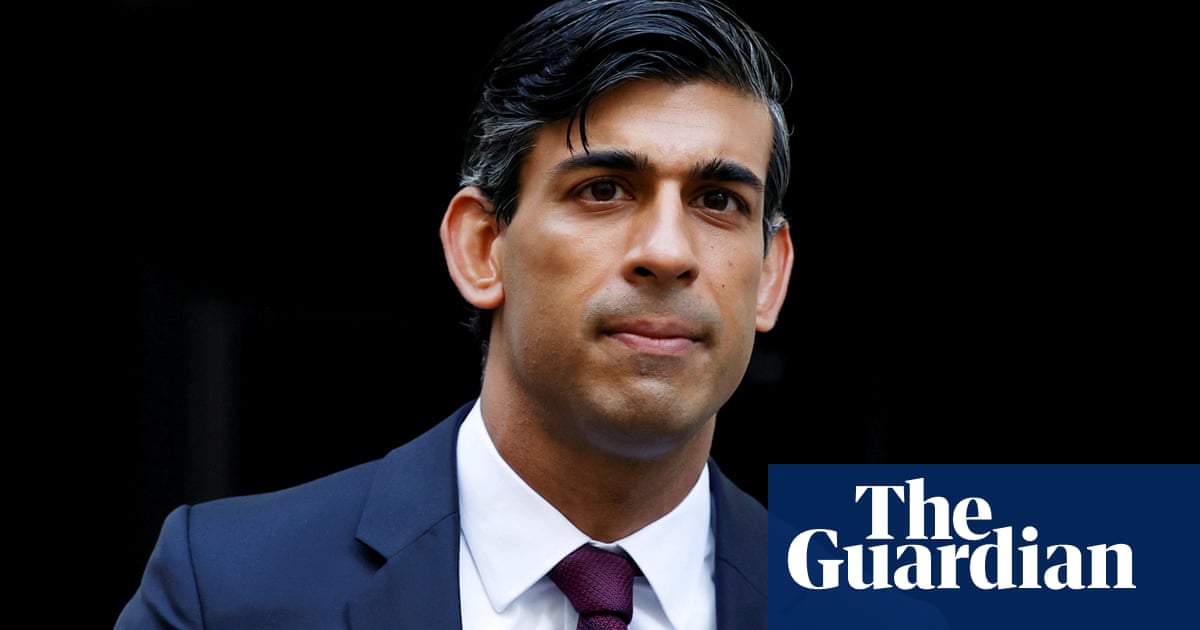 If Conservative MPs had any lingering doubts about the extent of Rishi Sunak’s political ambition, the first 30 seconds or so of a video produced by the Treasury before Wednesday’s budget would have dispelled them.

To a soundtrack of stirring string music, a bejumpered Sunak settles himself on a stool in front of a tasteful grey backdrop. An off-screen voice asks him to describe the day just over a year ago when he was made chancellor. “Oh gosh!” comes the reply, 50% young Hugh Grant, 50% Diana, Princess of Wales.

The glossy Treasury-produced mini-film, billed as “The 12 months to budget 2021”, presents the dramatic events of the last year almost entirely through Sunak’s perspective.

After he explains the chaos of becoming chancellor just before the 2020 budget, he recounts first being briefed about coronavirus. Later he talks about the moment he was told a vaccine had been approved. This is all accompanied by a montage of shots of the chancellor – 134 of them, by one count.

It is the latest enterprise from a politician who some of his Tory colleagues privately grumble is overly obsessed by his personal brand, as previously evidenced by his fondness for embossing a stylised personal signature on social media content.

What is clear is how closely Sunak wants to keep any credit for tackling the economic impact of coronavirus, and how extraordinarily carefully his team are seeking to craft his image.

In yet another innovation, Sunak will be the first chancellor to hold a press conference after his budget speech in the Commons, hosting the semi-regular Downing Street briefing at 5pm on Wednesday.

The Treasury has confirmed that the 5m 40s video is an official government production, saying it was “made by the Treasury’s in-house communications team at no additional cost”.

While Sunak is centre stage, Boris Johnson barely features, and a newcomer to British politics would be forgiven for assuming Sunak was in charge. Sunak says “I”, “me”, or “my” 26 times, praises his “heroic” team, and mentions Brexit not once.

Chancellors are traditionally coy about openly previewing what will be in their budget, and the video gives gives little away, beyond confirming that the furlough scheme will be extended beyond April.

There is a brief focus on the “overriding priority” of jobs, with Sunak unveiling yet another PR phrase by saying he wants to create a “kickstart generation” of young people, a reference to a job creation scheme of that name.

It remains to be seen how well all this goes down with fellow Conservatives. One Tory MP noted the high production values but added that many colleagues “privately think it’s too self-promotional ahead of a budget”.