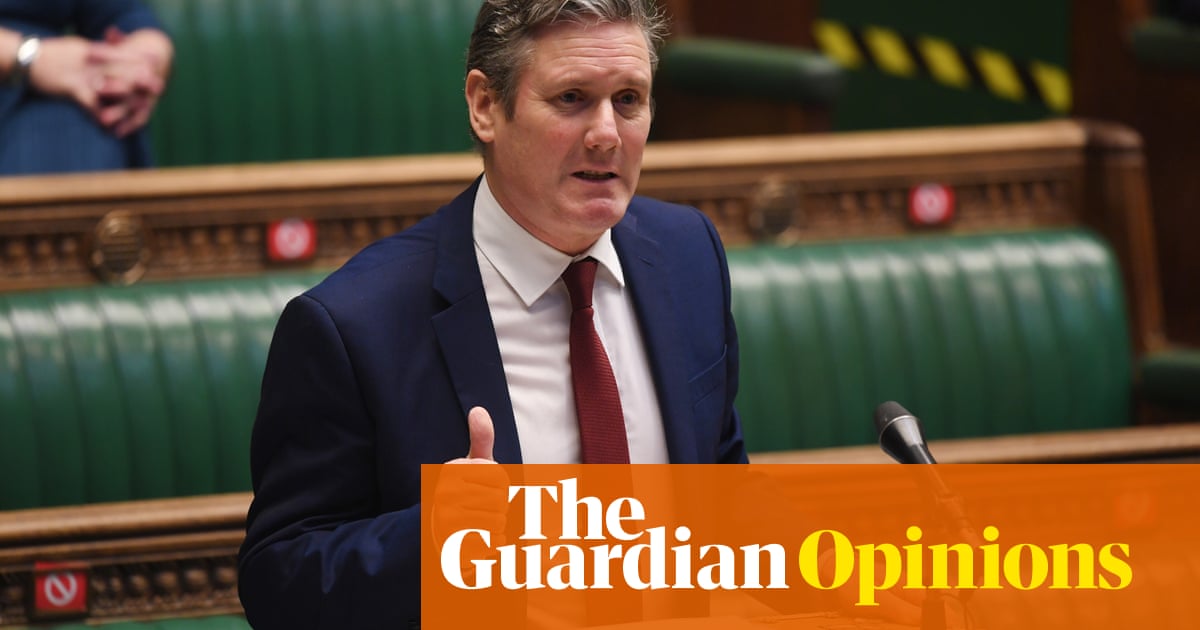 Do you remember the halcyon days of April 2020, when, after an inspiring leadership contest full of new ideas, inspired debate and bright personalities, Keir Starmer took the helm with a huge mandate and it felt as if Labour might awaken from its post-election gloom, and find its voice and sense of purpose?

No, me neither. With the exception of 2015 and 2016, Labour leadership contests have always, at best, felt like a medieval royal funeral: inside the great hall, the contenders put on their most solemn faces, noting the sad departure of the previous leader and the party’s latest cataclysmic election defeat, while outside their underlings scamper round the city excitedly drumming up support for their candidate in the hope that soon, with a bit of luck, they too might be allowed to run Labour momentarily on the way to its next cataclysmic defeat.

My jaded cynicism aside, Starmer was elected leader on the back of a clear set of promises which, if implemented, ought to have given many Labour members a sense of hope. He inherited a party membership still overwhelmingly supportive of Jeremy Corbyn’s policies on public investment, equality and common ownership, but disillusioned with his hesitancy to oppose Brexit. These sentiments were and are reflected in public opinion: 77% of Labour’s 2019 voters would vote to join the EU if a referendum were held now (though no one is really arguing for one), and the public’s appetite for rolling back the legacy of Thatcherism and austerity is as big as ever. In the past year, the orthodoxies that governed the limited role of state have been blown wide open.

Starmer positioned himself expertly on both these fronts. On domestic policy, he reaffirmed in broad brush strokes his commitment to honour the programme set out by Labour under Corbyn, promising to “maintain our radical values”. And, just as it felt as if Labour might spiral off into pandering to rightwing narratives on immigration following its losses in the north and the Midlands, he offered hope to Labour’s progressive base, promising to fight for continued freedom of movement as Britain left the EU.

Despite declaring that the battle between Leave and Remain was over, Starmer retained the trust of many grieving Labour members on the issue, gaining the reputation as the principled guerrilla Remainer when he was shadow Brexit secretary in Corbyn’s shadow cabinet. Just as importantly, at a time of division and recrimination, he also made himself the candidate of unity, talking about the need for “a new, more inclusive and more democratic culture” in Labour.

The astonishing thing about the Starmer leadership, then, is the fact that it has delivered precisely the opposite of what it promised. When he whipped Labour MPs to vote for Boris Johnson’s Brexit deal, he did so on the basis that he would hold the government to account forensically on the detail – and yet here we are, with bad news stories about Brexit flowing in, and silence from Labour. In January, defying both his leadership election pledges and Labour’s conference policy on immigration, he announced on live national television that it was no longer his policy to support continued freedom of movement.

Rather than setting out a radical domestic agenda to match Corbyn’s, Starmer has largely avoided making policy announcements, and has refrained from aggressively holding the government to account for its disastrous handling of the pandemic. So watered down has his approach been that Johnson was able to lean over the dispatch box at PMQs last week and promise that the budget would “do far more than the paltry agenda that he’s set out”. And rather than embracing the left, he has deliberately provoked it, suspending Corbyn, issuing diktats about what local parties can and cannot discuss, and engaging in a public argument with teaching unions over Covid safety measures. In the latest bizarre twist, Labour appears to be presenting itself to the right of the Tories in opposing a corporation tax rise.

Having promised to do the exact opposite, Starmer has so far managed to combine the worst aspects of Corbynism’s drift on immigration and Brexit with the worst aspects of the old Labour establishment’s habits of risk-aversion, triangulation and lack of radical vision. At the top of the party, the task of winning back the red wall is being used to justify a crude, unimaginative agenda of flag-waving and bog standard rightward drift. But this is not the 1990s, and Labour cannot hope to win the next election by default if only it can keep its head down. To stand a chance, it will need an offer that can inspire party members and take root in the minds of voters.

• Michael Chessum is a freelance writer and socialist activist