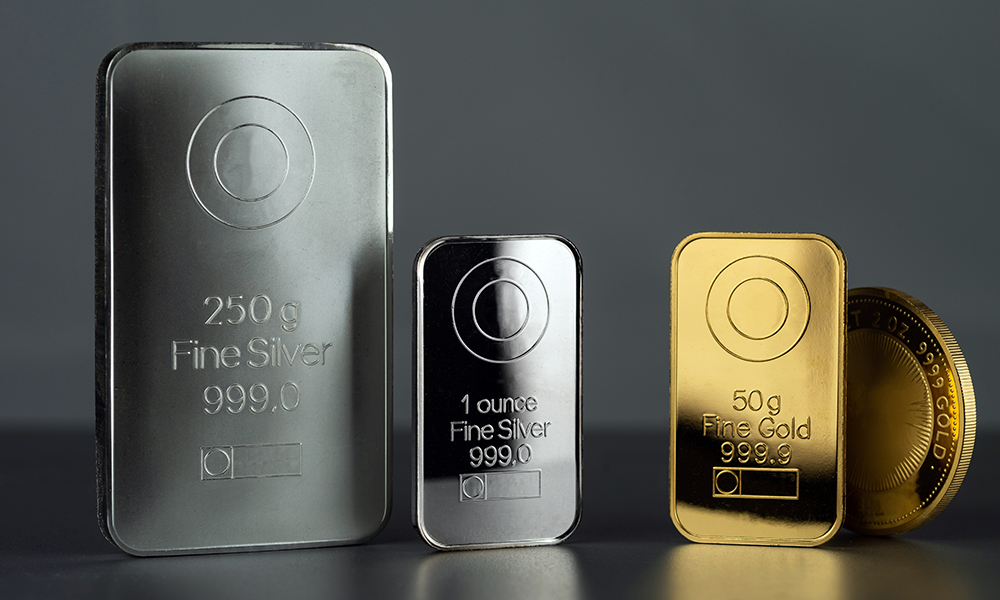 The market is abuzz about the next round of fiscal stimulus coming from Washington, D.C., and the “reflation trade” is dominating the discussion. This trade involves buying commodities, energy, basic materials, base metals like copper… and hybrid monetary/industrial metals like silver.

Of all metals, silver has the highest electrical conductivity. That makes it ideal for solar cells and electric vehicles. So with solar use increasing, and with electric vehicles being the future in the auto industry, the future looks bright for silver.

I still like gold a lot and think it’s likely to rise several-fold in the years ahead. However, at least until the next deflation scare arrives, silver is likely to outperform gold.

If silver were going to enter a bear market after the August 2020 peak, it would have done so by now.

It would have quickly reversed last summer’s sprint from $18 to $29 and fell quickly back into the teens, staying there. But it hasn’t. Silver has spent several months consolidating in a range from $23 to $28.

Why Gold Has Left Silver in the Dust

According to historical ratios, silver has lagged behind gold significantly; however, silver could rise much more than gold on a percentage basis in the months ahead.

Silver and gold were tightly correlated until late 2018 when gold left silver in the dust. That was largely because of silver’s dual role as a monetary metal and an industrial metal.

Gold’s pure-monetary role took off, while a sluggish, more deflationary global economy held back the price of industrially-sensitive silver.

It was a more deflationary environment in the capital markets because by then, the lagged effect of Fed rate hikes and quantitative tightening acted like a vice.

By late 2018, it became obvious that the Powell Fed had over-tightened policy, causing the October-December stock market crash. Then the Fed abruptly began easing because of the market temper tantrum.

Since then, markets have been slowly pricing in the likelihood that the Fed cannot allow real interest rates to be above 0% for years into the future (if ever).

In the Land of Negative Yields, Zero Yield Is King

Negative real interest rates create the perfect environment for precious metals like gold and silver because that environment completely eliminates the historical case for not owning any — that they offer no yield. They indeed offer no yield. But no yield is better than a negative yield.

Real rates were negative for much of the 1970s because even though nominal rates were high, annualized inflation was higher.

In the years ahead, the Fed is likely to pin short-term interest rates at zero and refuse to raise rates, even if inflation rises to 3%, 4%, or 5%. That would result in negative real rates.

Due to the “base effects” from measuring the basket of depressed consumer goods in March 2020, the March 2021 inflation numbers, on a year-over-year basis, will look hot. So will many monthly inflation announcements through the summer months.

Hot inflation numbers in mid-2021 will coincide with another big wave of U.S. deficit spending as stimulus gets passed by the Biden administration.

Fed Chair Powell has said that he will look past these numbers and not view them as a reason to tighten policy. He brushes off concerns that limited supplies of essential goods could lead to higher inflation in the months ahead.

But oil prices are surging, which has a strong influence on reported inflation. Powell might look past these numbers, but it’s not guaranteed that the market will.

It remains to be seen whether households, businesses and investors will view the upcoming inflation spike as a one-off event or as the start of a new trend.

If inflation surprises on the upside and the Fed persists with very easy policy, then investors will reallocate portfolios to gold, silver and other natural resources.

Looking ahead, the inflation that will break out in the coming decade is being seeded by the aggressive deficit spending we saw in 2020 and that we continue to see in 2021 and any year to come with sky-high deficits.

Investors fear that the Fed and the U.S. Treasury are on the path to a de facto merger, making the U.S. dollar look more like an emerging market currency. The Fed is effectively monetizing the government debt that it’s buying and perpetually rolling over on its balance sheet.

In Shakespearean fashion, we have a cast of clueless, rotating characters running the U.S. dollar show. Janet Yellen – the economist who predicted no financial crisis again in her “lifetime” a few years ago – took over for Steve Mnuchin at the Treasury in January.

Because of the March 2020 crisis, she’s armed with a special purpose: to direct taxpayer capital flows into desired securities.

Maybe she will use her power to buy and monetize state and local government bonds instead of simply propping up the bubble on Wall Street? It’s possible.

Jay Powell will likely be appointed for another term as Fed Chair, so the stage is set for a weak dollar. This environment should be ideal for the metals sector of the stock market to gain significant market share from the broader stock market.

Since silver has lagged behind gold so badly in recent years, I expect silver will outperform gold on a percentage basis. Don’t get me wrong, gold prices should increase several times. But silver should do exceptionally well because of its dual roles.

Yes, gold gets all the attention, usually for good reasons. Gold is more valuable. But as Milton Friedman said, “The major monetary metal in history is silver, not gold.”

I think silver has the potential to make new highs above $50 per ounce within a few years (or maybe even within 3-12 months), as wave after wave of fiscal stimulus, combined with stagnant private sector productivity, causes an inflation-phobic mentality to return to the capital markets.

Most investors’ portfolios are loaded up with deflation-friendly assets like Treasury bonds, corporate bonds, municipal bonds, utilities, blue-chip stocks and mega-cap tech stocks. They could try to sell these assets in response to heightened inflation fears… or they could add inflation hedges like silver and gold to their portfolio.

Like Pouring Water From an Oil Drum Into a Shot Glass

If investors rebalance portfolios away from deflation-loving assets and toward precious metals, it will be like trying to pour water from an oil drum into a shot glass. The size difference is too extreme.

Silver is popular with younger, phone-app-based investors, who like to trade it for its volatility and upside potential. And silver is part of the global “reflation trade” I mentioned earlier.

Also, silver is known as “poor man’s gold,” meaning that everyday investors can buy a physical silver investment at just $24 per ounce (before commissions).

An investment in silver today might look very wise in the coming years.

Dan Amoss
for The Daily Reckoning