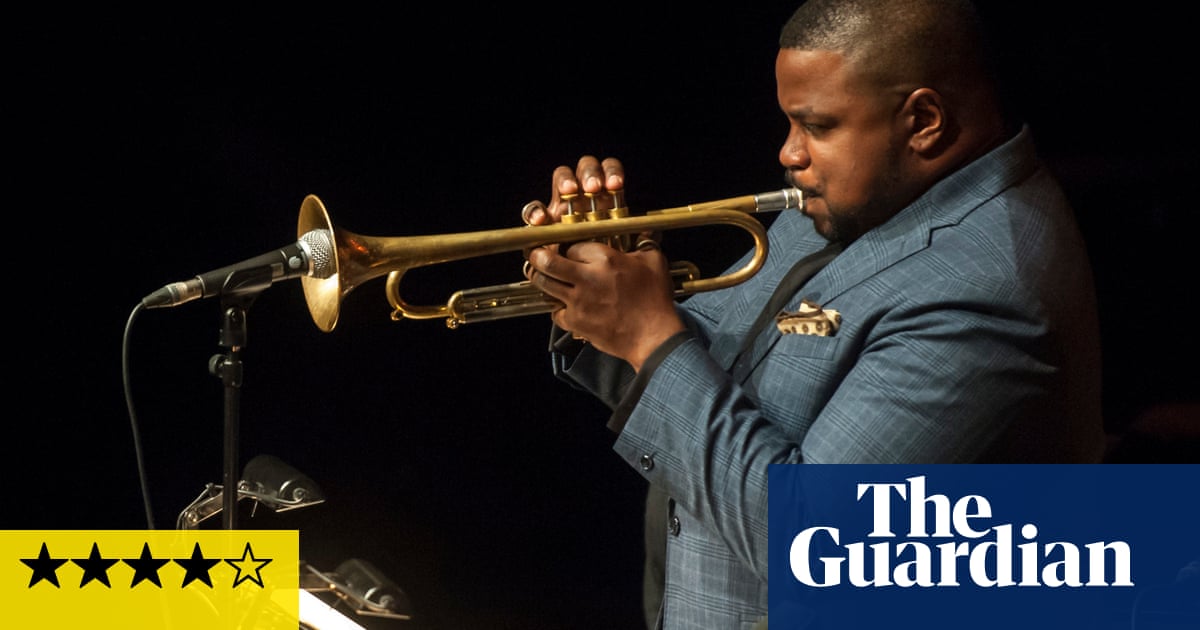 Jeremy Pelt, a trumpet virtuoso who could have dropped without blinking into classic 1960s Blue Note sessions cut years before he was born, has interlaced his familiar mix of agile contemporary bop and elegant ballads with spoken-word passages on African American jazz life, edited from his own interviews with musicians across the generations. Pelt’s inspiration here is the west African griots’ oral history tradition – but if he has invoked those ancient methods to inspire and inform musicians of colour in 21st-century America, this is nonetheless a jazz album for everyone. Pithy themes and punchy soloing are delivered by Pelt’s quintet, including sometime Robert Glasper bassist Vicente Archer, and fluent young Taiwanese vibraphonist Chien Chien Lu.

Octogenarian bassist Paul West tells Pelt that, as a young man seeking guidance from his father, he was advised to “carry Christ wherever you are”. That devout phrase prompts a stately Pelt ballad that soon sheds solemnity as it shifts gears to genre-crossing swing. Underdog spotlights Pelt’s poise on the most devious post-bop rhythmic twists, while Don’t Dog the Source is waywardly Monk-like, driven by drummer Allan Mednard’s chatteringly arrhythmic accents. But the trumpeter’s storytelling powers as a soloist are at their fullest stretch on A Beautiful (Fucking) Lie – a deceptively breezy tune that gathers force, named after singer-songwriter René Marie’s acerbic quote about being taught American patriotism as an African American child raised under the south’s Jim Crow laws. Pelt might have edited his own voice out of his interviews a little more, but this is a bold jazz attempt at bridge-building in a fragmented age.

Also out this month

Fine Kansas-born saxophonist Logan Richardson also focuses on African American history and politics with Afrofuturism (Whirlwind), but they figure in a multilayered sonic epic of found audio, electronics, drum effects, and ethereal vocals. It’s full of fresh ideas, and Richardson’s keening alto sax always cuts through – even if the studio-production barrage makes it sound like hard work even for him. Pat Metheny has released two suites of beguiling original pieces on Road to the Sun (Modern Recordings/BMG) – through-composed for classical-guitar stars Jason Vieaux and the Los Angeles Guitar Quartet, and inimitably Metheny’s music even if he isn’t playing. And American pianist Marilyn Crispell is in storming form with Britons Harrison Smith (reeds) and Eddie Prévost (drums) on ConcertOto (Matchless Recordings), a late-released free-jazz gem from this gifted impromptu trio’s Cafe Oto gig in 2012.