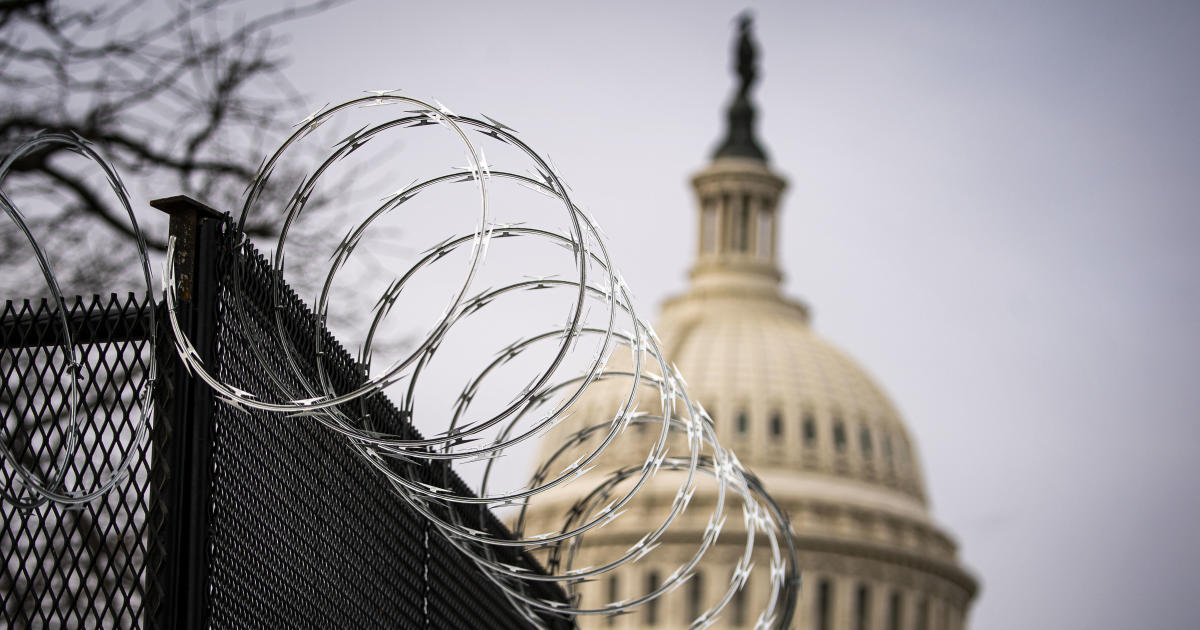 More than 30 members of the House of Representatives are asking their leaders if they may use their congressional allowances to augment their personal safety in their home districts by hiring local law enforcement or other security personnel, according to a letter sent to House leaders Nancy Pelosi and Kevin McCarthy and first obtained by CBS News.

The January 6 attack on the U.S. Capitol left lawmakers with increasing uneasiness about their personal safety in Washington, but even more so at home, where they lack the protection afforded by the Capitol Police – and where most spend the majority of their time.

“Protecting Members in their District is much harder because local law enforcement agencies are stretched and limited, and often don’t have sufficient staffing or money to provide regular protection to Members,” they wrote in a letter. “Except for Leadership, Members do not have security details protecting them. The structure of the Capitol Police and the laws against threatening Members of Congress were first crafted in a much different time when the threat environment was significantly lower.”

“The increased level of threats has overwhelmed the Capitol Police Threat Assessment Section,” the letter goes on to say. “Today, with the expansion of the web and social media sites, so much information about Members is accessible in the public sphere, making them easier targets, including home addresses, photos, personal details about Members’ families, and real-time information on Member attendance at events. Current legal statutes make it extremely difficult to prosecute most threats made against Members of Congress.

Authored by Democratic Representatives Josh Gottheimer of New Jersey and Dean Phillips of Minnesota, the letter is addressed to House Speaker Nancy Pelosi, Minority Leader Kevin McCarthy, and the chairwoman and ranking member of the House Administration Committee, Representatives Zoe Lofgren, Democrat of California, and Rodney Davis, Republican of Illinois. There are joined by 29 other Democrats and one Republican, Michigan Representative Fred Upton.

The lawmakers would like greater latitude in the ways they may spend their Members’ Representational Allowances, known as “MRAs.” The annual allowance, set by the Committee on House Administration, provides members with the operating budget for staff, mail and other office expenses to carry out their official duties. In 2020, the average MRA was $1.4 million per office, according to the Congressional Research Service.

Current rules allow them to use the money to reimburse themselves for security equipment like bulletproof vests, as well as funds for security at local public events. The authors of the letter would like more funds in light of the increased threats they’re receiving, and they want to be able to pay for capital security upgrades at their district offices, local law enforcement or other security personnel in their districts, and other security items to protect them in their homes.

The authors of the letter call the current rules “constrictive and anachronistic” and say they haven’t kept up with current threat levels.

They also want leadership to make “concerted efforts” to keep personal information, like home addresses, private and off of publicly accessible databases. They’d like regular bipartisan security briefings from the U.S. Capitol Police and House Sergeant at Arms, and an independent review with security recommendations for members in the Capitol and in their districts.

Days after the riots this month, Capitol Police briefed House members about various plots by armed militias to surround the Capitol and kill Democrats in order to install Republicans in power.

House Republicans recently received an email from their the general counsel of their campaign arm, the National Republican Congressional Committee, informing them that in light of recent threats to members and their families, they could legally use campaign funds “to install or upgrade and monitor residential security systems that do not constitute structural improvements to your home.”

The NRCC is also seeking an opinion from the Federal Election Commission on whether members can use campaign funds for private security services for their homes and families, according to the letter.

Aaron Navarro contributed to this report.