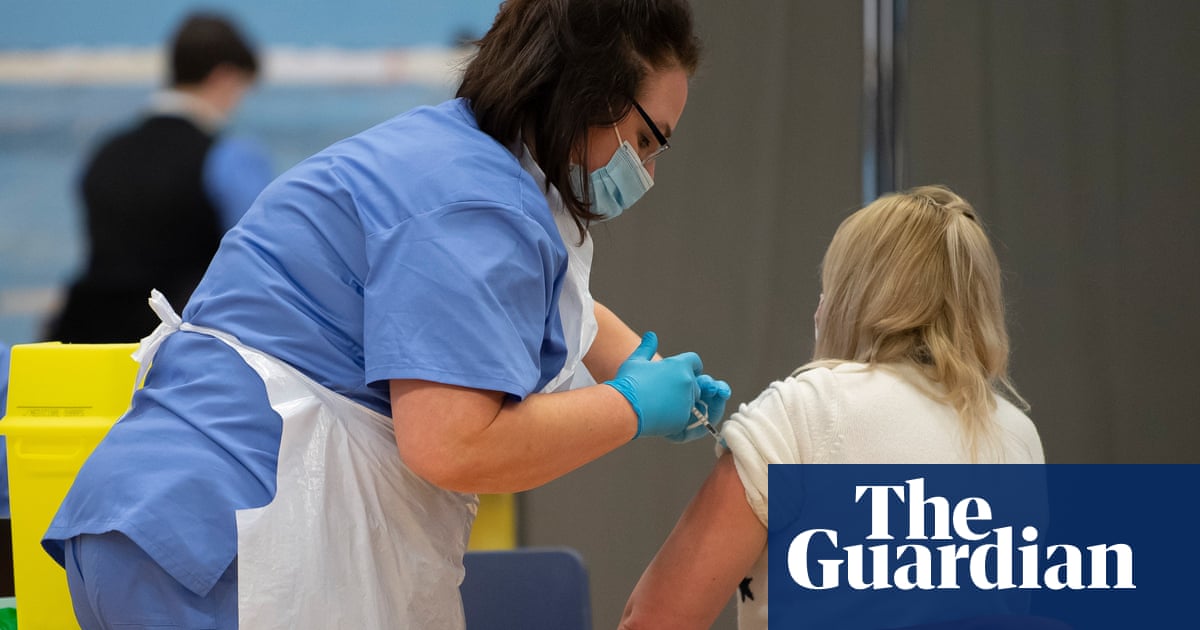 The failure to take a more sophisticated approach to the Covid vaccination programme is leaving some of the most deprived and at-risk individuals, including ethnic minorities, unprotected, the head of the British Medical Association has warned.

The UK government is aiming to offer everyone in the top four priority groups as set out by the Joint Committee on Vaccination and Immunisation (JCVI) – everyone over the age of 70, care home residents, health and social care workers and clinically extremely vulnerable individuals – a first dose by 15 February.

But Chaand Nagpaul, the BMA council chair, said no account had been taken of accompanying JCVI advice that states the programme should pay “due attention to mitigating health inequalities, such as might occur in relation to access to healthcare and ethnicity”.

He said: “We need to be much more sophisticated in making sure the vaccine rollout reaches the people who are at highest risk, beyond the simplistic tiers [priority groups].

“One thing we know is Covid-19 has exacerbated health inequalities. So one of the aims of the vaccination programme should be that in addition to the over-80s and the over-70s etc, there should be a parallel approach of the programme rollout to target health inequalities, especially in deprived communities, and as they apply to ethnic minorities.”

Many minority ethnic groups are more likely to live in deprived areas, in overcrowded housing, and to be in lower-paid, unstable work, often with a high degree of public contact.

Preliminary findings by researchers at the University of Oxford’s DataLab and the London School of Hygiene & Tropical Medicine found black people and those in more deprived areas were less likely to receive the vaccine than others during the first weeks of distribution.

“What we’re now finding is that, let’s say, a healthy white person of 73 years of age, who is actually not mixing with people, living in a rural area, will get their vaccine, which is fine. But a BAME [black, Asian or minority ethnic] 60-year-old who is in an overcrowded environment with other risk factors where you know that they’re at a high risk of death would not fit into that [prioritisation].”

Nagpaul was speaking to the Guardian to mark the launch of the BMA’s national BAME forum, which he said would address “an NHS culture that works against BAME doctors”. He highlighted the fact that 28% of critical care Covid patients in England, Wales and Northern Ireland are BAME, according to the latest figures – twice the BAME representation in the general population in England and Wales.

He said local authorities and public health teams should be able to identify their most vulnerable residents because the links between Covid, deprivation and ethnicity had long been known and in June PHE had called for action to address them.

“There should already have been local plans in how to protect people who are at highest risk in deprived communities from Covid, and the vaccine rollout should have simply been part of that,” he said.

TEXT BELOW THIS IS EMBARGOED UNTIL 0001 ON THURSDAY

Nagpaul’s intervention came as two more studies highlighted BAME health inequalities. The University of Manchester analysis, published in Lancet Public Health, of the responses of 1.4 million over-55s, including 150,000 ethnic minorities, to the England-wide GP Patient Survey, found people from a BAME background were more likely to report poor experiences at their GP surgery and the average health of 60-year-olds belonging to Gypsy or Irish Traveller, Bangladeshi, Pakistani, and Arab groups was similar to that of a typical 80-year-old.

Nuffield Trust and the Health Foundation analysis, published in Lancet Regional Health – Europe, of 41 major A&E units in England between 11 March and 7 April 2020, during the first lockdown, calculated an average 51% drop in attendance but it was 63.5% for black Africans, 75.3% for Bangladeshis and 71.8% for Pakistanis, prompting fears of harms to health and widening of existing inequalities.

The Department of Health and Social Care said: “[The JCVI] advised the immediate priority should be to prevent deaths and protect health and care staff, with old age deemed the single biggest factor determining mortality, and the NHS is now working at pace to vaccinate these groups.

“Under the nine priority groups advised for phase one, those over 50 years of age and all adults in a medical risk group will be eligible for vaccination. Prioritisation of people with underlying health conditions will provide for greater vaccination of BAME communities who are disproportionately affected by such health conditions.”