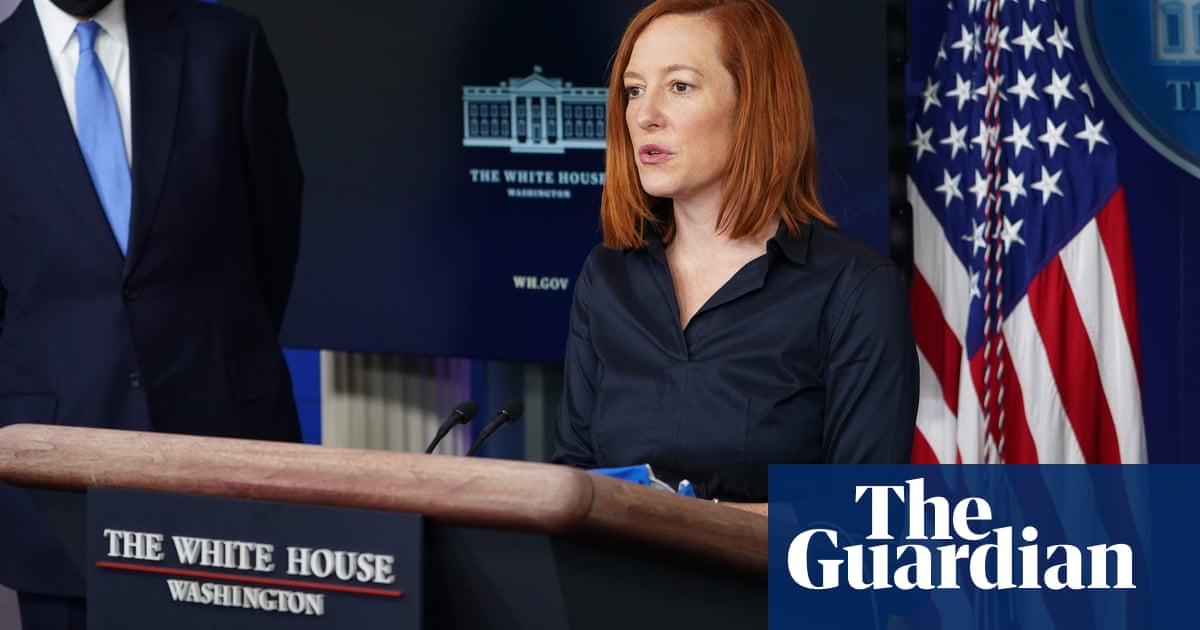 The White House has said it is “monitoring” the extraordinary surge in the share price of ailing video games retailer GameStop and other companies amid a surge of bets by small investors discussing their investments online.

Wednesday’s announcement by press secretary Jen Psaki came as the Treasury and the Securities and Exchange Commission said they were “aware of and actively monitoring the ongoing market volatility in the options and equities markets”.

GameStop’s shares have soared this year as an army of small investors have bought in hoping to profit off Wall Street bets that the company’s share price will fall. The company’s shares soared another 135% on Wednesday to over $347, up from $3 last April.

The battle royale between Wall Street and small investors who have gathered on Reddit to discuss tactics and celebrate their recent successes intensified on Wednesday when a US hedge fund that has invested heavily betting on the failure of the struggling video game store pulled out, costing the financial firm a fortune.

Melvin Capital Management, one of a number of Wall Street firms that stood to make money for investors if GameStop’s shares plummet, has told CNBC it has closed out its short position after taking a huge loss.

The hedge fund, which has lost 30% of the $12.5bn (£9.1bn) it manages this year, was outmanoeuvred by an army of Reddit users from the forum “Wall Street Bets”. The group sought to punish the financial giants betting against GameStop by sending the chain’s shares soaring.

The David and Goliath battle has attracted the attention of Elon Musk, the Tesla and SpaceX chief executive who earlier this month became the world’s richest person, who joined the fray posted tweet earlier this week about the company and its Reddit supporters. His intervention reportedly helped the company’s stock surge 50% in after hours trading on Tuesday. Musk, who is affectionately referred to as “Papa Musk” by supporters on the stock trading discussion group, tweeted the single word “Gamestonk” and a link to the Reddit group. “Stonks” is a tongue-in-cheek term for stocks that is widely used on social media.

The army of traders have declared war on the Wall Street companies looking to “short” GameStop, which involves “borrowing” a company’s shares and selling them with the intention of buying them back cheaper when the company’s share price falls, and it has proved to cost them billions.

Andrew Left, Citron’s founder, has now given up shorting the stock citing harassment by GameStop supporters, according to CNN. Melvin Capital threw in the towel just days after raising a $2.75bn bailout from backers including Point72 Asset Management, run by the New York Mets owner, Steve Cohen.

A year ago shares in GameStop, which plans to close 450 stores this year, traded at $3.25 each. Now the 37-year old chain is one of the hottest stocks on Wall Street, closing on Wednesday at $347.51, up more than 700% since 1 January. Supporters of GameStop are now in victory mode as the rocketing stock has seen its market value hit $22bn. The US betting site MyBookie as called it the “short squeeze of the century” and reckons GameStop’s stock is on track to hit $420-a-share by April.

Amateur traders have been boasting of their wins, with one telling the Reddit forum: “I can now write my mom a check and put my sister through lymes [disease] treatment.”

The meteoric rise has been fuelled by small investors snapping up the stock when it was cheap, using the trading app Robinhood and others services, seeing it as an opportunity to make money if the company can recover.

Small investors began piling in last September after Ryan Cohen, founder of the online pet food giant Chewy, took a 13% stake in GameStop and began lobbying for it to go digital and become a serious rival to Amazon.

However, analysts warn of concerns over a potentially unsustainable bubble emerging off the back of gossip over actual financial performance.

“Amateur investors on social media platform Reddit are engaged in a battle with hedge funds which are shorting GameStop and several other stocks including Blackberry and Virgin Galactic,” said Russ Mould, investment director at AJ Bell. “[This] raises fears about a bubble in the markets given these stocks are being backed on little tangible news.”