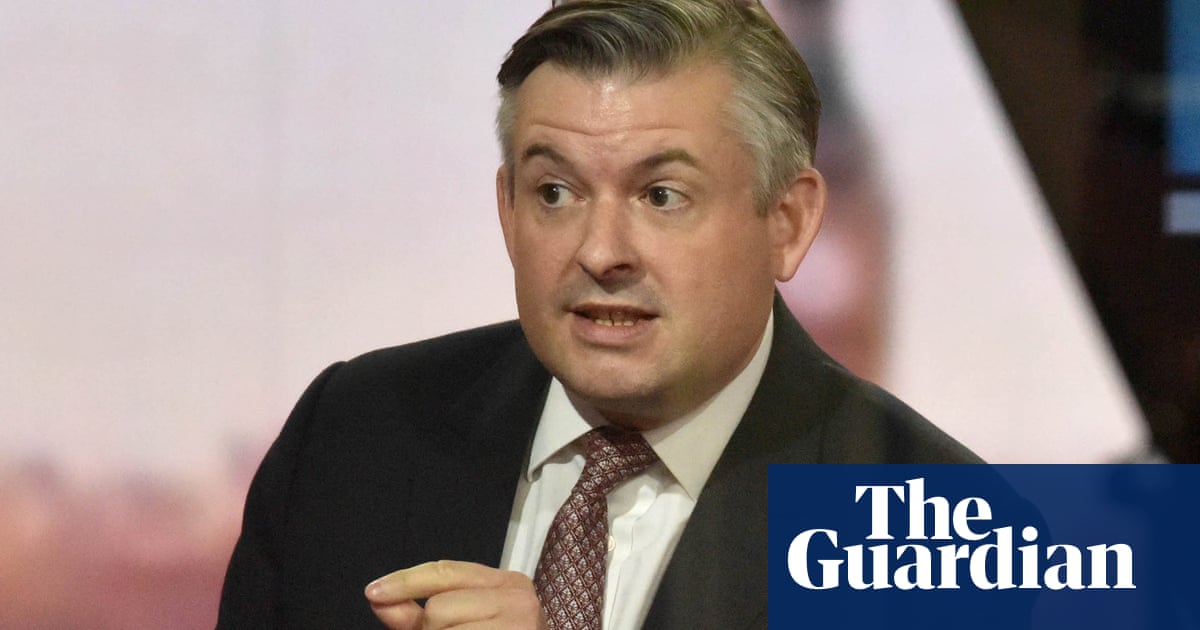 Labour has accused government of making “monumental mistakes” in its handling of the pandemic, as ministers continued to insist they did everything they could to try prevent more than 100,000 deaths from the virus.

The shadow health secretary, Jonathan Ashworth, said a “litany of errors” had led to the UK having the fifth highest death toll in the world and the highest death rate per capita.

“I just don’t believe that the government did do everything we could,” he told the BBC Radio 4’s Today programme.

He added: “We all accept these are challenging times for any government, this is a virus which has swept across the world with speed and severity and it continues to spread ferociously … But monumental mistakes have been made, we have had a litany of errors in the last 12 months, and he didn’t have to make these mistakes.

“It’s just horrendous on every front … I’m sorry, I’m really sorry, I just do not believe that Boris Johnson did everything we could, I just can’t accept that.”

Sky News repeatedly challenged the communities secretary, Robert Jenrick, over Johnson’s assertion on Tuesday that the government had done everything it could to try to prevent Covid deaths.

“It feels that the prime minister is gaslighting the entire nation at the moment,” said the presenter Niall Paterson said.

Jenrick responded: “That’s extremely unfair. The prime minister has said that he takes personal responsibility for steps that have been taken. Nobody has worked harder than the prime minister.”

He added: “There were no easy answers, there was no textbook as to how to respond to this, but on each occasion we followed the best available advice and took the decisions that were right for the country.”

Presented with a series of widely accepted mistakes in the government handling of the virus including a slowness to lockdown, shortages in personal protective equipment, guidance on masks, the failure to protect care homes and the lack of border checks, Jenrick said: “There are things which we could and would have done differently with the benefit of hindsight.”

He added: “We took the decisions that we could at the time, on the basis of the information that was available to us and we did everything that we could to protect people’s lives.”

On the changing rules in the run-up to Christmas, Jenrick said: “As soon as we learned about the Kent variant, we did take very swift action. That information was presented to the prime minister on a Friday, by the Saturday, he was addressing the country, changing people’s bands, limiting the ability to come together over the Christmas period and locking down large parts of the country, including the capital city.”

UK Covid live: Johnson wrong to say he did everything he could to save lives, says Labour

Jenrick’s comments came as it was confirmed that Johnson was planning to publish a document by mid-February in which the government’s plans for lifting the lockdown would be set out.

At Tuesday’s Downing Street press conference, the prime minister said: “What I will be doing in the course of the next few days and weeks is setting out in more detail as soon as we can when and how we want to get things open again.”

A government source confirmed Johnson was expected to do so in a document that spelled out the criteria for lifting the restrictions and would suggest the order in which different sectors could reopen.

The health secretary, Matt Hancock, will update the Commons on the latest developments in the pandemic later on Wednesday.

He has previously set out four criteria for loosening lockdown rules: the absence of any dangerous new variants; the success of the vaccine programme; falling hospital numbers; and a falling number of deaths.

Ministers have repeatedly said schools will be the first thing to reopen and have suggested restrictions are likely to be lifted at different rates in different parts of the country, depending on the prevalence of the virus.

Jenrick also confirmed that the home secretary, Priti Patel, would be making a statement in parliament later on Wednesday about tougher rules for those arriving into the UK. Patel is expected to require travellers from Brazil and South Africa to quarantine in hotels to stop the spread of new variants from those countries.

Asked about the plan, Ashworth told the Today programme: “It’s a mistake because what we now know is 12 months ago, when the government for a few weeks quarantined people returning from Wuhan and had restrictions in place for one or two other countries, we actually seeded the virus in this country from a number of European nations where we hadn’t put any controls in place and that was why we had such a poor response as a nation because of the failure to put in these border controls 12 months ago.”