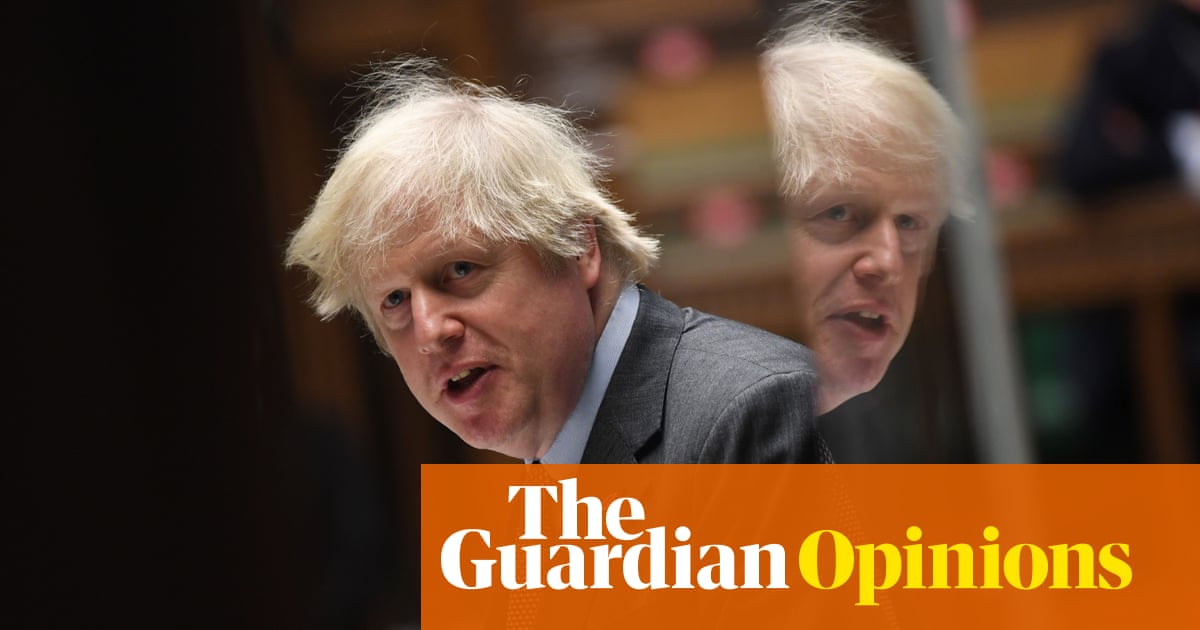 If not now, then when? With the UK having passed the unwanted “world-beating” milestone of 100,000 coronavirus deaths the previous day, it was inevitable that prime minister’s questions would be dominated by Keir Starmer asking what lessons Boris Johnson had learned about his government’s handling of the crisis.

“I take full responsibility,” said a downbeat, almost abject Johnson. The few MPs inside the chamber did a quick double take. Boris had never previously shown any signs of taking responsibility for anything in either his private or public life, so why the personality transplant? Was it really possible that the man whose life had been devoted to the pursuit of his own hedonistic ambition might finally come clean about his own failings?

Er … no. There would be a time for a reckoning but that moment had not yet come. Just as it had not come after any number of mistakes over the past 10 months. Too late to implement a first lockdown. Too timid to sack Dominic Cummings for the Durham safari. Too slow to put a working track-and-trace system in place. Too late to impose a second lockdown that had been recommended by government scientists. Too quick to send people back to work and eat out. Too slow to respond to the Covid variant. Too slow to impose tougher restrictions at Christmas. Too slow to initiate a third lockdown.

The Labour leader could have gone on. Each mistake had cost lives, yet Johnson reserved the right to carry on without learning anything. Or taking responsibility for anything. Why learn lessons now when you can cram them all in together right at the end? Any inquiry could wait until after the vaccination programme had bought him some public goodwill. No matter how many more mistakes he made in the meantime; his run of bad luck had to end sooner or later. Yet again, satire had been undone by the reality. All that’s left for the sketch on days like this is a simple stenography service.

This was Johnson at his most churlish and defensive. A childish refusal to even engage with the questions, let alone answer them. But then that’s the place to which he always psychologically retreats when he’s up against it. Rather than saying that Starmer’s idea of vaccinating teachers during the half-term break after the four most vulnerable groups had been inoculated was not backed up by medical advice, he bunkered down in his comfort zone of challenging Labour to say schools were safe. Which, of course, they aren’t. Otherwise they would all still be open. For a supposedly clever man, Boris can be remarkably dim.

As he always does, Starmer chose to play it cool rather than go for all-out attack. One day he might surprise us all, go berserk and start yelling “I can’t take any more of this bullshit” – hell, he would only be voicing what most people watching PMQs are thinking – but he seems a long way off that yet. Rather he just makes his point and lets Johnson make a spectacle of himself. Which the prime minister duly did by accusing Starmer of playing party politics with the pandemic. As so often, he mistakes the guilt of others for his own. Johnson regards even the most gentle challenge as a life-threatening narcissistic wound.

“The public just want us to come together,” Boris concluded. And in a way he was right. What the country really wants is for some Tory backbenchers to find a spine and admit that terrible mistakes have been made. That more than 100,000 dead is an unacceptable price to pay for a party leader whose entire life has just been a vanity project. Think about it. The equivalent of an entire small city wiped out and not a single ministerial resignation.

Combat was resumed an hour later when Johnson gave a ministerial statement to update the Commons on the Covid pandemic. Finally there were to be some, as yet to be fully determined, hotel quarantine restrictions for arrivals from South Africa and South America – though far too late in the day for many – and, to no great surprise, schools now wouldn’t be reopening before 8 March at the earliest. He also promised a roadmap out of lockdown that no one believed for a second would work out as planned. Not least because Boris promised it would be open to revision, while still providing clarity. Go figure.

In reply, Starmer rather went through the motions. All that could be said had been said long ago and he couldn’t force himself to rise to the challenge of finding new ways of getting Boris to take responsibility for his actions. So he merely repeated many of his lines from PMQs while throwing in the added observation that the prime minister’s claim to be balancing the nation’s health with the economy wasn’t working out so well.

Except it was, as the scales were just about level. Along with the worst death rate in Europe, we’ve also got the worst economic figures. Something to be proud of, I suppose. Not that Johnson was that bothered. He’d got Starmer off his back for the second time in a day and he could now accept the plaudits of some of his more deluded backbenchers, such as Peter Bone, who thought that only Brexit could save the country from coronavirus. At times like these, Johnson is happy to get his kicks wherever he finds them.