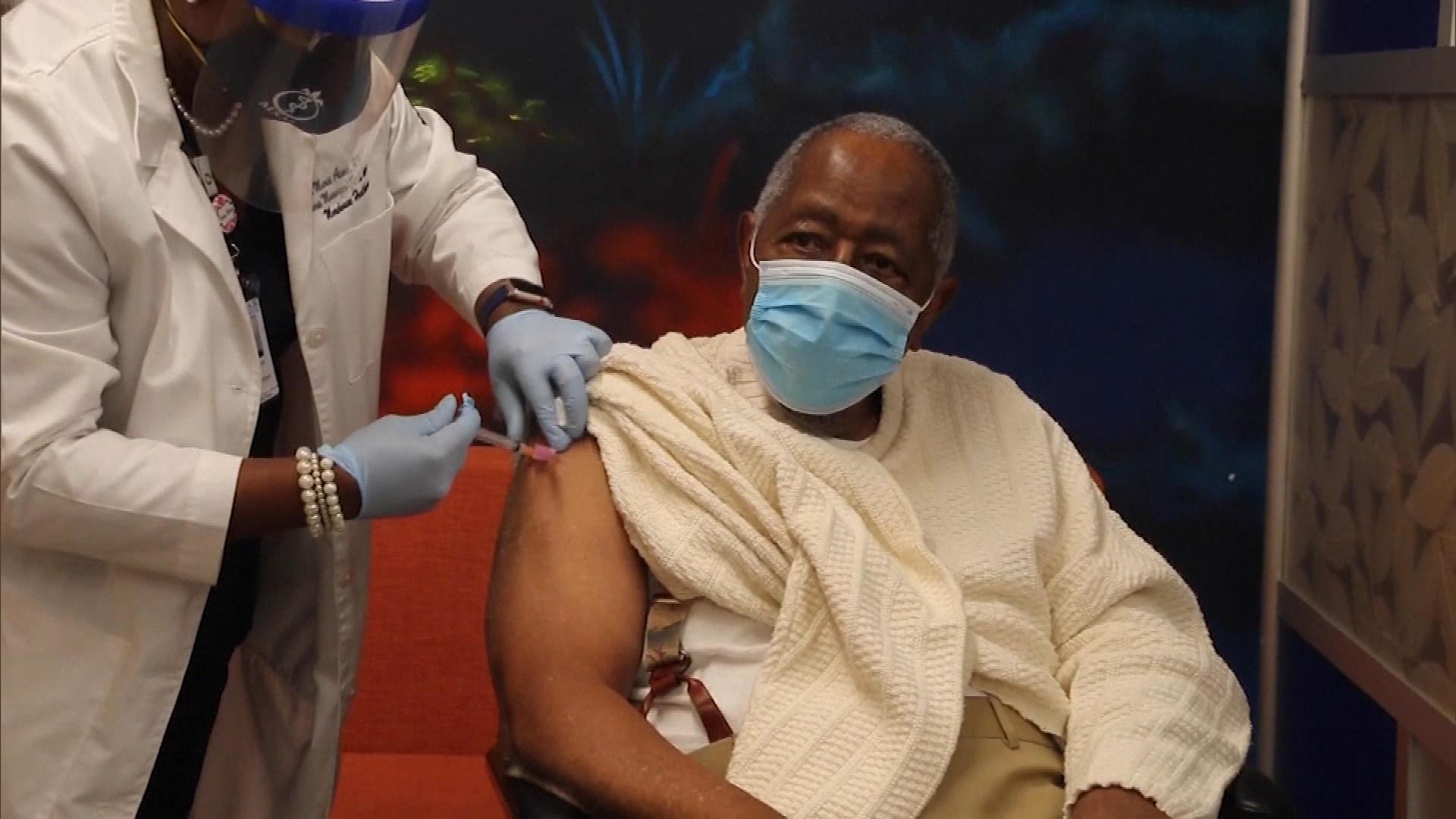 The 86-year-old Hall of Famer was vaccinated on Jan. 5 as part of a campaign to encourage Black people to get their shots. He died in his sleep 18 days later, and anti-vaxxers pounced on the coincidence.

But officials stressed that Aaron’s passing was completely unrelated to the vaccine.

“I feel quite proud of myself for doing something like this,” Aaron said after getting his vaccine. “It’s just a small thing that can help zillions of people.”

Other civil rights activists were vaccinated the same day.

Severe reactions to the vaccine have been exceedingly rare, according to the Centers for Disease Control. As of Jan. 10, over 4 million first doses of the Moderna vaccine had been administered in the United States.

Of the 4 million, there were 1,266 “adverse events” reported to the CDC, 108 of which were identified for further review as a potential severe allergic reactions. Only 10 of the severe cases turned out to be anaphylaxis, a rate of 2.5 cases per million doses administered.