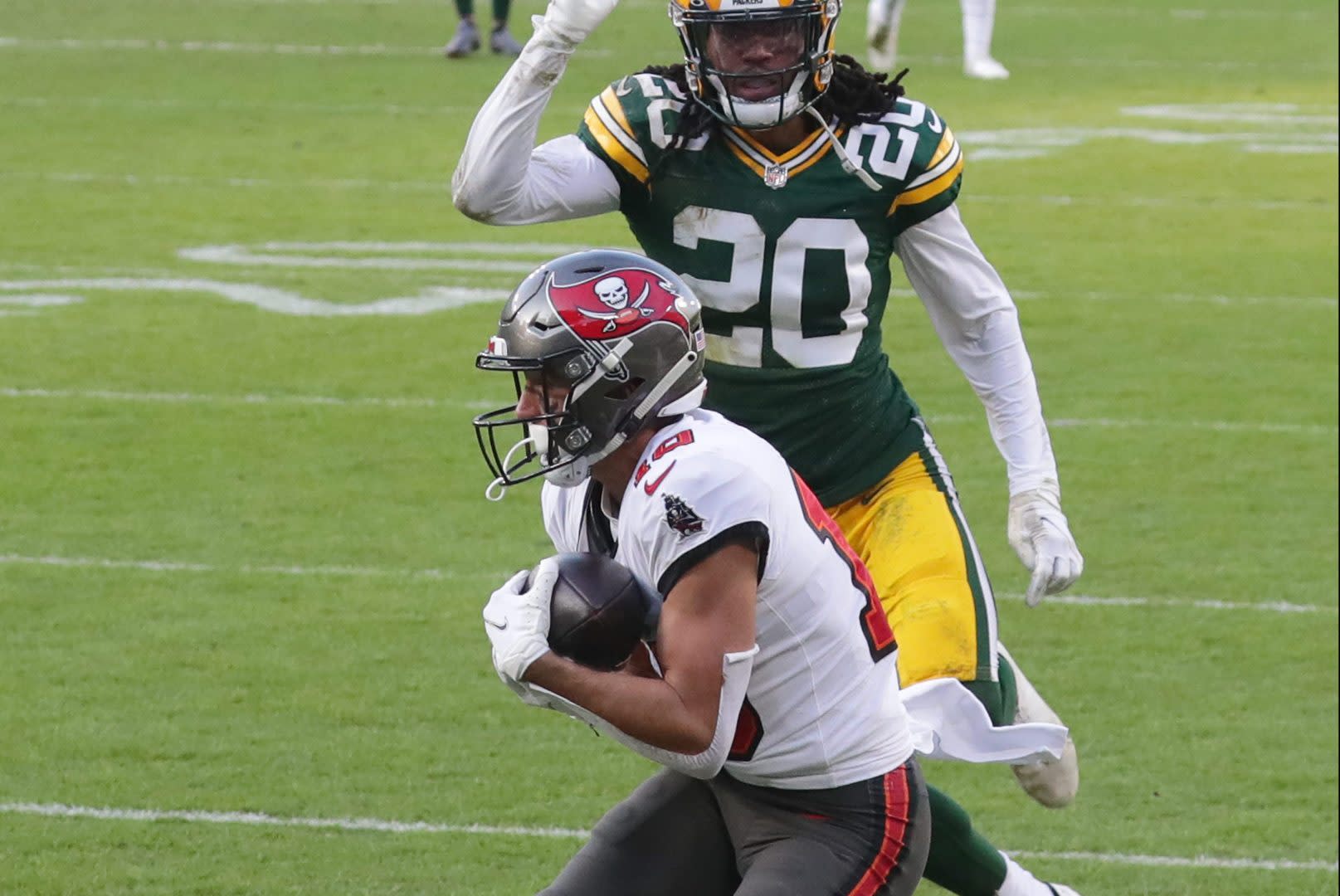 Kevin King did not have his best game Sunday. The Packers cornerback, who played after being questionable with a back injury, gave up a 39-yard touchdown to Scotty Miller on the next-to-last play of the first half and drew a penalty for defensive pass interference on Tyler Johnson late in the fourth quarter.

But King doesn’t bear as much responsibility as defensive coordinator Mike Pettine for the play before halftime, which frankly has become overshadowed by the final 2 1/2 minutes of the game.

The day after one of the most disappointing losses in the Packers’ long history, tire tracks are everywhere, including down Pettine’s back.

Matt LaFleur’s comments immediately after the game invite a question about whether Pettine’s future already is decided.

“It was man coverage. Definitely not the right call for the situation, and you can’t do stuff like that against a good football team and expect to win,” LaFleur said, via Jason Wilde of Wisconsin State Journal. “When you look at it, there was 120 some-odd plays on both sides of the ball plus all the special teams. There were a lot of plays in that game that could have been made, that could have changed the outcome of the game.

“But the ones that really hurt us the most were that play, and then to come out to start the second half, [Aaron Jones] had the fumble and they score to make it 28-10. That really was the big difference in the football game. You just can’t do that stuff.

“I blame us as coaches for putting our guys in that situation. That’s inexcusable. That should not have happened. So we’ve got to take a look at it, do some self-reflection, and try to figure out ways on how that can’t happen again.”

The Bucs were ready to punt on fourth-and-four from the Green Bay 45 before rethinking it after a timeout. They picked up a first down on a Tom Brady throw to Leonard Fournette to the 39 and called their final timeout with eight seconds left.

Brady saw Miller get a step on King, who was in one-on-one coverage, resulting in a touchdown with one second left in the half and a 21-10 halftime lead.

Hall of Fame coach Tony Dungy was among those critical of the Packers’ coverage in that situation, writing, “That may be the worst defensive design I’ve ever seen with 8 seconds and no timeouts left. Green Bay — I’m not sure how you play inside technique man to man and [not] just play zone and protect the sideline and the end zone? Amazing.”