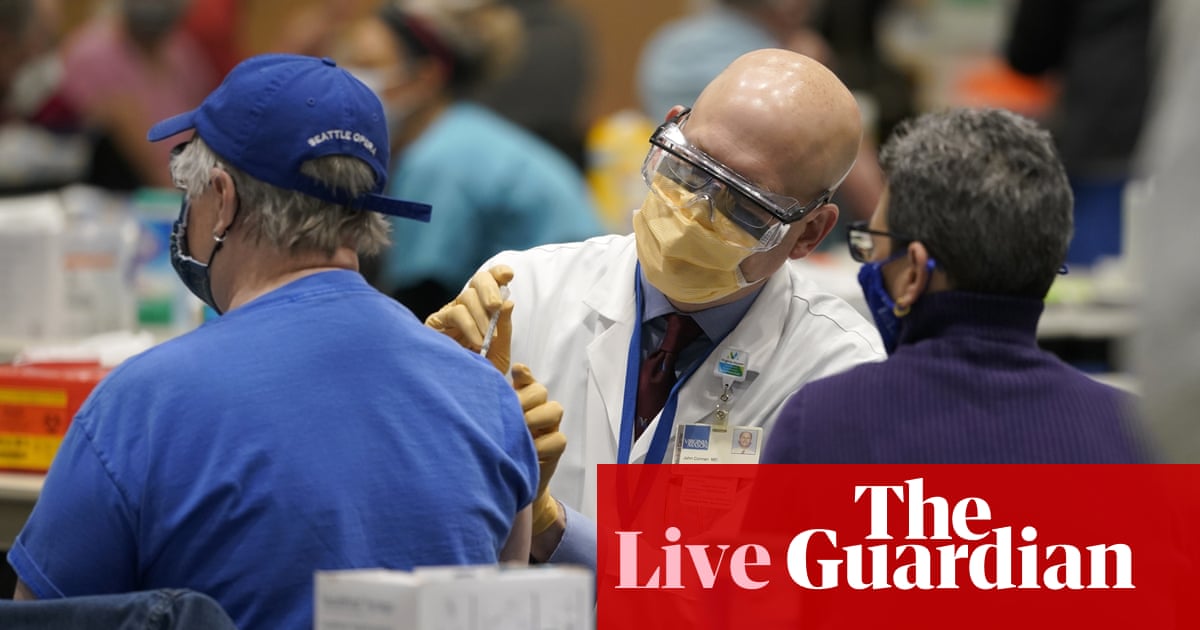 On Christmas morning, Siouxsie Wiles got a call from her father-in-law. He he had woken up feeling fluey after attending an event a few days before.

As he spoke, Wiles looked up his closest Covid-19 testing centre on her phone. “I recommend you give them a call,” she told him, “because you are not coming for Christmas dinner.”

Her parents-in-law had been down to bring the ham. Christmas was, if not exactly cancelled, deferred to the day after Boxing Day, when Wiles’ father-in-law’s test came back negative.

It will no doubt have struck some as an overreaction. Wiles and her family live in Auckland, where local transmission of coronavirus had not been recorded since November. Since then, life in New Zealand had seemed deceptively normal.

That is what concerns Wiles. Last January she was a microbiologist at the University of Auckland, specialising in the scientific possibilities of bioluminescence, as well as a widely awarded media commentator.

Twelve months later, Wiles is New Zealand’s most famous scientist (at least its most visible, thanks to her trademark pink hair) and a lynchpin of its pandemic success, having been tireless and ever-present in her efforts to explain how the virus spreads:

‘No system is perfect’: Siouxsie Wiles on New Zealand’s fight against Covid complacency

The Covid-19 vaccine divide between rich and poor nations is worsening by the day, the World Health Organization warned Monday, insisting the failure to distribute doses fairly could cost the global economy trillions of dollars.

AFP reports that the WHO said it needed $26bn this year for its programme aimed at speeding up the development, procurement and equitable delivery of vaccines, treatments and tests to beat the coronavirus pandemic.

“Rich countries are rolling out vaccines, while the world’s least-developed countries watch and wait,” lamented WHO director-general Tedros Adhanom Ghebreyesus.

“Every day that passes, the divide grows larger between the world’s haves and have nots,” he told a press conference.

“Vaccine nationalism might serve short-term political goals. But it’s in every nation’s own medium and long-term economic interest to support vaccine equity.”

Tedros cited a study commissioned by the Research Foundation of the International Chamber of Commerce, which represents more than 45 million companies in over 100 countries.

“Vaccine nationalism could cost the global economy up to $9.2tn, and almost half of that – $4.5tn – would be incurred in the wealthiest economies,” he said.

The report said that the financial damage of the pandemic in wealthy countries could not be fixed unless the impact of the crisis in developing nations was also addressed, due to the inter-connectivity of economies around the globe.

Tedros said investing in the so-called ACT Accelerator programme, to try to curtail the pandemic on a pooled and equitable basis, was therefore not charity, but simply “economic common sense”.

Moderna said on Monday it believes its coronavirus vaccine protects against the British and South African variants, although it will test a new booster shot aimed at the South Africa variant after concluding the antibody response could be diminished, Reuters reports.

Britain’s health minister and health officials have said they believe the Pfizer and AstraZeneca vaccines being rolled out in the country work against the UK variant.

Reuters: the announcement marked the most tangible sign yet that California, which emerged in recent months as a leading US hotspot of the pandemic, has moved beyond the worst days of a crisis that pushed much of its healthcare system to the breaking point.

The improved outlook in California, the most populous US state with 40 million residents, came as the country as a whole surpassed the alarming milestone of 25 million known infections, with nearly 419,000 lives lost during the pandemic.

California’s stay-at-home restrictions, among the most stringent constraints on business and social life imposed anywhere in the country, were triggered in early December when available space in hospital intensive care units reached maximum capacity.

US President Joe Biden on Monday appeared to boost his goal for coronavirus vaccinations in his first 100 days in office, suggesting that the nation could soon be vaccinating 1.5 million Americans on average per day, AP reports.

Biden signalled his increasing bullishness on the pace of vaccinations after signing an executive order to boost government purchases from US manufacturers. It was among a flurry of moves by Biden during his first full week to show he’s taking swift action to heal an ailing economy as talks with Congress over a $1.9tn stimulus package showed few signs of progress.

Biden’s new vaccination target comes after he and his aides faced criticism for the 100 million goal in his first 100 days in office. The US has exceeded a pace of 1 million doses per day over the last week.

Biden added that he expects widespread availability of the vaccines for Americans by spring, with the US “well on our way to herd immunity” necessary to end the pandemic by summer. Even so, he warned the nation was going to be “in this for a while, and could see between “600,000 and 660,000 deaths before we begin to turn the corner in a major way.”

Hello and welcome to today’s live coverage of the coronavirus pandemic with me, Helen Sullivan.

US President Joe Biden says that he expects widespread availability of the vaccines for Americans by spring, with the U.S. “well on our way to herd immunity” necessary to end the pandemic by summer. Even so, he warned the nation was going to be “in this for a while, and could see between “600,000 and 660,000 deaths before we begin to turn the corner in a major way.”

Here are the other key developments from the last few hours: