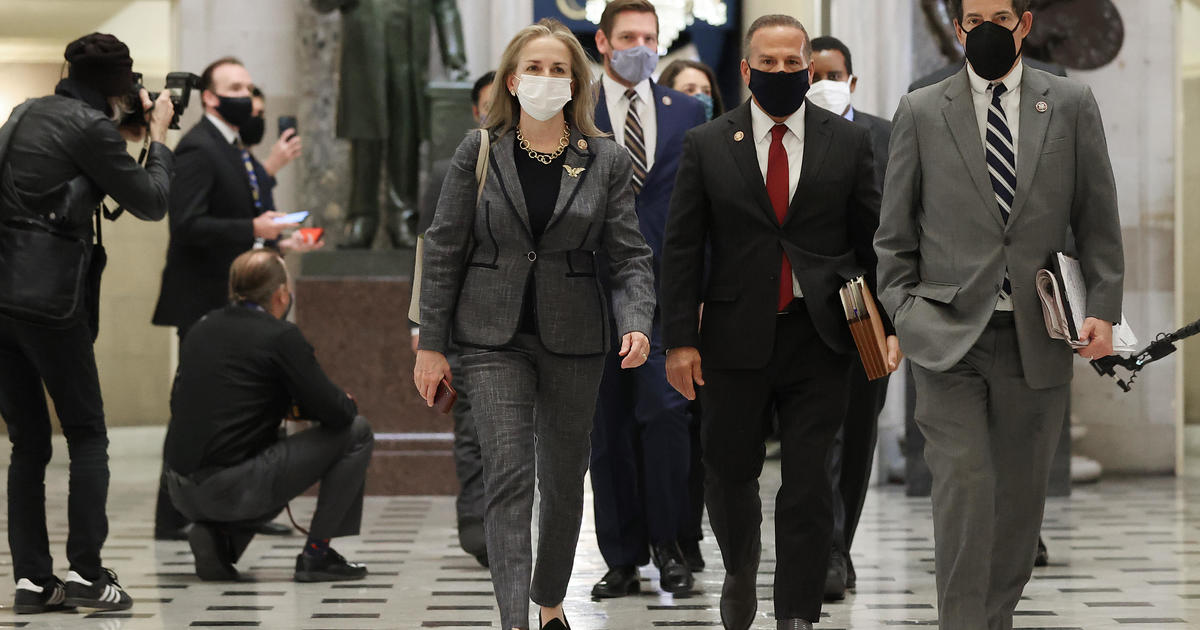 The article of impeachment against President Trump will be delivered to the Senate on Monday at 6:55 p.m. and the House impeachment managers will present, exhibit and read it aloud starting at 7 p.m. The trial will begin the week of February 8.

CBS News and CBSN will broadcast the presentation of the article impeachment. CBS News will broadcast it as a Special Report, led by “CBS Evening News” anchor Norah O’Donnell, and Elaine Quijano will anchor CBSN’s coverage. Legal and constitutional expert Jessica Levinson will join Quijano to offer analysis.

The House impeached Mr. Trump on January 13 on a charge of inciting an insurrection. One week earlier, Mr. Trump told his supporters at a rally to “fight like hell” as members of Congress prepared to count the Electoral College votes. A mob of his angry backers then stormed the U.S. Capitol, sending lawmakers into hiding and delaying the electoral count for nearly six hours. The rioters shattered windows and broke down doors to gain access to the halls of Congress, and five people died in the melee.

House Democrats brought the impeachment resolution to a vote with unprecedented speed, reflecting the severity of the assault on the Capitol and the limited time left in Mr. Trump’s term. Mr. Biden became president on January 20, so Mr. Trump will be first president to have an impeachment trial after leaving office.

After the article of impeachment is read on Monday, senators will be sworn in as members of the impeachment court on Tuesday, January 26. Then both the impeachment managers and the president’s defense team will draft their briefs for trial.