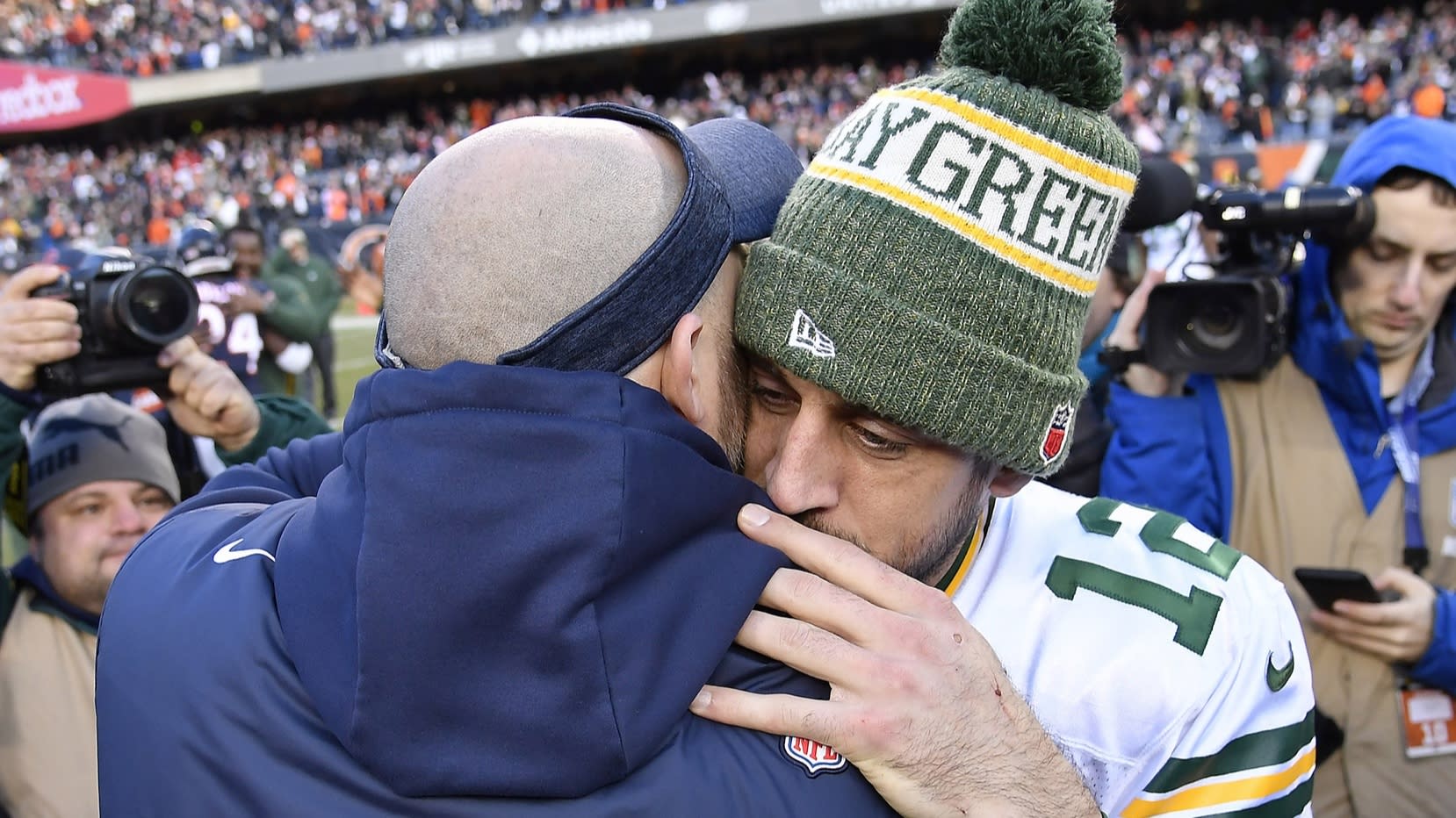 If you’ve been following Aaron Rodgers closely since the Packers drafted quarterback Jordan Love with the 26th overall pick in the 2020 NFL Draft, you know that Sunday night was not the first time he openly questioned his own future in Green Bay.

From subtle hints to direct comments in press conferences and joking/not-joking commentary on his weekly appearances on the Pat McAfee Show, Rodgers has seemingly come to terms with the reality that he will not end his career with the Packers.

In fact, even last week – before the Packers’ 31-26 loss to the Buccaneers in Sunday’s NFC Championship Game – Rodgers said: “My future is a beautiful mystery.”

Frankly, for most of 2020, Rodgers sounded like an unhappy quarterback that happened to be playing for a very good team. In an 8-8 season, Rodgers’ future likely would have been an on-going conversation on a weekly basis. Instead, because the Packers went 13-3 — and really only had one bad week during the regular season — Rodgers’ comments weren’t taken seriously until he sounded dejected and resigned after Sunday’s crushing loss.

“A lot of guys’ future are uncertain, myself included,” Rodgers said. “That is what’s most sad about it. Getting this far, obviously there’s going to be an end at some point whether we make it past this one or not, but just the uncertainty is tough and the finality of it all.”

One of the reasons why you should take Rodgers seriously is because he’s been the most honest and thoughtful quarterback to speak publicly throughout the season. His press conferences have been introspective and his interviews with McAfee refreshingly real.

Rodgers has accepted the idea of him leaving Green Bay. You should too.

The question now, is when?

Considering Rodgers just got through Year 1 of a four-year extension, 2022 always seemed like the earliest exit point. But if Rodgers wants out now, it’s not impossible to trade him. And if he really wants to, he can force an exit by threatening to retire.

According to contract details available on Spotrac.com, if the Packers trade Rodgers before a $6.8 million roster bonus is paid in March, they would carry an enormous $31.556 million cap charge in 2021, but that’s still $6 million less than if he plays for Green Bay in 2021, and they would also free up nearly $40 million in cap space in 2022 and over $28 million in 2023. Considering the haul the Packers would receive in return for the reigning league MVP, those aren’t untenable numbers.

And remember, the team trading for Rodgers would get him for around $22 million in 2021, $25 million in 2022 and $25 million in 2023, which is a bargain for a Hall-of-Fame quarterback who is showing no signs of slowing down. There will be a high demand for his services.

And that isn’t the Packers’ only option. If they eat the March bonus and trade Rodgers after June 1, the Packers could split the cap charge between 2021 and 2022, which would create somewhere around $23 million in cap space in 2021. If the Packers wait until 2022 to trade him, they would carry the same cap charge in 2022 as they would with a post-June 1 trade in 2021 and there’s no guarantee they would receive the same trade haul. Rodgers will be a year older and might not be coming off such a dominating season as he is now.

As insane as the idea of trading Aaron Rodgers seems, if an eventual divorce is inevitable, there’s an argument that both sides would be better off splitting up now.

And Rodgers knows all this. He’s one of the smartest quarterbacks in the league, not just on the field, but off the field as well. He’s well versed on the business of the NFL. You better believe Tom Brady’s exit in New England and Super Bowl appearance in Tampa is resonating with him. As is the power play Deshaun Watson is pulling in Houston.

“There’s a lot of unknowns going into this offseason now. I’m going to have to take some time away for sure and clear my head and see what’s going on with everything,” Rodgers said. “It’s pretty tough right now, especially thinking about the guys who may or may not be here next year. There’s always change, that’s the only constant in this business. It’s really tough to get to this point. It’s really, really tough, especially with there being only one bye week in the playoffs. It’s a grind just to get to this point, and that makes the finality of it all hit you like a ton of bricks.”

After losing in the NFC Championship Game last year, Rodgers watched Packers general manager Brian Gutekunst draft his replacement instead of a wide receiver or a defensive upgrade that could have helped him beat the Buccaneers Sunday night. That’s one of many reasons why his despondent press conference was not nearly as surprising as it seemed in the moment. Packers head coach Matt LeFleur made it clear he wants Rodgers back next season, but it’s probably not up to him.

That is why the entire league – including the Chicago Bears — should be watching the situation in Green Bay very closely. There’s almost no scenario in which the Packers would trade Rodgers to Chicago, but any trade that takes him out of the NFC North is a win for the Bears. And if Rodgers ever reaches free agency again, well, then the idea of him quarterbacking the Bears can’t be ruled out completely. He has said that Soldier Field is one of his favorite places to play.

While Rodgers doesn’t plan on retiring any time soon, he knows the clock is ticking on his career. And he doesn’t want to end it with just one Super Bowl ring. Rodgers was committed to earning another ring in Green Bay — until the Packers very publicly announced that they were already planning life without their star quarterback.

Now that life might start a year earlier than they wanted.