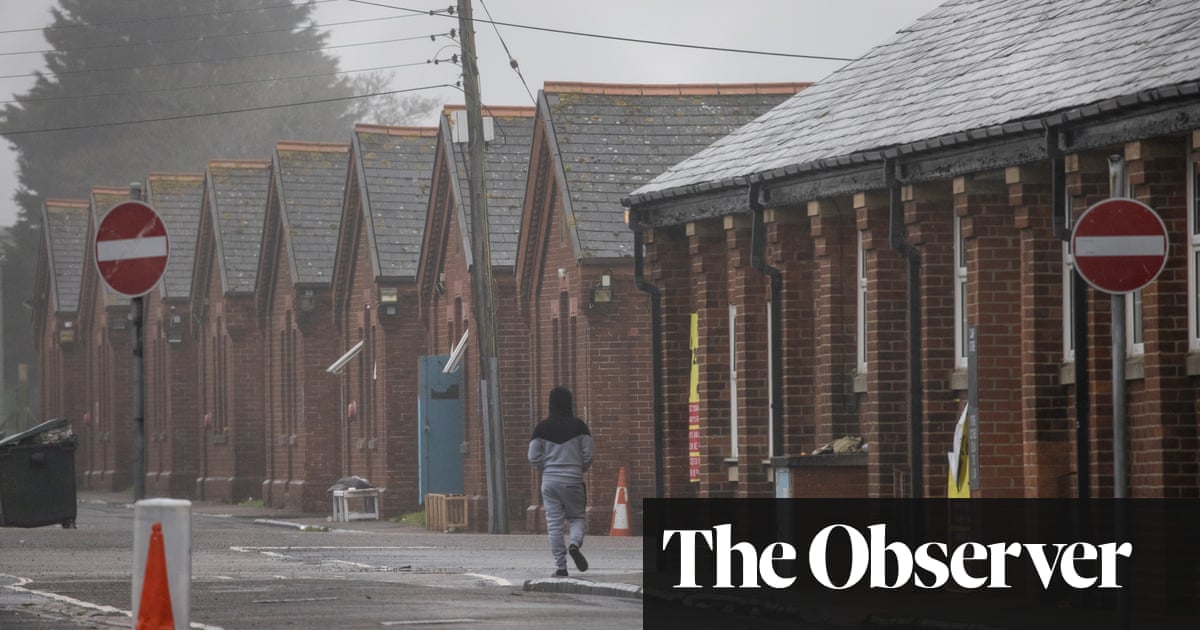 People held at temporary Home Office refugee camps are being threatened that their asylum claims will be harmed if they “misbehave”, according to testimony from site residents.

A series of statements from asylum seekers inside the camps, anonymised to protect them from possible reprisals, allege they have been told by staff employed by private contractors that their asylum application will be jeopardised for speaking out about conditions or going on hunger strike.

One alleged he was told that if he complained about the food his name would be added to a “blacklist” that contractors shared with the Home Office and would “affect his claim”.

Others said they were told their asylum claim would be impaired if they did not return to their accommodation – a disused military training camp – by 10pm.

Asylum is a human right backed by the UN Refugee Convention and assessed in the UK using agreed screening processes and Home Office immigration caseworkers.

Refugee groups familiar with the camps described the issuing of asylum threats as “systemic” and called on the Home Office to stop private contractors “weaponising” asylum applications from persons fleeing persecution or conflict. Under instruction of the home secretary, Priti Patel, the Home Office has hastily developed a network of temporary accommodation to hold individuals as they wait for a decision on their claims for asylum.

Two military barracks in Kent and south Wales and a number of hotels were seconded by the Home Office last September with their day-to-day running outsourced to a private contractor called Clearsprings. Another refugee camp opened in Bedfordshire last week and more are planned.

One resident at Napier barracks near Folkestone, which holds 400 men and is currently in lockdown following a large Covid outbreak, alleged they were told by staff that their asylum claims would be harmed if they pressed ahead with a hunger strike over camp conditions. “If you request something that you believe is your right, they [staff] threaten you and say we will tell the Home Office, and it will affect your claim,” he added.

A Whatsapp message from another Napier resident revealed they had been told by staff that if they told the media about concerns with their accommodation their asylum claim would be impacted.

Others at Napier claimed staff had introduced a night curfew and warned that anyone breaching it risked undermining their claim for asylum.

“Residents have reported that if they are not back by 10pm, the staff will inform the Home Office and it will affect their claim,” reports a witness statement.

At Penally barracks in Pembrokeshire, where another 200 asylum seekers are staying in heavily criticised conditions, residents allege they have received similar threats. One claimed that between 30 and 40 individuals linked to an organisation set up by residents to assist others had received letters warning that any misbehaviour would be reported to the Home Office. “We are very worried that our asylum claim will be affected by your actions,” he told the Observer.

Another asylum seeker at a facility run by private firm Clearsprings said they felt intimidated. “You are not aware of your rights. You are afraid of doing or saying anything. They tell us it will affect our claim,” one said in a witness statement.

A letter seen by the Observer also revealed that those at Penally who are deemed to have breached regulations stipulating “they behave at all times in a reasonable manner” would be reported to the Home Office “and a copy of this letter will be held on your file”.

Maddie Harris from Human for Rights Network, which documents violations against asylum seekers, said: “We have consistently heard from asylum seekers that their asylum applications are being weaponised by private contractors tasked with running these accommodations on behalf of the Home Office.”

Blair added that the mental health of residents was reaching “crisis” point and that regular reports of self-harm or suicidal ideation were being received from the camps.

Clearsprings said they would not comment. The Home Office has been contacted for a response.