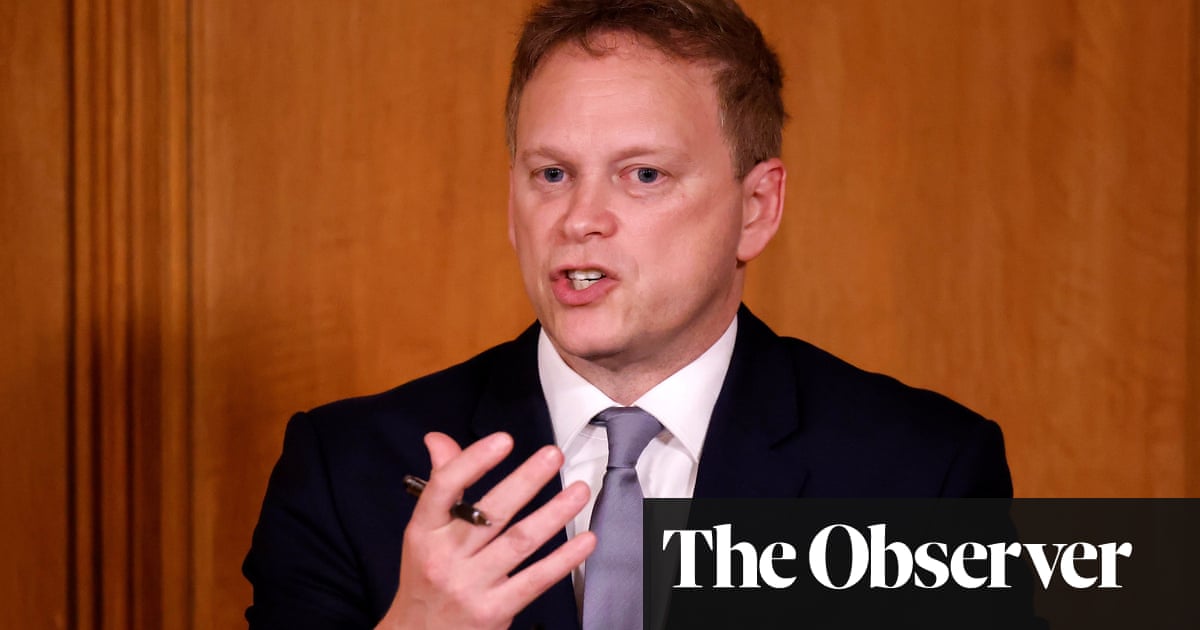 Ministers are at the centre of an explosive row over their failure to protect workers from Covid-19 as the Observer reveals the largest workplace outbreak of the virus has taken place at a top government organisation.

More than 500 cases have been recorded at the Driver and Vehicle Licensing Agency’s offices in Swansea, where employees claim people with symptoms were encouraged to return to work while vulnerable workers have had requests to work from home turned down.

The revelation places transport secretary Grant Shapps under pressure to explain how such an outbreak could have happened in an agency where the strictest workplace rules are supposed to apply.

A complaint received by Public Health Wales’s outbreak control team claims DVLA workers were asked to turn off their test-and-trace apps “so that their phones do not ping”.

It also says absences relating to Covid have been counted against workers’ sick leave, with anything over 10 days triggering a warning.

About 1,800 staff are being asked to come into the DVLA to process driving licence applications and vehicle tax renewals, even though there have been 535 Covid cases since September – by far the most infections linked to a single employer in a local area.

The DVLA insisted safety was a priority: “Staff in roles that enable them to work from home are doing so and have throughout, in line with current government advice. However, in view of the essential nature of the public services we provide, some operational staff are required to be in the office where their role means they cannot work from home.”

The Department for Transport said it was confident in the “rigorous processes” the DVLA has in place. During the first national lockdown only 250 workers were needed onsite.

The Hazards Campaign, a workplace safety network, which has been monitoring in-work outbreaks, said it was shameful that a government agency was responsible for the largest known employee outbreak of coronavirus infection in the UK.

“It is absolutely shocking that the DVLA has overseen the biggest reported workplace outbreak. These workers should have been working remotely, not being packed into offices. They have been put at risk of death and long-term ill health – and the outbreak is still going on,” said Janet Newsham from the campaign. “The DVLA’s actions may also have spread the virus in Swansea.”

The Public and Commercial Services Union, which represents DVLA staff, said many workers were scared to enter the agency’s three offices in the city. The union’s general secretary, Mark Serwotka, called on Shapps to step in.

“It is a scandal that DVLA are not doing more to reduce numbers,” he said. “Ministers must intervene and ensure DVLA are doing their utmost to enable staff to work from home and temporarily cease non-critical services.” Just before the DVLA outbreak began in September, Shapps encouraged workers to return to offices, insisting “it is now safe to go back to work”.

Sian Hughes, who works in the 16-storey DVLA head office, said most people wanted to work at home. “We are all worried. We are all scared,” she said. “Lots and lots of people have been ill. We have had staff in hospital. We are just waiting for the first death. It’s that bad.”

Hughes, who asked not to use her real name as she fears repercussions, said there were about 120 people on every floor of the building. “On each floor there are only two sets of toilets: ladies and gents. There are four kitchens on each floor too. All the teams are sharing the facilities – it’s high risk,” she said. “There are cases on every floor now.”

The scale of the outbreak has made people wary of DVLA staff, who sometimes have to catch three of four buses to get into work from across south Wales. “People will not go into local shops if DVLA staff are there because they are scared of catching it from us,” Hughes said. Workers have also been forced to stay away from their extended families. “I have family I have been unable to visit because I work in DVLA,” Hughes said.

Lots of staff are off sick with stress, with many scared they will lose their jobs if they don’t come back. “There are so many suffering with extreme stress,” she added. “But they know they are going to get a warning because they have been off so long.”

The DVLA contact centre, where hundreds of workers deal with thousands of calls from motorists every day, has been hit hard by the outbreak, with about 160 cases identified.

Jim Lewis – also a pseudonym – said the virus had ripped through the centre after the first cases emerged in September. “It actually started in my zone,” he said. “It just spread like wildfire. Loads have tested positive. More than I can count.”

Lewis, who has had to self-isolate six times, said contact centre staff were not able to wear masks and were sitting close together. “We sit back-to-back, just one metre apart,” he said. “They say ‘the two-metre rule only applies if you’re face to face’.”

Many of the workers travel into the offices from Swansea’s commuter belt. Tonia Antoniazzi, MP for Gower, said she had been inundated with messages from desperate DVLA staff. “I’m being bombarded by people telling me how awful it is,” she said. “But there is a culture of fear. People are scared to speak out.”

She added the DVLA’s IT system was so out of date that people couldn’t work from home. “The system is archaic,” she said. “Lack of investment from the government has caused this problem.”

The outbreak may have led to more infections in the Swansea Bay area, where there have been in excess of 26,000 cases and 828 Covid deaths during the pandemic. “DVLA is a massive employer and Swansea is densely populated,” said Antoniazzi. “It is a major contributing factor to the spread of Covid.”

Siôn Lingard, who chairs the Public Health Wales-led outbreak control team, said the virus was spreading through close contact more than any other factor. “The greatest risk we have found is proximity, people too close together,” he said. “Where we have clusters [of cases], it is in quite defined groups. It’s where there’s been a training session, or where someone’s being mentored into a role, or a group around desks.”Other large workplace outbreaks include an M&S sandwich supplier in Northamptonshire, where 324 workers tested positive in August, and a chicken processing plant in Anglesey, where 217 cases were identified by Welsh public health officials in June.