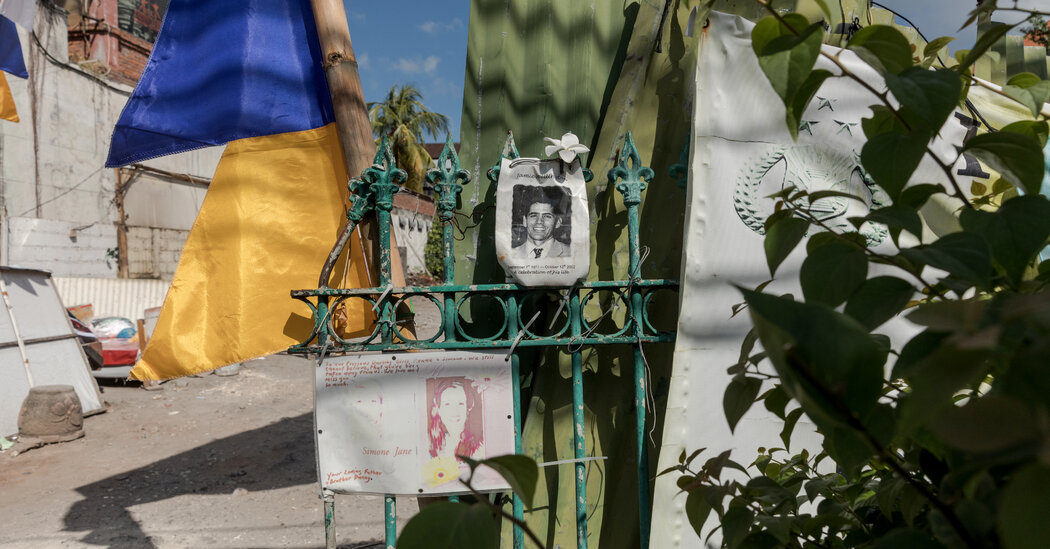 WASHINGTON — After years of delay, the U.S. official overseeing military commissions at Guantánamo Bay, Cuba, on Thursday approved the prosecution of three Southeast Asian prisoners accused of conspiring in two deadly terrorist bombings in Indonesia in 2002 and 2003.

The Pentagon announced the charges two days after Lloyd J. Austin III, President Biden’s defense secretary nominee, told Congress that the administration “does not intend to bring new detainees to the facility and will seek to close it.”

Prosecutors accused the three men — Encep Nurjaman, who is known as Hambali; Mohammed Nazir Bin Lep; and Mohammed Farik Bin Amin — of murder, terrorism and conspiracy in the 2002 nightclub bombings in Bali, which killed 202 people, and the 2003 Marriott hotel bombing in Jakarta, which killed at least 11 people and wounded at least 80.

Mr. Hambali, who is Indonesian, has been in the custody of the United States since 2003. He is held at Guantánamo as the former leader of Jemaah Islamiyah, a Southeast Asian extremist group that became an affiliate of Al Qaeda before the Sept. 11, 2001, attacks.

The case had been on hold throughout the Trump administration. The chief prosecutor, Brig. Gen. Mark S. Martins, first approved charges against Mr. Hambali alone in 2017, but a series of officials who held the title of convening authority for military commissions refused to approve them.

Then on Thursday, the Pentagon announced that Col. Jeffrey D. Wood of the Arkansas National Guard, who is based in Little Rock and has been the convening authority since April, approved the case for trial. It is the first new case at Guantánamo Bay since 2014, and the Pentagon provided no explanation.

“The charges are only allegations that the accused committed offenses punishable under the Military Commissions Act,” a Defense Department announcement said, “and the accused are presumed innocent unless proven guilty beyond a reasonable doubt.”

Under military commission procedures, the prisoners are to be brought before a military judge for arraignment within 30 days. But there is no resident military judge at the base, the prisoners’ lawyers are based in the United States, and although the base has begun vaccinations, commanders there require all visitors to be quarantined for 14 days on arrival.

Even before the coronavirus pandemic halted most war court proceedings and prevented nearly every legal visit at Guantánamo, military officials had questioned the capability of the base’s crude Camp Justice infrastructure to handle more pretrial proceedings. During the Trump administration, the U.S. Southern Command advertised for contracts to build a prefabricated courtroom capable of trying three men together, but abandoned the effort without explanation.

A former Obama administration official familiar with the Guantánamo closure effort questioned the timing, calling the move an attempt to jam the incoming administration.

Maj. James Valentine, a Marine lawyer who has represented Mr. Hambali for years, referred to General Austin’s remarks and accused military officials of acting “desperately in a state of panic before the new administration could get settled.”

“The torture regime hit the panic button after yesterday’s inauguration,” he said.

The approved charge sheet shows that somebody made wording changes to it on Jan. 13, and then Colonel Wood made a few edits on Thursday, the day he approved it.

The three men have been held at Guantánamo since September 2006. They were captured in Thailand in August 2003 in a joint Thai-U.S. intelligence raid. Then they spent about three years in the secret C.I.A. prison network where some prisoners were subjected to waterboarding, sleep deprivation, beatings, painful shackling and other now-outlawed “enhanced interrogation” techniques.

In 2003, a C.I.A. interrogator told Mr. Hambali “that he would never go to court, because ‘we can never let the world know what I have done to you,’” according to a summary of the comprehensive study of the C.I.A. program that was released by the Senate Intelligence Committee in December 2014.

The case, as approved, does not permit prosecutors to pursue the death penalty, meaning the administration could seek to renew negotiations toward a guilty plea with the sentences served elsewhere. In November 2016, General Martins traveled to Malaysia with two special envoys of the Obama administration in a failed effort to get the government there to agree to incarcerate Mr. Bin Amin as a war criminal convicted by the United States.

In earlier cases, prosecutors worked out guilty pleas with detainees who became government informants in exchange for serving their sentences in their own countries. Malaysia apparently balked at the idea of endorsing a military commissions conviction.

It was not immediately known on Thursday whether the State Department had alerted the governments of Malaysia and Indonesia of the decision to take the men to trial.