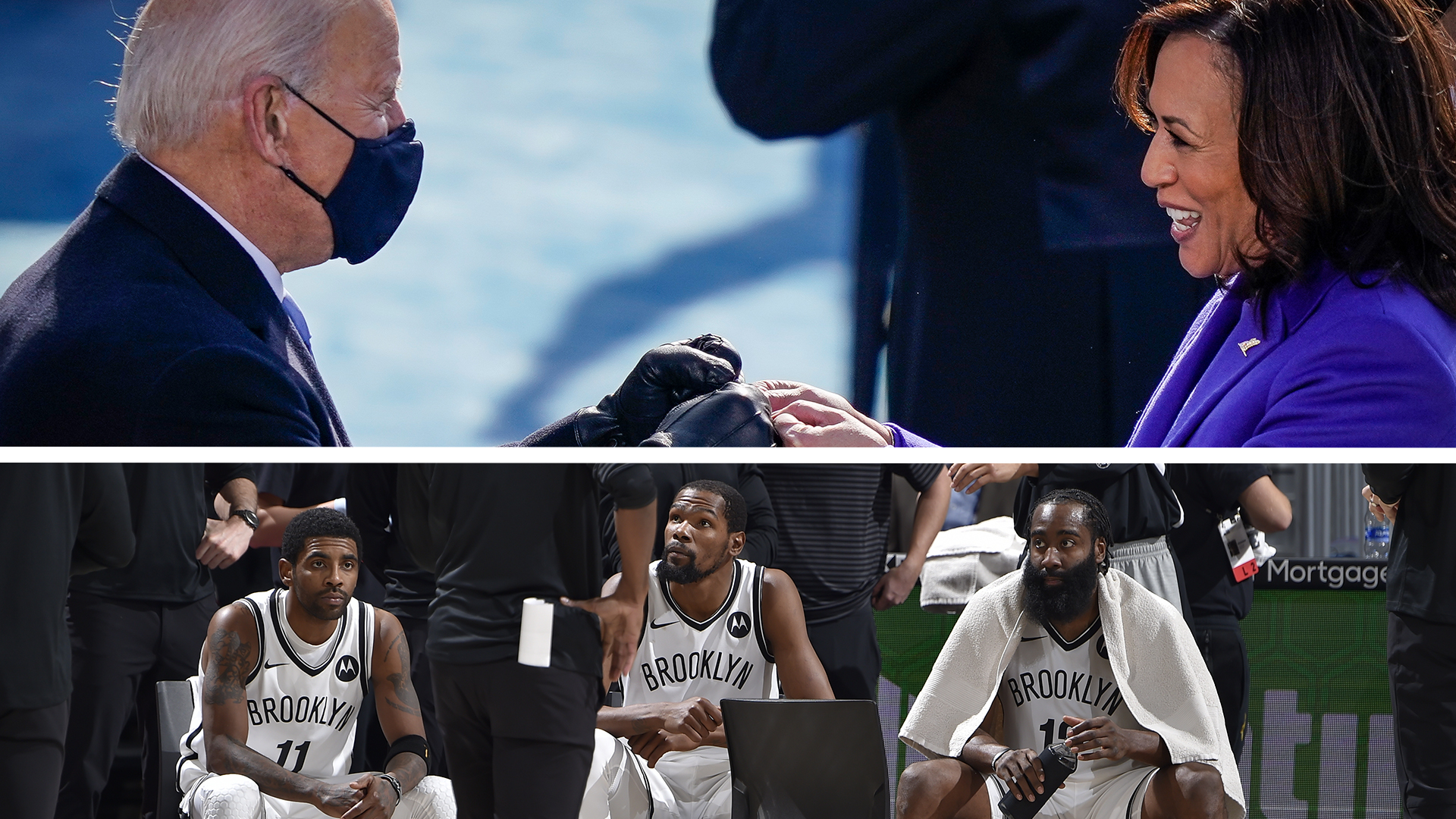 The Brooklyn Nets lost to the Cleveland Cavaliers in double overtime 147-135 as The Big 3 made their debut, the sports world reacted to the inauguration ceremony for Joe Biden, but the spotlight was stolen by a pair of Dior Air Jordan 1’s, Philip Rivers officially announced his retirement on the 13th anniversary of the AFC Championship game in which he played with a torn ACL, and after two more games were postponed because of COVID protocols, the NBA will no longer allow postgame hugs or handshakes. PLUS: The Nets need to trade for Collin Sexton, A-Rod and Obama clearly train together, and Jared’s about five stimmys short of a pair of Dior Jordans.