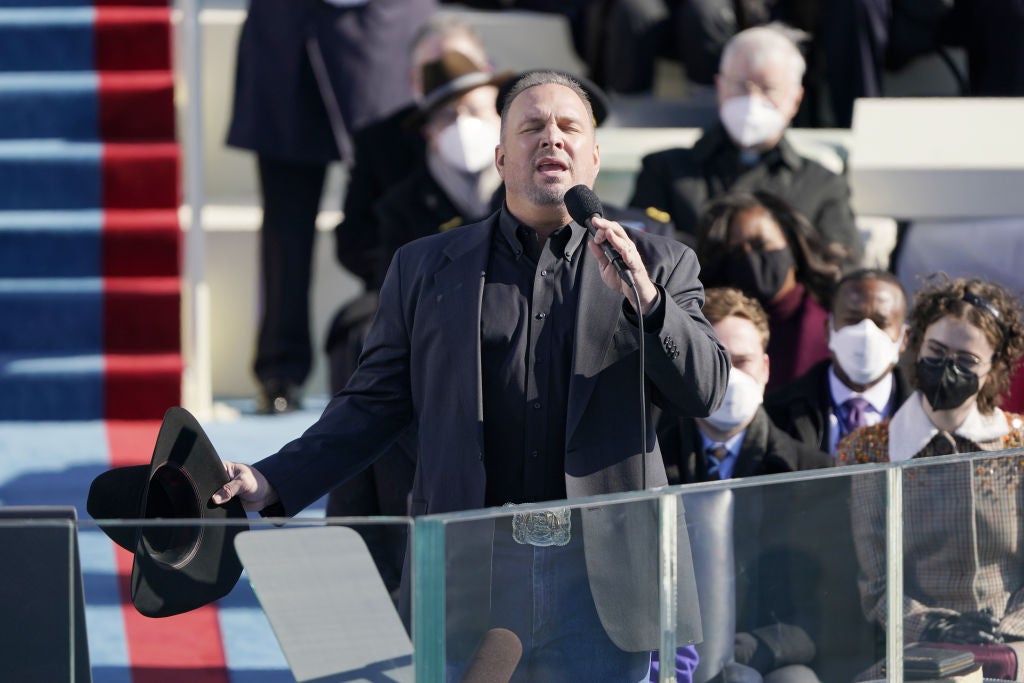 Some conservative fans of country music legend Garth Brooks have taken to social media to criticize him for performing at the inauguration ceremony of Democratic President Joe Biden.

Brooks, who performed the gospel standard “Amazing Grace,” did not sing at the 2017 swearing-in of Republican Donald Trump, citing a scheduling conflict.

One Twitter poster wrote, “You lost me Garth.” Another said, “Very disappointing.”

Speaking to Esquire magazine, Brooks said he accepted the invitation  of now first lady Jill Biden because, “I might be the only Republican at this place. But it’s reaching across, loving one another because that’s what’s going to get us through probably the most divided times that we have.”

Some also poked fun at Brooks’ hair, saying it appeared he had a thicker mane and had gotten hair plugs.

Inauguration 2021: Joe Biden and Kamala Harris Sworn In as 46th President and 49th Vice President of US

Joe Biden’s Inauguration: Who’s Performing? Justin Timberlake Among Those Slated to Take to the Stage