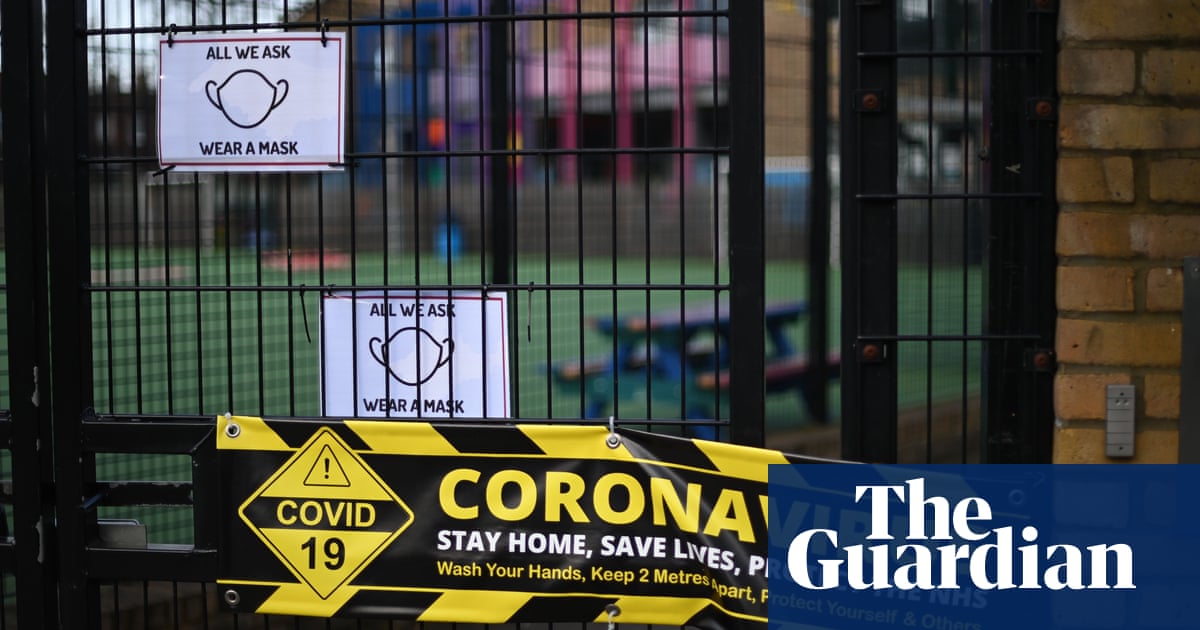 There could be a phased reopening of schools in England based on regional infection rates after a lifting of the national lockdown, MPs have been told.

The deputy chief medical officer, Dr Jenny Harries, said that as England came out of lockdown, it was highly likely there would be inconsistent patterns of infection across communities in different parts of the country.

As a result, schools could reopen at different times, with areas such as London – which was one of the first to be severely affected by the new variant, resulting in soaring rates of hospital admissions – among the first to get children back in classrooms.

Harries, who was giving evidence to MPs on the Commons education committee, would not commit to schools definitely reopening after the February half-term, saying there was still uncertainty about the implications of the new variant of the virus.

Asked by the committee chair, Robert Halfon, whether there was likely to be a regional or phased system of opening, Harries said: “On the broad epidemiology, it’s highly likely that when we come out of this national lockdown, we will not have consistent patterns of infection in our communities across the country.

“And therefore, as we had prior to national lockdown, it may well be possible we need to have some differential application.”

She said schools would be at the top of the priority list, to ensure children’s education and wellbeing were at the forefront of consideration.

“[The] short answer is, I think it’s likely we will have some sort of regional separation of interventions.” She added that there were “glimmers of hope” in London with regards to infection rates.

Halfon said it seemed very unlikely that schools would be able to reopen classrooms next month. Some reports have suggested they may remain shut until Easter, though with a staggered return based on regional infection rates. Some children could get into school sooner than others, raising concerns about growing inequalities in access to education.

Boris Johnson ordered schools in England to close as part of a national lockdown just a day into the new term, after millions of primary children had returned to class. Under the restrictions children of key workers and vulnerable pupils are still allowed to attend school, while all other pupils are now learning remotely.

Asked whether Johnson agreed with a phased reopening of schools, the PM’s spokesman said his priority was to get schools open as soon as possible. But whether or not that was possible after the February half-term would depend on a number of factors, the spokesman said.

Official figures published by the Department for Education on Tuesday showed that more than a fifth of primary school pupils in England (21%) were in class last week, compared with 5% of secondary school students.

A staggered school return will add to fears about the fairness of summer assessments. Glyn Potts, the headteacher of Newman Roman Catholic college in Oldham, said the government must address urgent questions about fairness and exams to ensure children in areas hardest hit by Covid were not disadvantaged.

About 200 year 11 pupils at his secondary school missed five weeks of teaching in the first term in autumn because of successive outbreaks.

Lucy Powell, the Labour MP for Manchester Central, said a regional reopening approach to schools would be “very difficult” and “not supported by evidence”.

The mayor of Greater Manchester said he would be concerned about a regional approach to schools reopening. “If you are going to allow schools to go back at different times I don’t see how you can have any form of standardised assessment, which is what the government are still talking about,” Andy Burnham said.

Geoff Barton, the general secretary of the Association of School and College Leaders, said: “We expect that it will depend on coronavirus infection rates and the pressure on the NHS, and that the government will make a call on this issue nearer the time. What is important is that when schools fully reopen, everything possible is done to keep them open and to keep disruption to a minimum.”