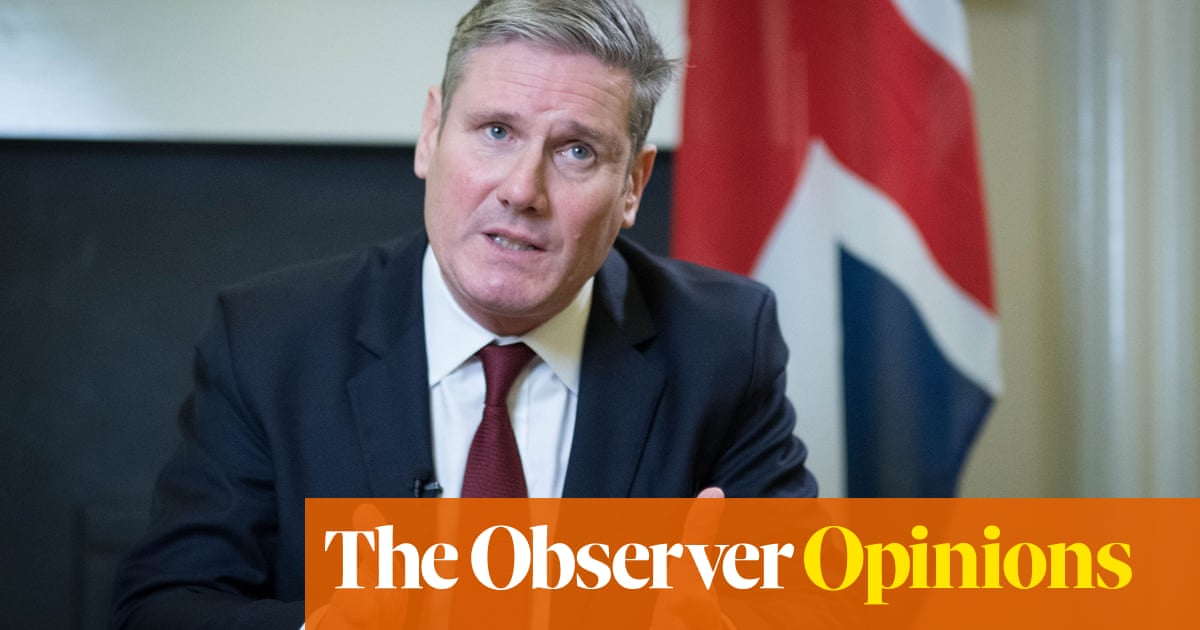 Whenever Labour gets excited about the failings of the Tories, the party should remember a vital statistic. In the past 75 years, only three Labour leaders have ever won parliamentary majorities. This dismal history is constantly in the thoughts of Keir Starmer, as is the desire to make himself the fourth name on the brief list composed of Clement Attlee, Harold Wilson and Tony Blair. Though very different personalities operating in very different contexts, Labour’s victorious trio had key things in common. Each came to power after a long span of Conservative rule had stretched the elastic of the public’s tolerance of the Tories. Each of those successful leaders persuaded the country that they and their teams were sufficiently competent to govern. And each of Labour’s rare winners galvanised support by offering Britain a compelling story of national renewal.

How is Mr Starmer doing on that checklist for success? We can place a tentative tick on the first item. By the time of the next election, the Conservatives will have been in power for more than a decade. Without knowing what else might happen between now and then, we can already say that the Tories will have gone through three leaders and possibly more during that time, while imposing an austerity that even they now acknowledge was overdone, presiding over a chaotic exit from the EU with enduring economic consequences and being responsible for the serial bungling of the coronavirus crisis. None of that is a guarantee of Labour victory, but it should be some encouragement. A professionally led party ought to be able to get a hearing for the “time for a change” argument at the next election.

It is with the second requirement on the checklist for success – a reputation for competence – that Labour has often faced a steep challenge. This is not entirely the party’s fault. A significant chunk of the electorate tend to work on the assumption that the Tories are more to be trusted with running things, despite the copious contemporary and historical evidence to the contrary.

Mr Starmer has thus far done very well in persuading voters that he has what it takes to be the country’s leader. He is looked on as a potential prime minister in a way Ed Miliband wasn’t and Jeremy Corbyn could never hope to be. He passes the “shut your eyes test”. People can shut their eyes and imagine him on the doorstep of Number 10. He’s built some of his profile with the public by defining himself against his party’s recent, torrid past. If he has cut through with anything, it is with the claim to represent “new leadership”, the strapline that appears whenever he speaks from a Labour podium. “He’s not the last guy. He’s definitely ticked that box,” remarks one senior Labour MP.

People can shut their eyes and imagine him on the doorstep of Number 10.

The recent election of Christina McAnea as leader of Unison, the UK’s largest trade union, who saw off competitors less sympathetic to Mr Starmer, was welcome to the Labour leader. The resignation of Richard Leonard offers some hope, though absolutely no guarantee, that a fresh Labour leader in Scotland might revive the party’s parlous position north of the border.

Mr Starmer has harvested dividends from the coronavirus crisis. A dithery prime minister and a notably weak cabinet have made the Tories look incompetent. The Labour leader has drawn on his talents as a prosecutor to interrogate the government’s many blunders. He has also been afforded opportunities to demonstrate that his own judgment can be acute. On several occasions during the crisis, the best way to guess which decision Boris Johnson would be forced to make has been to pick the policy that he ridiculed when the Labour leader first advocated it. While the prime minister has squandered the boost he received to his personal ratings during the early “rally around the flag” phase of the crisis, the voters have reacted positively to Mr Starmer. He is now the most popular opposition leader since Tony Blair was making his march on Number 10 in the 1990s.

Where he’s struggled is translating personal popularity into trust in his party. For some time, most headline polls have put Labour roughly neck and neck with the Conservatives. There’s a glass half-full way of looking at this. It’s only a bit over a year since Labour went down to a catastrophic defeat and the party was polling more than 20 points behind the Tories when Mr Starmer took over. So some Labour MPs are content to settle for neck and neck. Others are troubled. Because there’s also a glass half-empty way of looking at the polling. Level-pegging is not a terrible position for the Tories at this stage of the parliament. Some Conservative MPs are astonished to find themselves doing that well when their government has made such a hash of handling a public health emergency that has cost so many lives. “I’m one of those worried about the polling,” says a member of the shadow cabinet. “We’ve got the bounce from not being as loony as Corbyn was. But we haven’t won the battle with the Tories in any shape or form.” Another Labour frontbencher remarks: “We still have a massive mountain to climb. We are only at base camp.” The deep damage done to the Labour brand during the Corbyn years, when many voters concluded that the party had become nasty, factionalised and extremist, will take much more work to repair.

In the realm of competence, being trusted with the economy is a critical weak spot, as it so often has been for Labour historically. The leadership is sharply aware of this. That is evident from the recent speech delivered by Anneliese Dodds, the most significant she has made since she became shadow chancellor. Its overarching political intent was essentially defensive, being designed to persuade the country that a Labour government would be responsible and efficient stewards of the national finances. She pledged herself to a balanced budget over the economic cycle, while the National Audit Office would be empowered to provide more independent invigilation of the effectiveness of government spending. “It is Labour’s cast-iron commitment to delivering value for money for the British people.”

There is nothing novel about a shadow chancellor swearing up to fiscal constraints in an attempt to gain public confidence. On the path to Labour’s victory in 1997, Gordon Brown bound himself to “golden rules” about spending and borrowing as a major element of his effort to persuade the electorate that Labour would not be reckless. In the run-up to the Tories taking office in 2010, George Osborne sought to purchase credibility as a future chancellor by pledging to establish the Office for Budget Responsibility. Ms Dodds is following the template used by others who have held her role. I say this not as a criticism, but as a compliment. After all, Messrs Brown and Osborne both succeeded in becoming chancellor.

One speech alone is not going to be enough. Far from it. Labour has a long way to go to win trust among the public, but at least it has a senior leadership team that recognises how vital this is. The largest question hovering over Mr Starmer is the final one. Does he have a vision of national renewal of the kind that powered Labour’s victories in 1945, 1964 and 1997? Is he in possession of a compelling story about how Britain will be different and better under a government led by him? If he does have a story, does he have the capacity to inspire the public with it?

In private conversation, Mr Starmer agrees this is imperative. He recently told colleagues: “We won’t achieve a better, fairer country by tinkering around the edges.” The Labour leader had intended to use a speech last week to embark on the task of unveiling his distinctive vision of Britain’s future. He then abandoned the plan, telling his team that the intensification of the coronavirus crisis made it an inappropriate moment. His audience instead heard a familiar list of the Conservatives’ failings.

“We’ve got a prime minister-in-waiting, but that’s not enough,” remarks one senior Labour figure. “We’ve got to up our game. We’ve got to have a vision of the future. We have to prove that we’ve got a big project.”

There is a gathering consensus among Labour MPs that this will be important work in the next 12 months. “We’ve got to focus on the big issues, not the small issues,” contends one Labour frontbencher. “We’ve got to speak more in bold, primary colours.”

Voters can picture Keir Starmer in Number 10. Over the year ahead, they need to start hearing why they should want to put him there.

• Andrew Rawnsley is Chief Political Commentator of the Observer