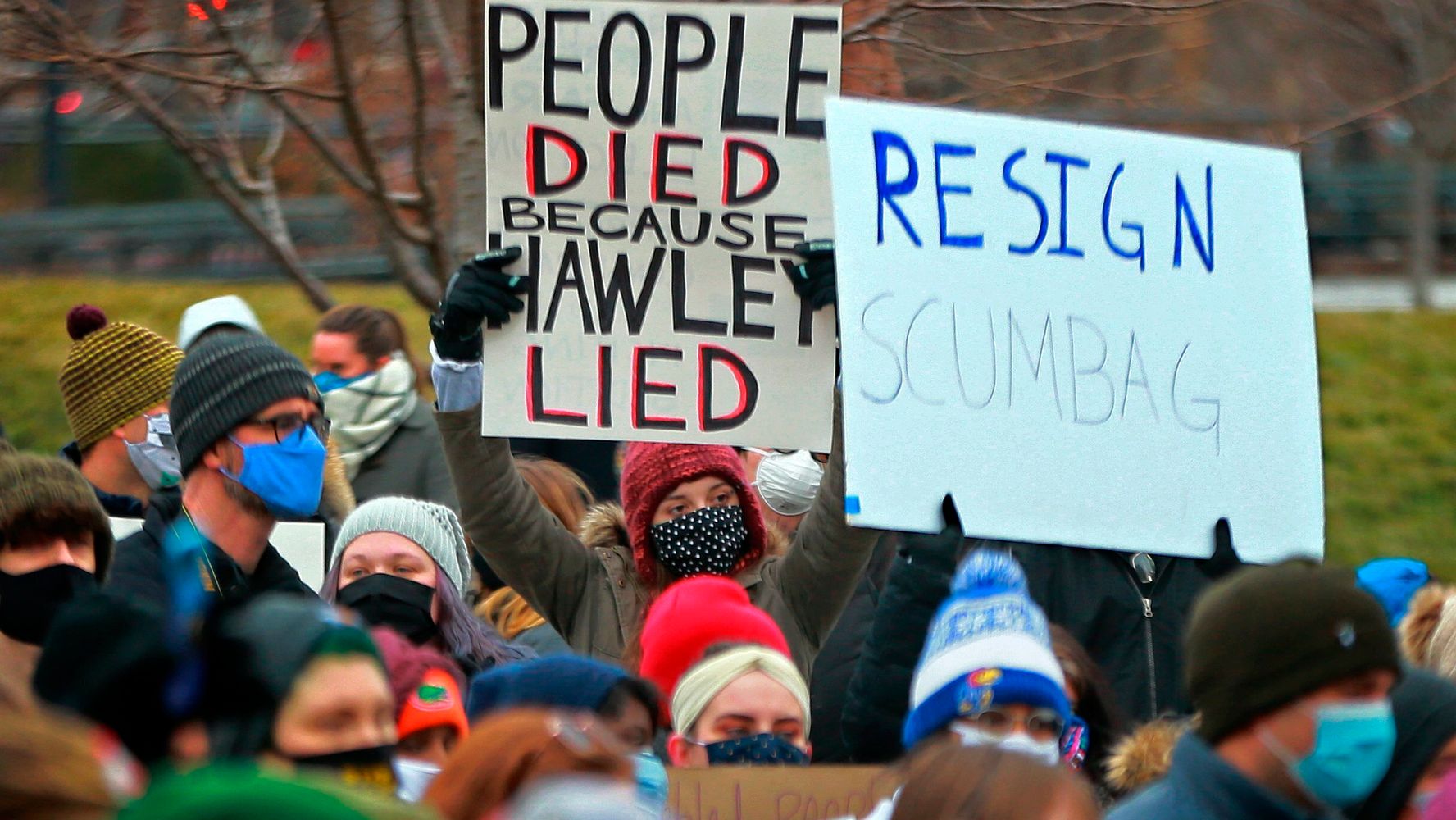 Loews Hotels on Saturday said it would not host a fundraiser for Sen. Josh Hawley (R-Mo.), expressing horror at the Capitol siege and stating its opposition to “all who supported and incited the actions.”

The event — sponsored by Fighting for Missouri, a political action committee affiliated with Hawley’s reelection campaign — was scheduled for mid-February at the Loews Portofino Bay Hotel in Orlando, Florida.

The Loews statement didn’t specifically refer to Hawley, only to “the Feb. fundraiser”; it also did not mention when the company learned that the event would benefit the senator.

We are horrified and opposed to the events at the Capitol and all who supported and incited the actions. In light of those events and for the safety of our guests and team members, we have informed the host of the Feb. fundraiser that it will no longer be held at Loews Hotels.

From our Francis Chung, Sen. Josh Hawley greeting protesters in the east side of the Capitol before riots began. pic.twitter.com/I8DjBCDuoP

Hawley’s fellow senators and home state newspapers have since called on him to resign; donors are demanding refunds; lawyers are calling for him to be disbarred; and Simon & Schuster canceled his book deal, due to his express support of the siege.

Hawley on Saturday blasted the Loews move in a statement. “I will not be deterred from representing my constituents and I will not bow to left-wing corporate pressure,” he said.