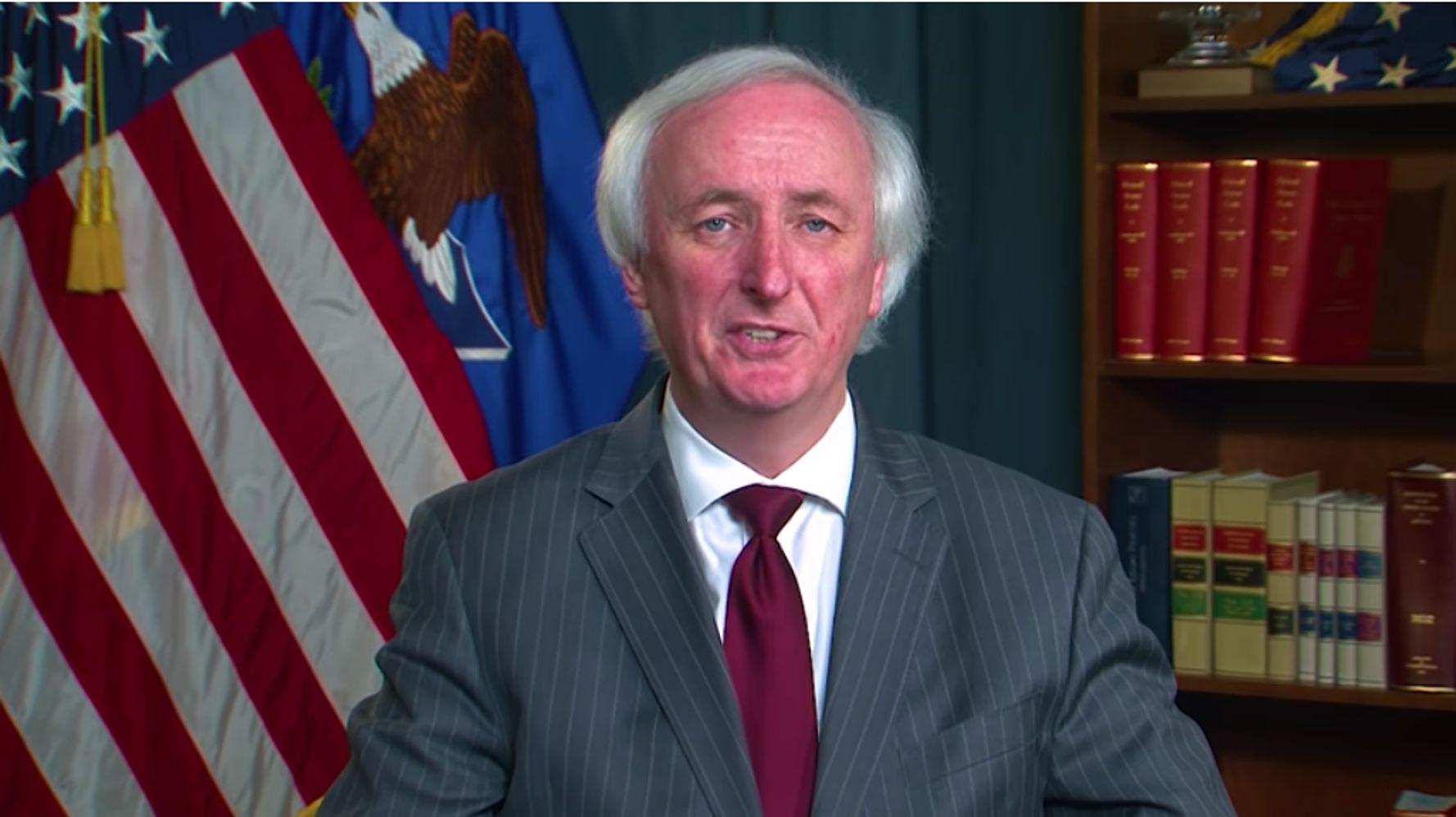 Acting Attorney General Jeff Rosen, in a short video posted to YouTube late Tuesday, vowed that those involved in last week’s deadly Capitol riot would be brought to justice. It was his first on-camera statement since the Jan. 6 attack on the country’s seat of government.

In the roughly three-minute video, Rosen called the storming of the Capitol “an intolerable, shocking and tragic episode in our nation’s history.” He briefly described the Justice Department’s response to the attack, noting that more than 70 suspects have already been criminally charged in connection with it.

“We’ve opened more than 170 investigations,” Rosen said. “The FBI has gathered more than 100,000 digital tips from the public and there is a lot more to come. The wrongdoers will be held responsible.”

The video was removed from the Justice Department’s YouTube channel on Wednesday and another video of what appeared to be the same statement was uploaded in its place. It’s unclear why the original video was removed. The DOJ did not immediately respond to HuffPost’s request for comment.

Democrats have criticized top Trump administration officials for a lack of federal briefings in the wake of the attack, which left at least five people dead. Neither Rosen nor President Donald Trump has held a press briefing on the matter.

Two Justice Department officials ― acting U.S. Attorney for the District of Columbia Mike Sherwin and FBI Washington Field Office Assistant Director in Charge Steven D’Antuono ― held a press briefing Tuesday. Both said they expected hundreds of individuals to be arrested in connection with the riot, but gave few details about their ongoing investigations.

In his video statement, Rosen said he spoke “multiple times with DOJ personnel” while the insurrectionist mob was storming the Capitol and that he coordinated with his “counterparts across the government” and heard from leaders of both the House and Senate. He did not say whether he spoke with Trump.

Rosen said the Justice Department would have “no tolerance” for any attempts to disrupt Inauguration Day on Jan. 20.

“We will have no tolerance for any attempts to forcefully occupy government buildings. There will be no excuse for violence, vandalism or any other form of lawlessness,” he said. “Everyone should understand one key thing: The Department of Justice will seek to hold any violators accountable to the fullest extent of the law. Any wrongdoers will be caught, and they will be accountable.”

Federal, state and local officials across the country are on high alert following a warning from the FBI of more potential violence ahead of and during President-elect Joe Biden’s inauguration.

The Democratic-controlled House is expected to vote to impeach Trump on Wednesday for inciting the insurrection. If the vote is successful, it will be the first time a U.S. president has been impeached twice. Some Republicans, including third-ranking House Republican Liz Cheney of Wyoming, have publicly expressed support for impeachment. Senate Majority Leader Mitch McConnell (R-Ky.) has privately stated that Trump committed impeachable offenses, The New York Times reported Tuesday.