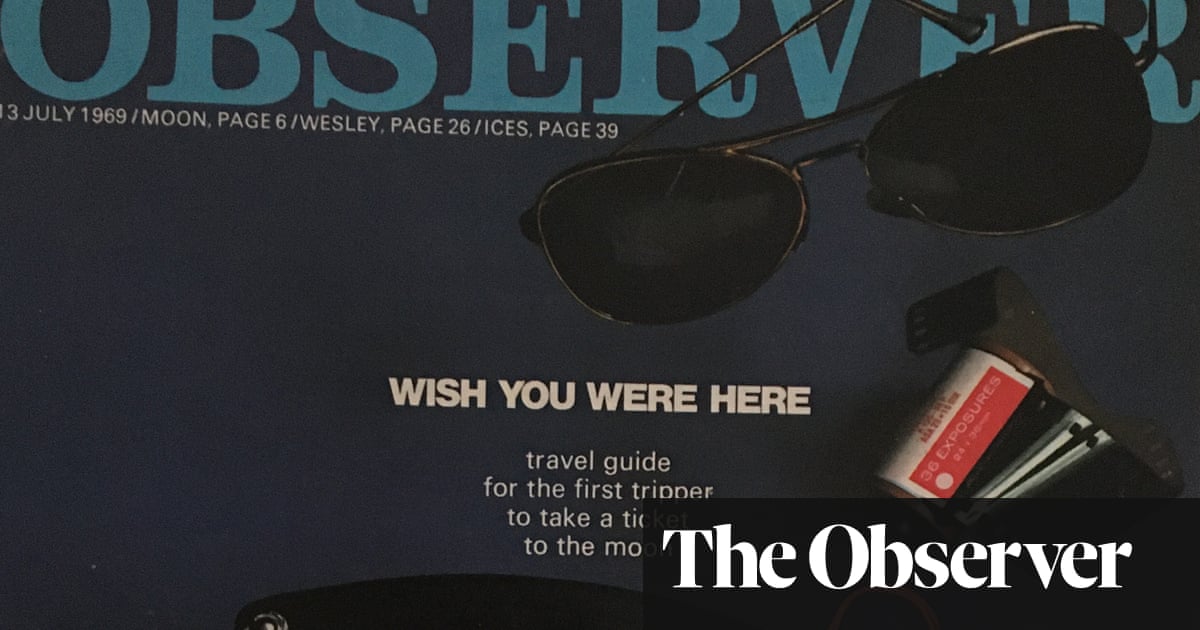 Before anyone had even landed on the moon, the Observer Magazine was already thinking way ahead with science correspondent Gerald Leach’s travel guide for the first holidaymakers there in 30 years’ time (‘Wish You Were Here’; 13 July 1969), though it was sensible enough to counterbalance this with a report on the dangers of space travel.

Safe to say that the views from the moon will beat those on the Costa Brava. ‘The Earth will dominate the sky, looking nearly four times bigger than the moon does from home, and much brighter.’

Though perhaps those dodgy timeshare sharks will be operating there, too. ‘As for where to go, don’t on any account be fobbed off by one of those bargain price trips to the back of the moon,’ Leach warned. ‘You won’t see the Earth at all.’

And there’s probably no point packing even your SPF 10m suncream: ‘As for the sun, don’t ever look at it directly. Your eyes will be permanently damaged after a second or two even with your dark, ultraviolet-absorbing helmet on.’ Another hazard was that ‘you may be plagued by after-images that will move as you move your eyes and could be confused with real objects’.

How about going to see the first footprint? ‘They can last for 500,000 years before being erased by the invisible rain of micrometeorites.’ With a lifespan like this, advertising is inevitable. Imagine looking up at the heavenly firmament… and seeing the Golden Arches beaming back down at you.