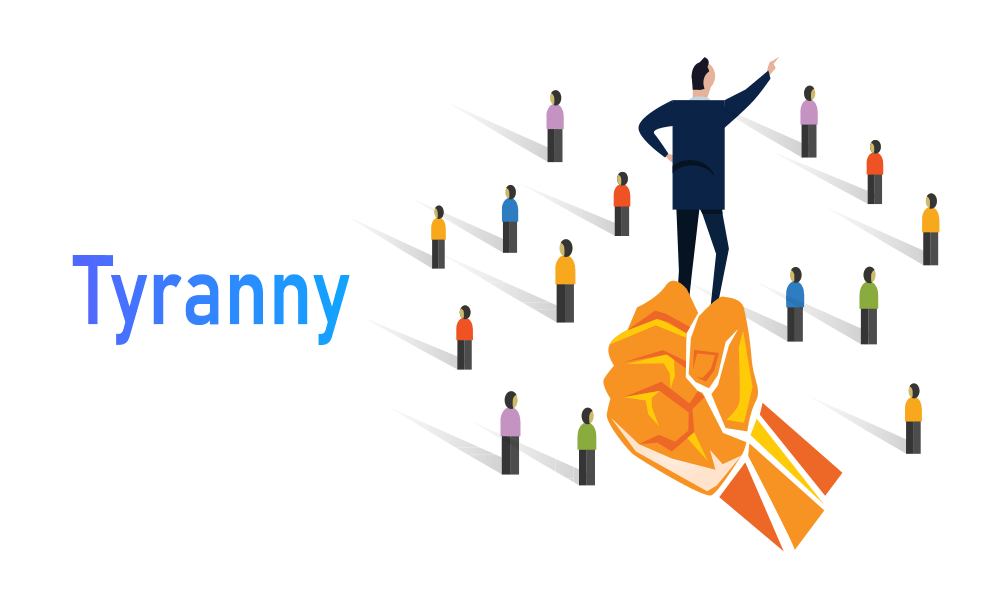 Well, wasn’t that a great fireworks display on Wednesday? It’s going to be pretty hard to lecture the world about democracy and peaceful elections after this.

You can bet it got Congress’ attention. It’s one thing if angry crowds storm a Target in Minneapolis or break things in Portland, but it’s another thing when they overrun their work building.

Would this have happened during a time of widely shared prosperity and social stability? It seems the social fabric is unraveling before our eyes.

Maybe it’s at least partly explained by a form of tyranny. There is much talk of tyranny in the political realm, but little is said about the tyrannies in the economic realm, a primary one being the tyranny of high costs:

High costs crush the economy from within and enslave those attempting to start enterprises or keep their businesses afloat.

Traditionally, costs are broken down into fixed costs such as rent and fees which don’t change regardless of whether business is good or bad, and operating costs such as payrolls, fuel, etc. which rise and fall with revenues.

To some degree, this division no longer matters, because the entire cost structure of our economy is tyrannically high.

If rent, insurance, taxes and general overhead don’t eat you alive, then labor overhead (healthcare insurance, etc.) and other operating costs will.

The Plight of the “Precariats”

The major players in the U.S. economy used four tricks to offset the ever-higher costs:

Globalization, financialization, reducing quality/quantity and turning the workforce into neo feudal gig economy precariats. That’s a class of people living without predictability or security. Their lives are precarious.

By offshoring high-wage manufacturing to nations with lax environmental standards and enforcement, Corporate America scored a two-fer: drastically lower costs of production in both labor and environmental controls.

The feudal lords of our financial system, the Federal Reserve, cemented capital’s complete dominance over labor by dropping interest rates to zero and flooding Corporate America with trillions of dollars of essentially free money.

The Fed’s free trillions also enabled Corporate America to leverage and arbitrage resources, staff and capital around the world at a nearly frictionless cost of capital. (Meanwhile, the precariat labor force was still being charged 18% and higher for credit. Nice spread if you can get it. Thanks, Fed, for distorting the cost of credit and risk to benefit the few at the expense of the many.)

Just Look at Those Cereal Boxes

As for drastically reduced quality and quantity, all you have to do is open your eyes and look. Cold cereal boxes are now so tall and narrow to maintain the illusion of identical quantity that they cannot even stand upright on their own any more. As for the contents, barely half the box contains a product; the rest is air.

The list of products that fail by design or cost-cutting is essentially endless, as is the list of products whose ingredients have been cheapened and the list of manufactured goods stripped of quality so when the cheapest component (often a sensor or chip in today’s digital-obsessed consumerist paradise) fails, the entire device must be tossed in the landfill because repair is now either impossible or too costly.

This ceaseless reduction of quality and quantity has reached the end of the line: the cold cereal boxes are already falling over, the can of tuna has already shrunk to a few ounces, the paint is already peeling off the new appliance, the sensor has already failed in the new dryer.

There’s nothing left to cheapen or reduce. The game of fooling an oblivious or resigned consumer is over. The price will now have to rise with actual costs.

As for the stripmining of labors’ security, there’s still room to run here as permanent workforces become a thing of the past and everyone becomes a precariat. The problem here is precariats can no longer afford to consume or borrow more money at 18% interest and so what do we do now to support expanding consumption and debt?

We have the federal government borrow trillions and distribute the dough to the precariats, under-employed and unemployed, essentially forever. This will appear to be without consequence until it’s too late to save the financial system and economy from imploding as the dollar loses another 95% of its already-diminished purchasing power.

So why don’t we look at the sources of the high costs that are eroding the economy?

Because every high-cost structure is someone’s gravy train: some politically sacrosanct and untouchable special interest or class of insiders depends on ever-higher costs to fund their ever-higher wages, benefits, profits, etc., and they will not be denied their gravy train.

Since healthcare, higher education, local government, etc. is unaffordable, let’s print money and give it away as the “solution” to unaffordability. This faux “solution” merely transfers the rising risk of collapse to the entire economy.

The costs of healthcare alone are instructive for they mirror the entire economy, which is now staggering under the crushing weight of higher administrative costs in every level. This is how healthcare has gone from 5% of the economy to 20% of the economy.

As I have noted here many times, sickcare will bankrupt the nation all by itself. And that’s not to mention any of the other factors that can bankrupt us.

All the tricks to hide our unaffordable cost structure have reached marginal returns. Reality is about to intrude. The tyranny of ever-higher costs is about to crush the economy, and saying it isn’t so doesn’t make it so.