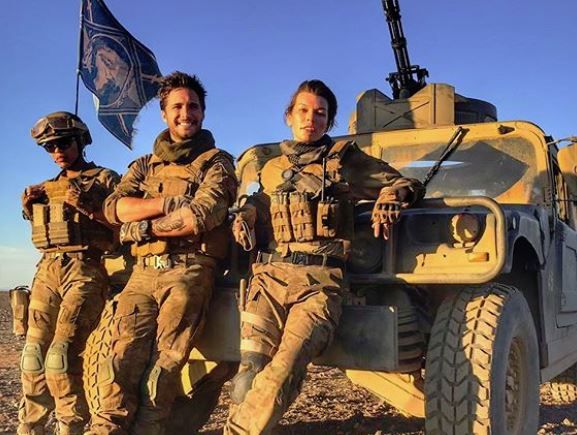 Monster Hunter: World received 17 negative reviews on Steam on December 3rd. On December 4th, as of this writing, it’s gotten 1,092. Scroll through them and you’ll see a common thread: Knees.

“Good game, dirty racism movie,” says one review, which sums up the cause of Monster Hunter: World’s sudden review bomb. The Monster Hunter film adaptation directed by Paul WS Anderson premiered in China on December 3rd, and a joke from early in the film has since been gathering attention (and anger) across Chinese social media. One of the American soldiers in the film throws out the line “What kind of knees are these? Chi-knees.”

As pointed out by analyst Daniel Ahmad, the pun hasn’t been well received. “It’s being linked to the rhyme / phrase ‘Chinese, Japanese, dirty knees – look at these?’ which is considered offensive,” he said.

That rhyme has been around for decades, and a cursory Google search will bring up plenty of writers talking about how it’s long been used as a racist jeer. Whether the film’s pun was an intentional reference or not, it clearly hasn’t landed well with Chinese audiences.

We haven’t been able to verify tweets claiming that the film is being pulled from theaters in China and that it’s being edited to remove the offending scene, but given the review bomb splashback that Monster Hunter: World has received, it seems likely the film will be modified to preserve its chances at the Chinese box office. Capcom already posted a statement on Weibo clarifying that it didn’t produce the film (it’s an international production from Tencent, Constantin Film, and others), but that it is forwarding feedback to the relevant companies.

The joke somehow slipped through China’s regulatory agencies before Monster Hunter’s release. We’ve previously written about the complex machinations of game censorship in China; films go through a similar vetting process. Given the current backlash, I don’t expect the pun will remain in the film for long.