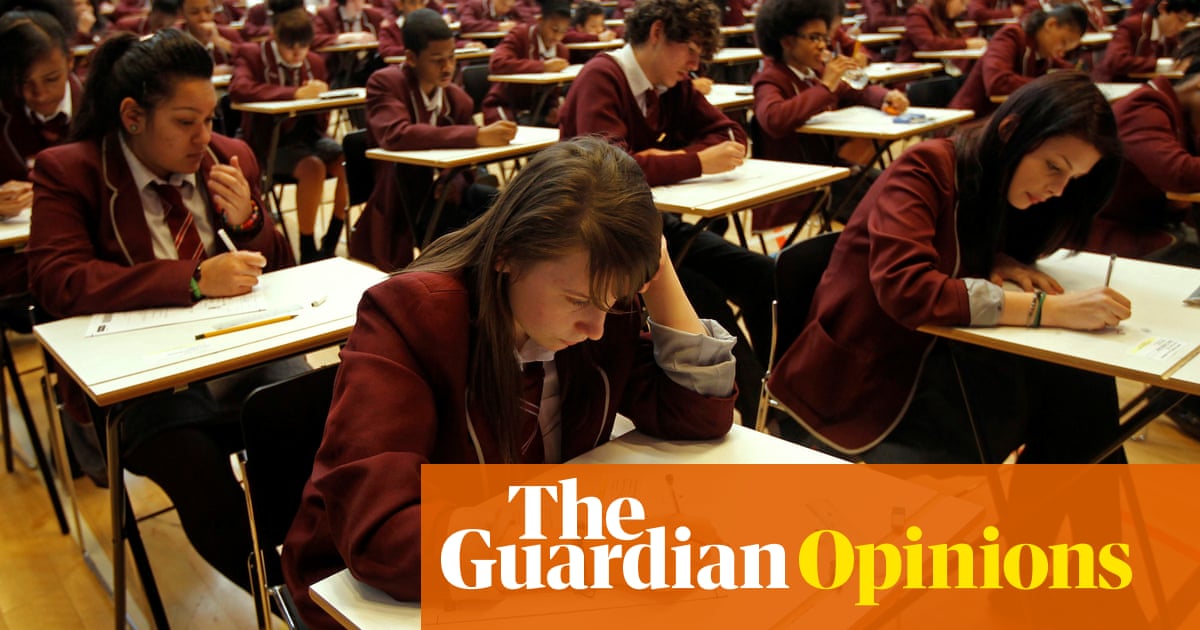 When this is all over, will we be going back to normal, or as some headline writers prefer “normal”? Or will things never be normal again? I bet everyone has touched on these questions in the past six months.

Everything about the education secretary, Gavin Williamson’s, latest attempts to finesse next year’s exams and compensate for the impact of Covid, suggests that the old normal will be a long time coming. But is that what we want, anyway?

It has been normal for decades to expect thousands of children every year to conform to a single, narrow definition of success. It has also been normal to suggest that each one has an equal shot at that success, regardless of their personal circumstances, even though the system of grading public exams requires a significant proportion to fail.

It does not matter if you live in abject poverty in one of the most deprived parts of the UK, you should be able to perform as well as a boy from Eton. Unsurprisingly, it is mostly the poorer children who end up on the wrong side of the pass mark line.

So, let’s not go back to normal. Or at least let’s question how we might move on to a better place. Many new campaigning groups have sprung up in the past year attempting to answer that question with a focus on the current exam system, and the GCSE examination in particular.

As Williamson demonstrated on Thursday, the GCSE is in turmoil and his changes – advance notice of content and learning aids in exams – simply tinker around the edges. No one knows where we will be next summer. All exams and primary school tests (primary attendance fell to under 90% in the past few weeks) will either be changed beyond recognition, or lack fairness and integrity.

That, in turn, will render the progress 8 measure, which dominates secondary performance, meaningless in a few years, as there will be no equitable baseline or end point against which progress can be measured. Moreover, no one knows how long young people will carry the Covid learning loss with them.

It is an appalling situation for pupils, families, teachers and schools. But there may never be a better moment to question the purpose and relevance of a qualification whose origins lie in the last-century requirement for a school leaving certificate at 16, and whose narrow focus downgrades the value of creativity, vocational and practical skills.

Unfortunately for the gathering forces of change, the forces of conservatism remain in charge of the Department for Education. Their disciples are still dotted around the school system, yearning for Michael Gove and the start of the last decade, rather than facing up to the reality of the next. They will be ready with the charge that reform means abolishing exams and drifting back to a mushy “all must have prizes” child-centred past.

Judging by the people seeking change – a diverse and influential coalition from elite private school leaders to academy and maintained school heads, professional organisations and parents – nothing could be further from the truth. Even the Tory grandee and former education secretary Lord Baker, who implemented the first GCSEs, believes they have run their course.

Far from arguing for this tired old Daily Mail stereotype, they are having a sensible, informed, pragmatic discussion (some of which is available to watch on the Chartered College of Teachers website) about more equitable ways to measure the success of all young people, while making education a less pressured and more enjoyable experience. Right now, that sounds like very noble aim.

But they need political support. Some thoughtful Tories are questioning the old normal. But these insurgents need political allies and a gamechanger moment such as endorsement from Labour, whose practical policies on education have been largely dormant since 2015 when one of its last pre-election ideas was the gradual abolition for GCSEs, the introduction of a baccalaureate award at 18 and an end to the historical divide between academic and technical education.

The pandemic has shone a spotlight on the impact of austerity and the huge inequalities in society and education, leaving the Tory record on education and social justice in tatters. Remedying a state-sponsored system of failure for the poorest pupils should become one of Labour’s biggest ideas.