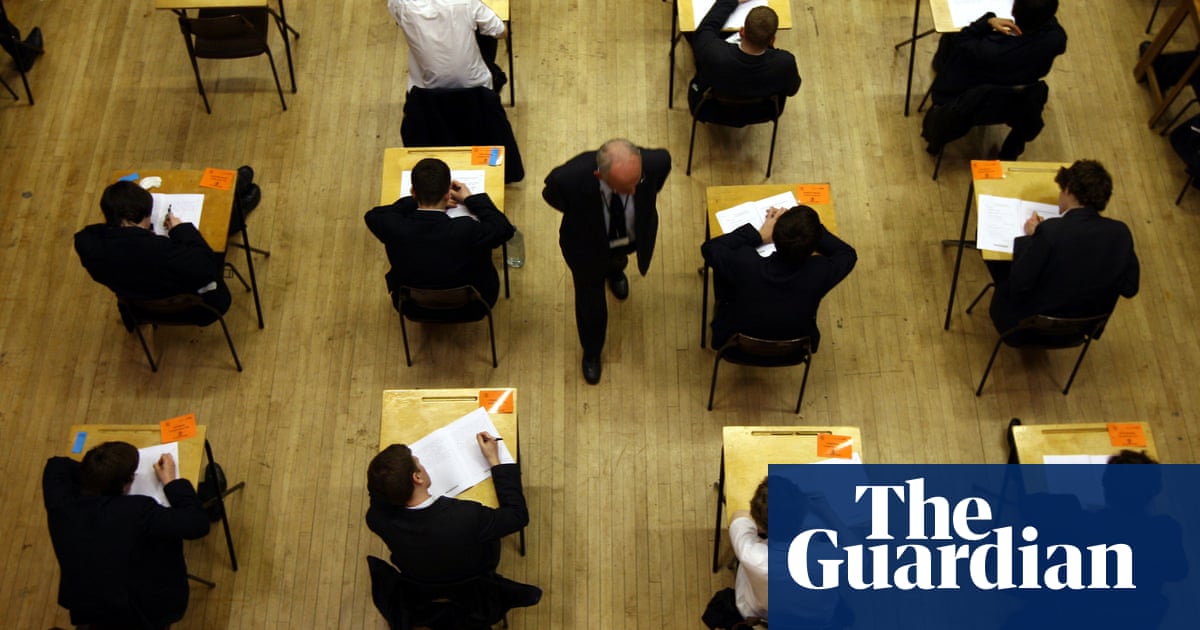 Pupils in England sitting GCSEs and A-levels next summer will be given advance notice of topics and allowed to take in exam aids including formula sheets, as part of a package of measures to mitigate for learning disruption caused by the pandemic.

After months of uncertainty for pupils and their teachers, the government’s long-awaited announcement on the 2021 exam series promises that students will be awarded more generous grades, in line with last summer’s significantly improved results.

And in case of ongoing disruption during the exam period, contingency papers in each subject will be available for pupils who have to miss exams for Covid-related reasons, to sit in July. Teacher-informed assessment will be relied upon only in the most extreme cases.

Headteachers and teaching unions welcomed the announcement but said it had come far too late, and many expressed continuing concern about wide disparities in learning within the cohort. Last week one in five secondary pupils were absent from school for Covid-related reasons.

The Department for Education (DfE) is establishing an advisory group to look more closely at differential learning experiences and the variation in the impact of the Covid pandemic on pupils across the country. Ministers are hoping that the new measures will be of greatest benefit to those who have suffered most.

Unveiling the measures, the education secretary, Gavin Williamson, insisted exams remained the best way of giving young people the opportunity to demonstrate what they have learned. He acknowledged, however, that it was not business as usual.

“I know students are facing unprecedented disruption to their learning. That’s why exams will be different next year, taking exceptional steps to ensure they are as fair as possible,” he said. “I am determined to support students, parents and teachers in these unprecedented times and hope measures like more generous grading and advance notice of some topic areas will give young people the clarity and confidence they need to achieve every success.”

Details of exam topics will be released in January to enable teachers to make best use of limited teaching time and focus pupils’ revision. Modern languages students will be able to take in vocabulary sheets to reduce the amount of material that needs to be memorised, but English literature texts will not be allowed. Vocational and technical qualifications will be adapted to ensure parity, the DfE said.

Williamson is under pressure to avoid any repeat of the results fiasco this summer, when exams were cancelled and standardised grades were abandoned in favour of school-assessed grades after concerns were raised about fairness.

The government has already announced that next year’s exams will take place three weeks later than normal, to maximise teaching time. Existing “special consideration” measures will be expanded to cater for potential Covid disruption, so if students miss a single paper due to self-isolation or sickness, a grade will be calculated based on the proportion of the qualification they have already sat. Clinically extremely vulnerable pupils will be allowed to sit exams at home, with invigilation.

To further relieve pressure on schools, the government also announced that graded Ofsted inspections would be further suspended until after Easter, with just monitoring inspections continuing in settings graded inadequate or “requires improvement”.

In primary schools, key stage 1 tests for seven-year-olds will be replaced by teacher assessment for a year. Key stage 2 tests in the final year of primary will go ahead, with some flexibility over timing, apart from the English grammar, punctuation and spelling test. The government also confirmed that test and exam results would not be included in performance tables this year.

Paul Whiteman, the general secretary of the National Association of Head Teachers, welcomed the reduction of some of the burden on schools. “Whilst the government has not gone as far as we would have liked, they have moved significantly towards the profession,” he said.

Geoff Barton, the general secretary of the Association of School and College Leaders, said: “It is not perfect – nothing can be given the fact that learning has been so disrupted by coronavirus and that pupils have been affected to vastly different extents. But various options have been discussed exhaustively and, frankly, schools and colleges just need a decision.”