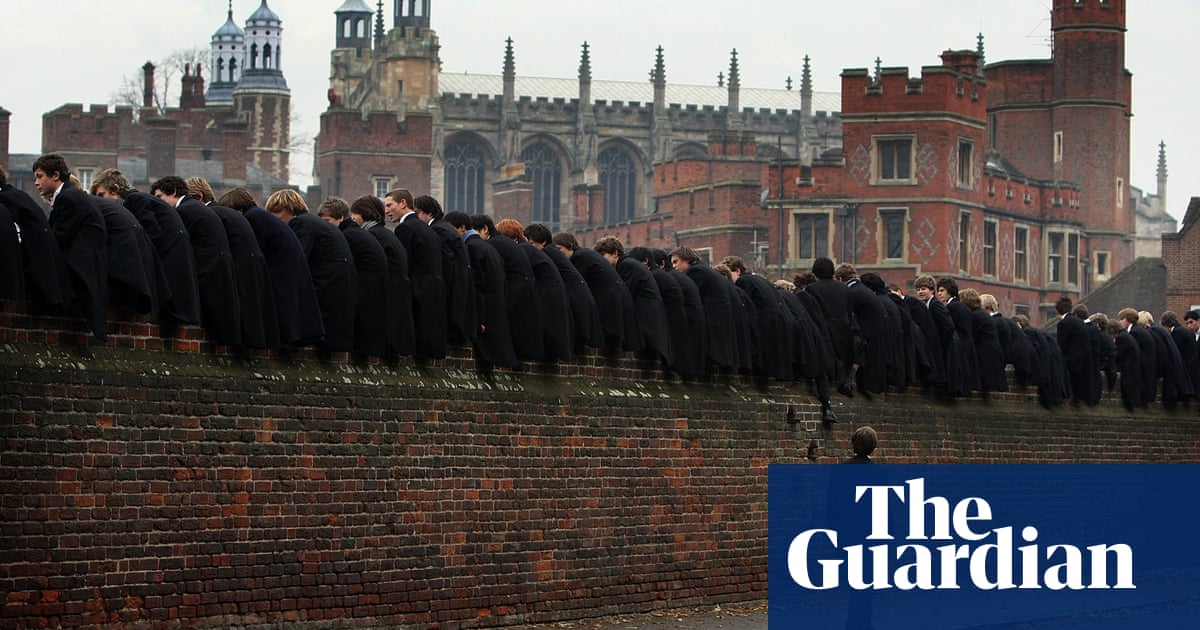 The British education secretary, Gavin Williamson, has called for girls to be allowed in to Eton after reluctantly being drawn into an argument over the dismissal of a teacher at the exclusive Berkshire school.

Williamson was taking part in an interview about plans for next year’s school exams on BBC Radio 4’s Today programme, when he was asked for his views on the dispute at Eton College, which has been taken up by freedom of speech campaigners.

The secretary of state has made free speech in universities a priority but has refused to comment on the row at Eton, volunteering instead that it would be a good step forward if the £42,000-a-year school altered its admissions policy to allow girls to attend.

“I would be very much in favour of Eton taking girls,” he said. “I think that would be a good step forward.”

Eton has been boys only throughout its 580-year history and it could remain that way. Responding to the education secretary’s comments, a spokesperson for the college said: “Eton has no plans to go co-educational.”

Twenty UK prime ministers have been educated at Eton, the most recent being Boris Johnson. Asked if he would be in favour of girls being admitted, Johnson’s official spokesman said on Thursday: “We have said consistently that single-sex schools are an important part of our diverse education system and it’s right that parents have the opportunity to make decisions about the type of school that their children attend.”

Pressed on whether that meant the prime minister did not think girls should be admitted, the spokesman added: “If Eton were to choose to become a mixed-sex school we would obviously support that decision, but … it’s a matter for Eton as an independent school to set their own admission criteria.”

Another Old Etonian, Jacob Rees-Mogg, leader of the Commons, took the opposite view to Williamson, who attended Raincliffe comprehensive [now community] school in Scarborough. Rees-Mogg told MPs: “Much though I might like my own daughter to go there I think it works very well as it is, thank you very much.”

Eton College, which was founded in 1440 by Henry VI, is caught up in a dispute over an English teacher, Will Knowland, who was dismissed after being accused of gross misconduct in connection with a video lecture entitled the Patriarchy Paradox.

Knowland’s supporters have said the dispute is about free speech, but the provost of Eton, William Waldegrave, insisted it was a matter of internal discipline after Knowland allegedly refused to remove the video from his YouTube channel following complaints about the content. Knowland is appealing against his dismissal at a hearing next week.

According to the Telegraph, which broke the story, more than 2,000 signatures have been collected from current and former pupils who oppose the dismissal, describing it as a “gross abuse of the duty of the school to protect the freedoms of the individual”.

There is also disquiet among staff. Most recently, Dr Luke Martin, who teaches divinity at Eton, wrote to the vice-provost calling for Knowland to be reinstated. In his letter he expressed concern at the promotion of “a so-called progressive ideology at the school”, likening it to “religious fundamentalism”.