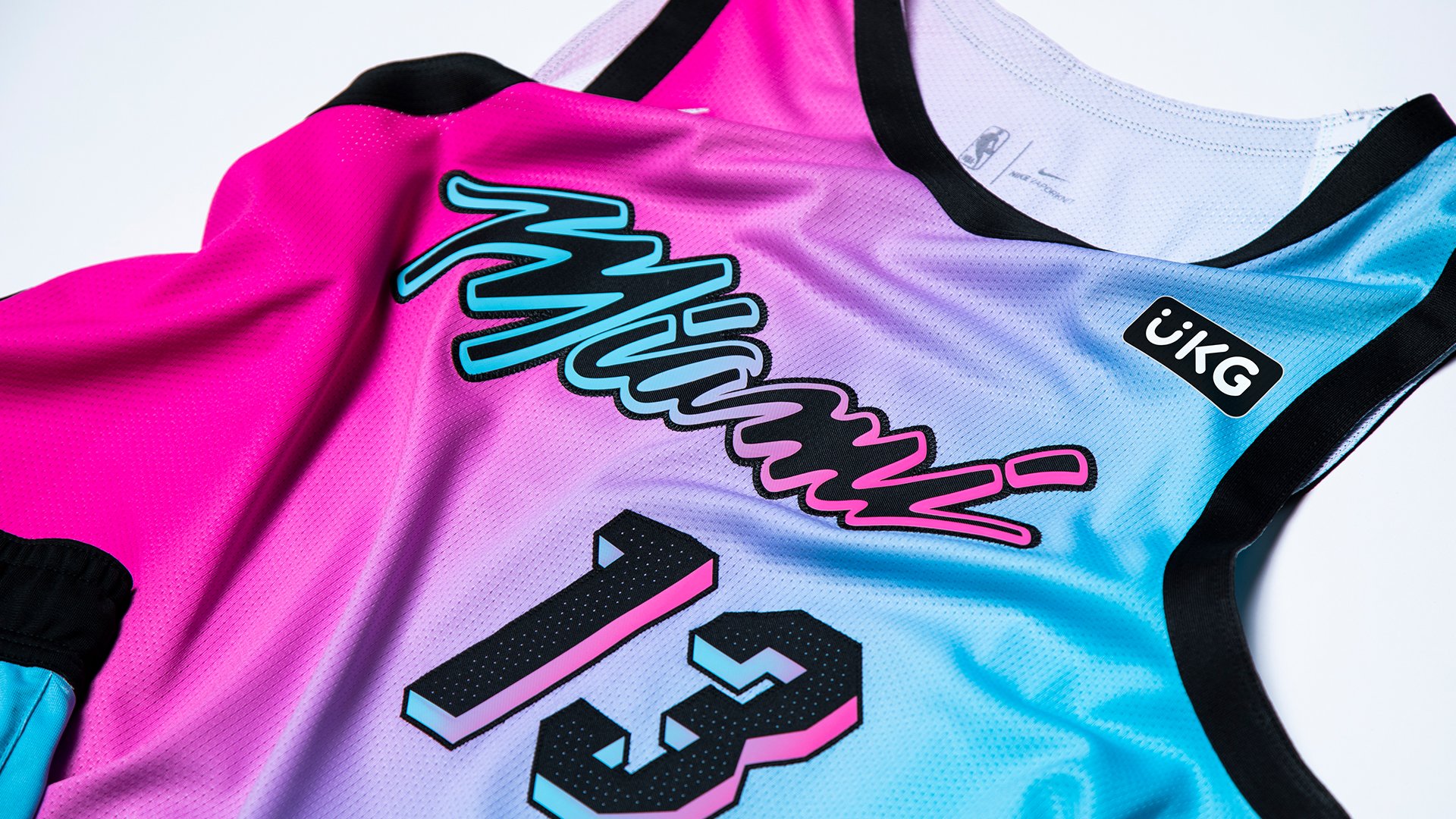 Welcome to the Yahoo Sports 2020 NBA training camp tracker. Just seven weeks after the bubble season came to a close, practice is in session. The preseason will run from Dec. 11-19, and the regular season opens three days before Christmas. Here, we will highlight the latest news ahead of the 2020-21 campaign.

The Miami Heat and Nike dialed up the pastel with the fourth installment of their “Vice” City Edition alternate jerseys for the 2020-21 campaign, revealing an eye-popping version of the popular scheme.

The Heat first revealed the throwback jerseys in 2017 as an homage to the popular 1980s television drama “Miami Vice.” City Edition jerseys generally change from year to year, but the Heat have continued to put a new spin on their alternates as they have grown in popularity. Starting with a darker “VICE Nights” theme in 2017, the team has cycled through brighter “Sunset VICE” and “ViceWave” editions over the last two years.

The latest edition, which the Heat contend will be the last of the line, is called “ViceVersa,” featuring pink on one side, light blue on the other and blending into a violet in the middle — a stunningly original NBA jersey.

“In 2017, Vice began as a journey — a trip back through time to a reality where 1988 never ended,” Heat vice president of creative and digital marketing Jennifer Alvarez said in a news release. “Each campaign has pushed us further and further outside the creative confines of the Heat brand and each has been hugely successful and a ton of fun to work on. ViceVersa is a graphic microcosm that envisions the Miami Heat brand of the future.”

Check out our complete look at all the City Edition jerseys revealed around the league.

The Boston Celtics have shelved Kemba Walker until at least the start of January, as the All-Star point guard continues to recover from a lingering left knee injury, the team announced on Monday morning.

On the advice of multiple specialists, Walker received a stem-cell injection in October. He began a 12-week strengthening program that has him scheduled to return to on-court action early this month. Walker’s game availability will be reevaluated the first week of January, when the Celtics plan to provide another update.

“We are just being very cautious with Kemba,” Celtics president of basketball operations Danny Ainge told Boston radio station 98.5 The Sports Hub’s “Toucher and Rich Show” on Monday. Ainge added in the interview, “We are maintaining this strengthening program, which he has been very, very diligent in so far, and we’re encouraged that he will be able to return at full speed. But we do not want to rush the program.”

For more on Walker’s knee injury and what it means for the Celtics, check out the full breakdown here.