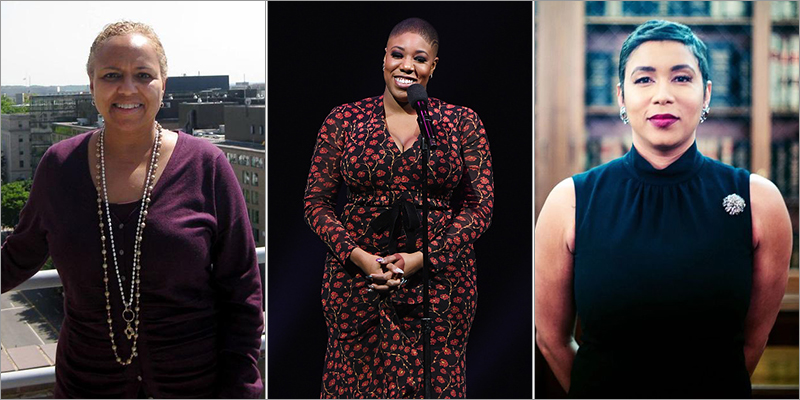 Vice President-elect Kamala Harris‘ senior staff is shaping up to be a proper representation of the voters who are largely credited for her and Joe Biden‘s historic election. Not only are the top three staffers Black but they are also women, a combinatory nod to the group often called the backbone of the Democratic Party.

The last addition to Harris’ staff is Tina Flournoy, who was formally picked on Tuesday to be the vice president’s chief of staff. The transition for Flournoy shouldn’t be too difficult since that’s the same role she’s been working in for former President Bill Clinton. Flournoy has also had stints as a senior adviser to Democratic National Convention Chairman Howard Dean and as an Assistant to the President for Public Policy at the American Federation of Teachers.

Her bio on the website for Georgetown University — where she graduated from law school – detailed her extensive experience working on behalf of Democrats in positions that include: “traveling chief of staff to 2000 Democratic vice presidential nominee, Senator Joseph Lieberman, Finance Director for the Gore 2000 Presidential Campaign and Deputy to the Campaign Manager in the 1992 Clinton/Gore Presidential Transition Office and in the White House Office of Presidential Personnel. Flournoy also served as General Counsel for the 1992 Democratic National Convention. Prior to joining the Convention team, Flournoy was Counsel for the DNC under Chairmen Paul Kirk and Ron Brown.”

According to journalist Yashar Ali, Flournoy is part of a group of Black women Democratic operatives and friends who call themselves “the Colored Girls.” They include Donna Brazile, Yolanda Caraway, Leah Daughtry and Minyon Moore. Ali reported Flourny’s hiring first.

3. Tina Flournoy is part of a group of Black women who refer to themselves as “The Colored Girls”

Flournoy is expected to work closely with Ashley Etienne, who was named as Harris’ chief communications director. Like Flournoy, Etienne has a wealth of experience working for Democrats, including being the special assistant to President Barack Obama and the cabinet communications director at the White House. She was also a spokeswoman for Nancy Pelosi from 2012-2014.

Ashley Etienne is the Communications Director for MVP Kamala Harris. She’s not new to the game. Etienne was the communications director for the House Oversight Committee under the late Elijah Cummings. Biden-Harris administration has chosen the best!👏🏽👏🏽👏🏽👏🏽 pic.twitter.com/FLVgWZCdUn

Notably, Etienne led cabinet-wide communications efforts about the Black Lives Matter movement and Obama’s My Brother’s Keeper initiative that addresses and identified opportunities for boys and young men of color to help them accomplish their goals. In addition, Etienne was named by ESSENCE as one of the most powerful Black women in Obama’s White House.

Etienne will undoubtedly work in tandem with Symone Sanders, who on Monday was officially introduced as a senior adviser and chief spokesperson for Harris. She previously worked as a senior adviser for Biden’s campaign after being a cable news political pundit. Her national profile grew while serving as national press secretary for Bernie Sanders during his 2016 presidential campaign.

The announcement came after Biden was criticized for not appointing enough Black people to work in his administration. #BidenTransitionhttps://t.co/rSp4SrrrFX

The three of them join a steadily browning and diverse Biden administration that has increasingly lived up to the president-elect’s promise to have a cabinet and senior advisers who “look like America.”