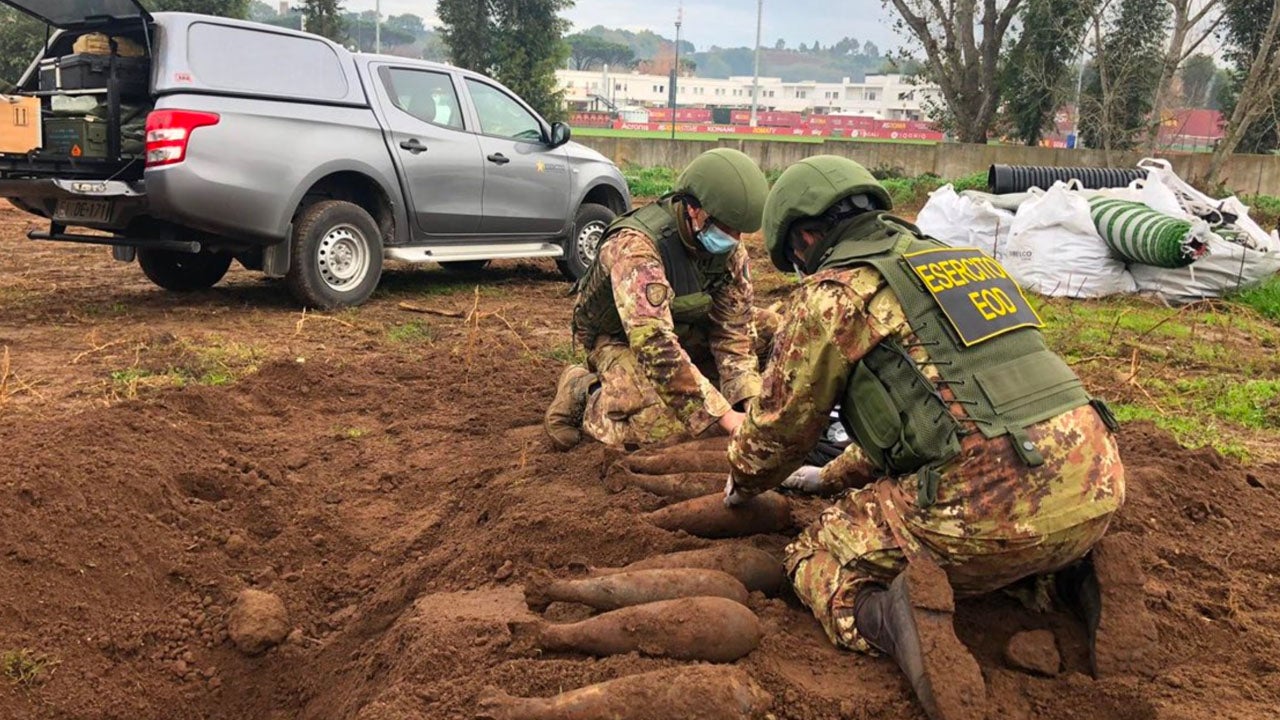 The unexploded devices were discovered during construction to build new training fields. The bombs were buried near Piazzale Dino Viola, in the heart of the Roma training ground. Construction crews at first found three devices and experts were called in to the field, and they discovered as many as 20.

All activity was suspended and the bombs were safely removed. Roma manager Paulo Fonseca said the surprise findings did not interrupt their training as they were at a different section of the grounds.

The team released an image of the devices and crews removing them on social media with the caption, “Well, this doesn’t happen every day…A big thank you to the Italian army and their bomb squad, after they safely and successfully removed a number of devices dating back to the Second World War from the club’s training centre at Trigoria this week!”

Well, this doesn’t happen every day… 😅

A big thank you to the Italian army and their bomb squad, after they safely and successfully removed a number of devices dating back to the Second World War from the club’s training centre at Trigoria this week! 👏 #ASRoma pic.twitter.com/8HDiURbxTe

AS Roma played Napoli the next day at the newly renamed Stadio Diego Maradona, named after the Southern Italian club’s icon who passed away last week of a heart attack. Maradona died at the age of 60. The Argentinian spent seven years at Napoli, winning their only two Serie A titles in 1987 and 1990.

Roma lost the match 4-0. Prior to kick off, the Napoli players wore shirts commemorating the late World Cup winner and held a moment of silence as images of Maradona flashed throughout the stadium. The teams also observed another moment of silence at the 10th minute of the match, as 10 was Maradona’s number. Napoli’s homegrown talent and current No. 10 Lorenzo Insigne scored the opening goal and grabbed a Maradona shirt and kissed it in tribute to the fallen player.

Why a Soccer Team Has Become Involved in Finding Missing Children