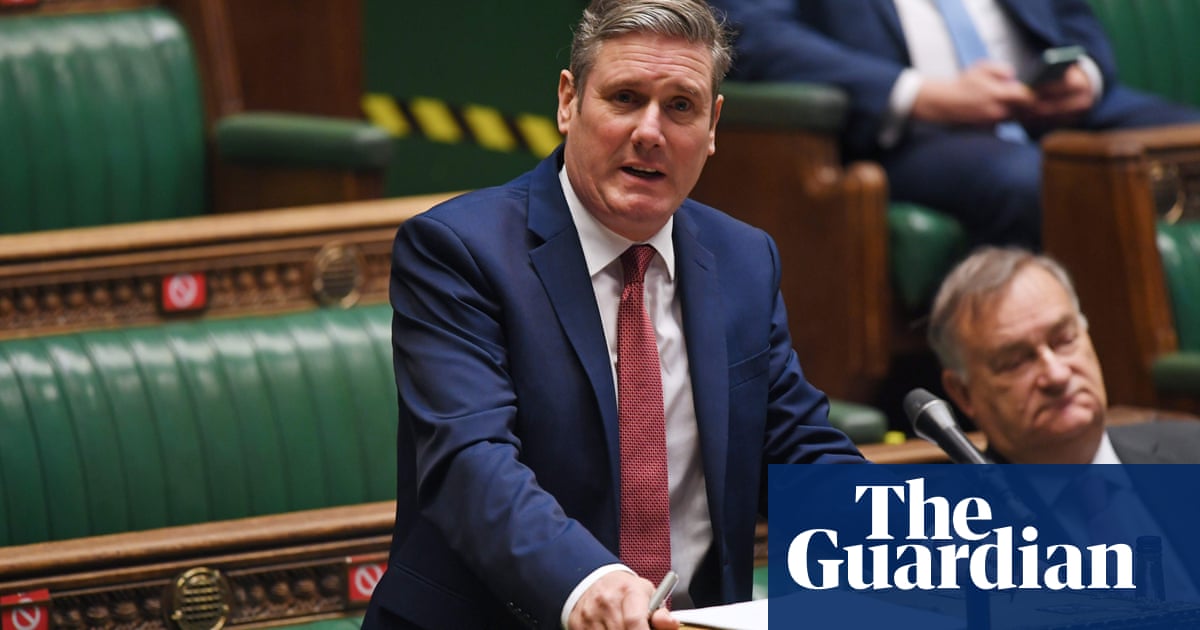 Keir Starmer has decided to break with the government in a vote on Covid restrictions for the first time, while the government is scrambling to contain a Tory rebellion by unveiling a multimillion-pound fund for pubs.

The prime minister is to announce new one-off discretionary funding paid to councils for “wet” pubs and bars which cannot open under the strictest new tier restrictions for England, the Guardian understands.

But Labour is understood to believe that support for the hospitality sector must go further, and will abstain in Tuesday’s Commons vote on the tiers system, which is due to replace lockdown rules from Wednesday and put 99% of the country into tiers 2 and 3. The vote is still expected to pass.

Though Boris Johnson will hope to win around some rebels with the new funding, lockdown-sceptic MPs were expressing anger on Monday night at the publication of an impact assessment of the economic and health costs of the stricter tier system.

The report threw down the gauntlet to Tory MPs, warning that letting the NHS be overwhelmed would be “intolerable for our society”, but concluded it was impossible to know whether the economic impact of the new tiers system would be greater than that of taking no action.

It was criticised by some MPs for being thin and repetitive. Mel Stride, the chair of the Treasury select committee, said he was deeply disappointed by the “rehashed” and “frustrating” analysis. There had been repeated calls for its publication.

Starmer’s move to whip Labour to abstain in Tuesday’s vote will prompt fears in Downing Street that Johnson can no longer count on the opposition’s support for coronavirus measures that have become deeply unpopular with his own MPs. On Monday, the environment secretary, George Eustice, acknowledged that up to 100 MPs could rebel.

Starmer will tell his MPs he does not believe Labour should directly oppose the measures because of the need to keep control of the virus. But he will say that, by abstaining, the party can signal that the financial support for hospitality businesses is inadequate.

Starmer, who met England’s chief medical officer, Chris Whitty, on Monday night, said coronavirus “remains a serious threat to the public’s health” and Labour accepted the need for continued restrictions. “However, I remain deeply concerned that Boris Johnson’s government has failed to use this latest lockdown to put a credible health and economic plan in place,” he said.

“We still don’t have a functioning testing system, public health messaging is confused, and businesses across the country are crying out for more effective economic support to get them through the winter months.

“It is short-term government incompetence that is causing long-term damage to the British economy. It is imperative that the government gets control of the virus so that our NHS can be protected and our economy recovers faster.”

The Lib Dems also said they would refuse to back the new system, calling it “arbitrary, confused and chaotic”.

Johnson and other cabinet ministers phoned rebellious Tory MPs on Monday, highlighting that the government had met many of the demands from the Covid Recovery Group of lockdown-sceptic MPs, including reopening retail and outdoor sports and publishing the impact assessment.

However, many remain concerned about the effect on hospitality in the run-up to Christmas, with nearly 99% of the country heading into tiers 2 or 3.

Under the new tier 3 measures, pubs, bars and restaurants must close entirely or function as takeaways. Under tier 2, indoor service must be restricted to meals within household groups, with separate households only allowed to meet for a meal outdoors. Alcohol can only be served with a substantial meal.

A government source said the new hospitality package would support pubs that could not open. “This is an additional pot of money for wet pubs, to acknowledge this is a busy time of year for them and they have been among the hardest hit by the restrictions,” the source said.

In its impact assessment of the new tier system, the government said the complexities of the spread of Covid and any actions to mitigate it meant it was “not possible to know” exactly what would happen in different circumstances, adding: “Any assessment of a given change to restrictions is therefore unavoidably only partial in nature.”

The 48-page document cited modelling by the Office for Budget Responsibility (OBR) from last week suggesting that the top tier of restrictions lasting to the spring would cause an 11.3% drop in real GDP over 2020.

Arguing that the new tiers were needed to get the R number below 1, the document noted that limited restrictions would “allow many people and businesses to operate as normal, if they chose to do so”.

It added: “On the other hand, more widespread infections and the consequences of pressure on the NHS would affect spending in the economy due to voluntary social distancing, effects to confidence and impacts on businesses, including through high levels of employee sickness.

“Given the unprecedented nature of both the virus and the restrictions that have been required to mitigate it, it is not possible to assess the balance of these effects.”

The Conservative Mark Harper, who chairs the Covid Recovery Group, said he was disappointed at the delay in publishing the data. MPs mulling whether to vote against the tiers plan would decide on Tuesday before the vote, he said.

He said: “Even with so little time, the government’s analysis seems to be collapsing under the glare of scrutiny.

“Before the current lockdown, incorrect death and hospital capacity modelling was leaked into the public domain to justify it. We asked for full details. We have asked repeatedly for the information that vindicates these hospital projections and they have not been forthcoming.

“We are now seeing that, once again, the wheels are coming off the government’s arguments.”

Stride said he had repeatedly requested more comprehensive analysis of the economic impact of restrictions. “With little over 24 hours until MPs vote on the new tiered system, this rehashed document offers very little further in economic terms other than that which the OBR published last week,” he said.

“It’s frustrating that there is little here that sets out how the different tiers might impact on the specific sectors and regions across the country. Those looking for additional economic analysis of the new tiered system will struggle to find it in this document.”

Torsten Bell, chief executive of the Resolution Foundation thinktank, said the analysis was “really strange” because it seemed the government did not want to make the economic argument for its own policy of imposing tiered restrictions. Bell said: “[There is a] clear case that allowing the virus to get our of control leads to more economic damage either from later/harder lockdown and/or total chaos. But they don’t say it.”

One MP argued the analysis was “thin” and unlikely to convince many colleagues, but said the Treasury support for businesses would be likely to have more of an impact.

Speaking at a press conference on Monday, Matt Hancock, the health secretary, said the UK now had the virus under control, but added: “While we can let up a little, we can’t afford to let up a lot.

“I would urge all MPs right across the house to vote for the tiered system. The tiered system has a lower set of restrictions than the national lockdown in all three tiers.”

Gen Sir Gordon Messenger, the head of operations for the community testing programme, said that testing capabilities for all those in tier 3 restrictions would “sequence over time”.

“I don’t know how many of those 23 million [in tier 3] we’ll be able to reach, because planning is still very much under way. And as I said, the nature of this will vary from region to region and from area to area,” he said.