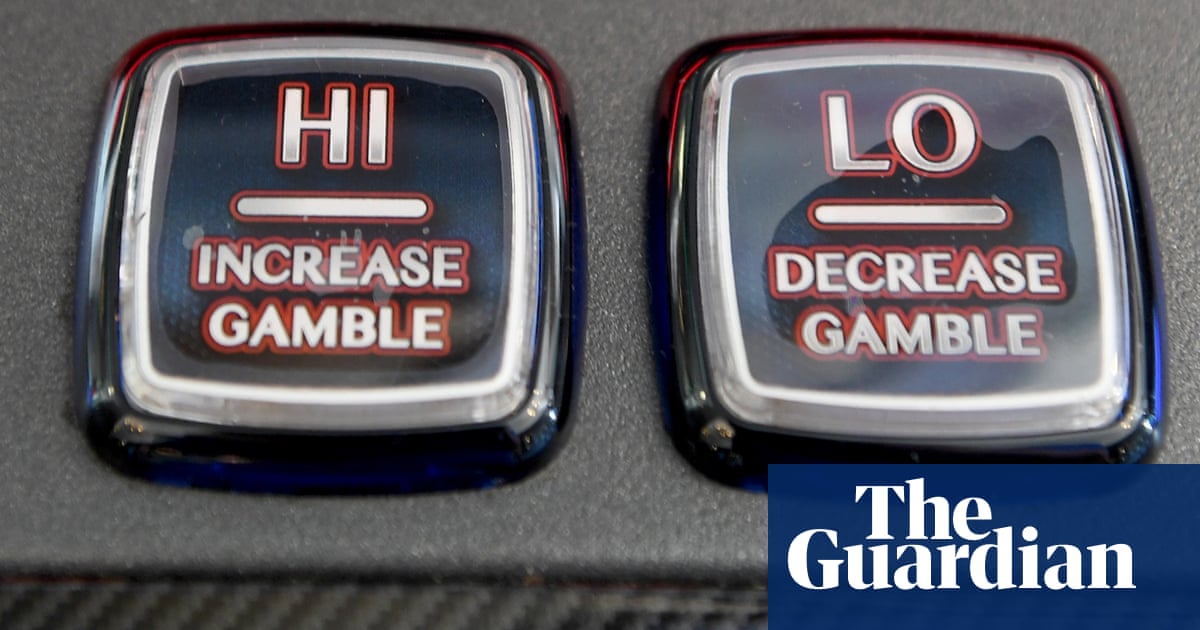 Punters lost £700m less on gambling machines in the year after fixed-odds betting terminals (FOBTs) were reined in but industry predictions of mass job losses if ministers went ahead with the policy have not materialised.

As the gambling regulator released fresh data charting the impact of curbs on the roulette machines, campaigners said the figures showed that ministers poised to launch a wide-ranging review of gambling laws should beware industry forecasts.

Before last year’s decision to slash the maximum stake on FOBTs from £100 to £2, gambling lobbyists repeatedly warned that a cut could force 4,500 shops to close at a cost of 21,000 jobs.

But figures for the year to the end of March 2020 show that the number of high street bookmakers decreased by 639 to 7,681 in the first full year with reduced FOBT income.

The 7.5% decline is partly a result of gambling firms wooing customers online, where its costs are far lower than running bricks-and-mortar stores. The migration was already causing the UK’s network of high street bookmakers to shrink by about 3% a year.

Matt Zarb-Cousin, who campaigned against FOBTs and now advocates for broader reform via his Clean Up Gambling group, called on ministers to take industry claims with a pinch of salt as they consider an overhaul of gambling laws.

“This shows the predictions of doom from the bookmakers were dramatically overstated. Crying wolf won’t help their credibility in the upcoming gambling review.”

The Gambling Commission’s figures show the extent to which gamblers’ spending has changed since £100-a-spin FOBTs were reined in, with punters losing significantly less overall.

The amount lost on fixed-odds betting terminals tumbled from £1.16bn to £12m in the year to the end of March 2020, as the vast majority of FOBTs were rewired to offer lower stakes “B3” games.

B3 spending jumped from £1.1bn to £1.5bn as a result, indicating a significant switch to £2-a-spin products, where average loss rates are similar over time but huge, potentially life-altering one-off losses are much less common.

Overall, gamblers’ spending on machine-based betting in bookmakers fell by £700m to just under £2.1bn. Coupled with the effects of 11 days of coronavirus lockdown to the end of March, the 26% fall in machine income sent bookmakers’ revenues down from £3.26bn to £2.4bn during the year.

But casinos do not appear to have benefited, suffering a slight decline in income to just above £1bn.

Online casino betting increased by £100m to the highest ever figure of £3.175bn, in line with long-term trends. The biggest increase in spending came in the fast-growing online sports betting category, where punters lost a record £2.3bn. The National Lottery also enjoyed a significant increase, up by more than £300m to £3.4bn.