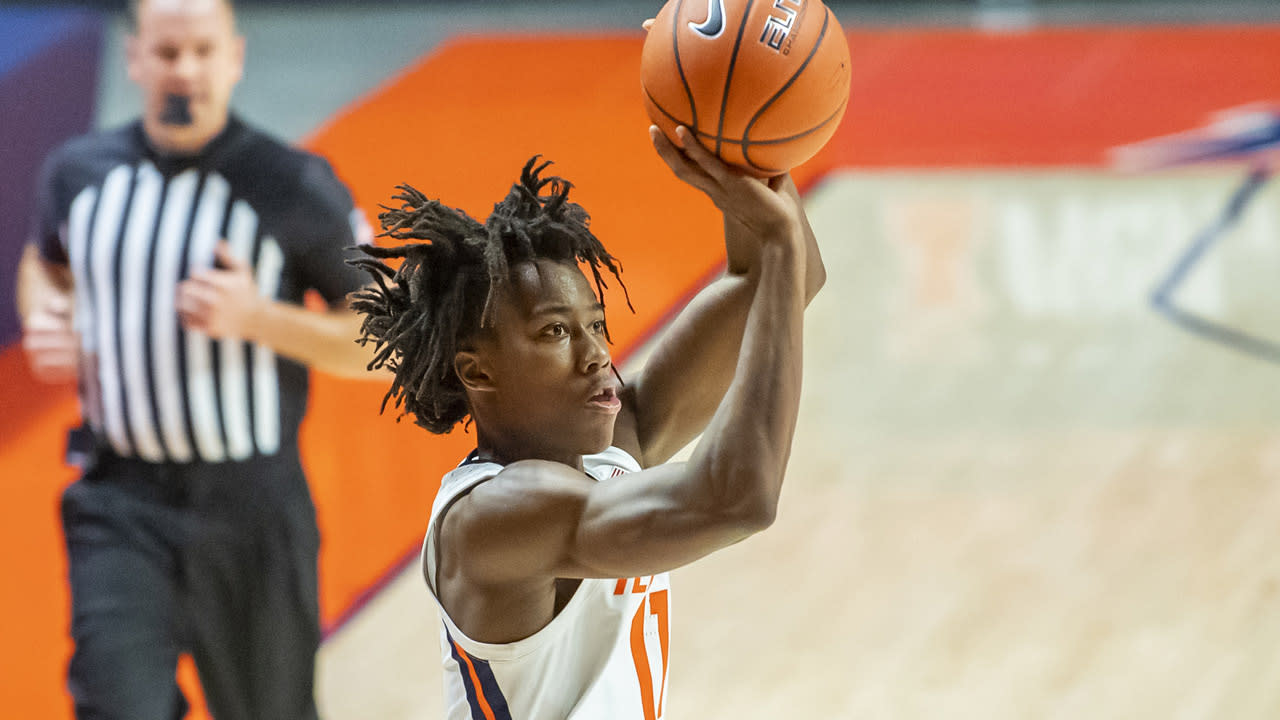 The Illinois Fighting Illini basketball team climbed three spots in the latest AP NCAA Top 25 basketball poll Monday, ascending to the No. 5 position. It is the highest ranking for Illinois since they claimed the top spot during the 2004-05 season, a campaign where Dee Brown, Deron Williams and Luther Head helped guide their team to the NCAA championship game.

Illinois is off to a 3-0 start behind stellar play from Ayo Dosunmu, Kofi Cockburn and Adam Miller. Brad Underwood’s crew rolled up 122 points in the season opener against North Carolina A&T and also earned a comfortable win against Chicago State before holding on in a narrow victory over Ohio.

It’s also a banner day for the Big Ten, as six teams are ranked within the Top 25, four of them within the top eight.