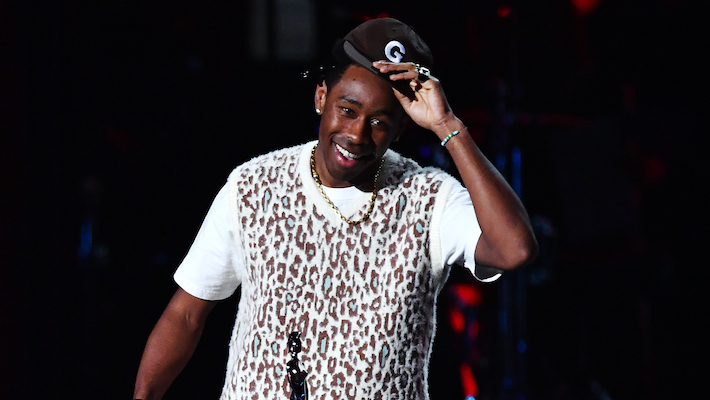 Did you know Tyler the Creator was in Grand Theft Auto V? Apparently, one fan didn’t until he noticed that distinctive Wolf Tyler growl coming from a random non-player character (NPC) during a nostalgic playthrough of the game and shared their realization with Twitter. Of course, it’s easy to overlook Tyler’s character as his dialogue almost entirely consists of goofy nonsequiturs like “You like potato salad, ’cause I like potato salad.” Also, staring at him for an extended period results — as it so often does in real life — in a fight when “Tyler” pulls a gun to pistol-whip the player’s avatar.

Now, this isn’t exactly news for longtime gamers, as Tyler’s appearance (as well as Danny Brown and Flying Lotus) was covered extensively at the time. However, since the game is almost a decade old (it released in September 2013) and Tyler was still the fresh-faced creator of hair-raising projects like Goblin and Wolf, it makes sense that a new generation of gamers who venerates Grammy-winning, Flower Boy Tyler as a superstar would not only be unaware and also astonished by this tidbit. If nothing else, the incident highlights how far he’s come; if he were to voice a character in a game now, it would almost undoubtedly be a starring role. Or, he could very well go the Travis Scott route and actually perform in-game as himself now that he’s one of the most respected superstars in music.

Check out the fan’s “discovery” above.