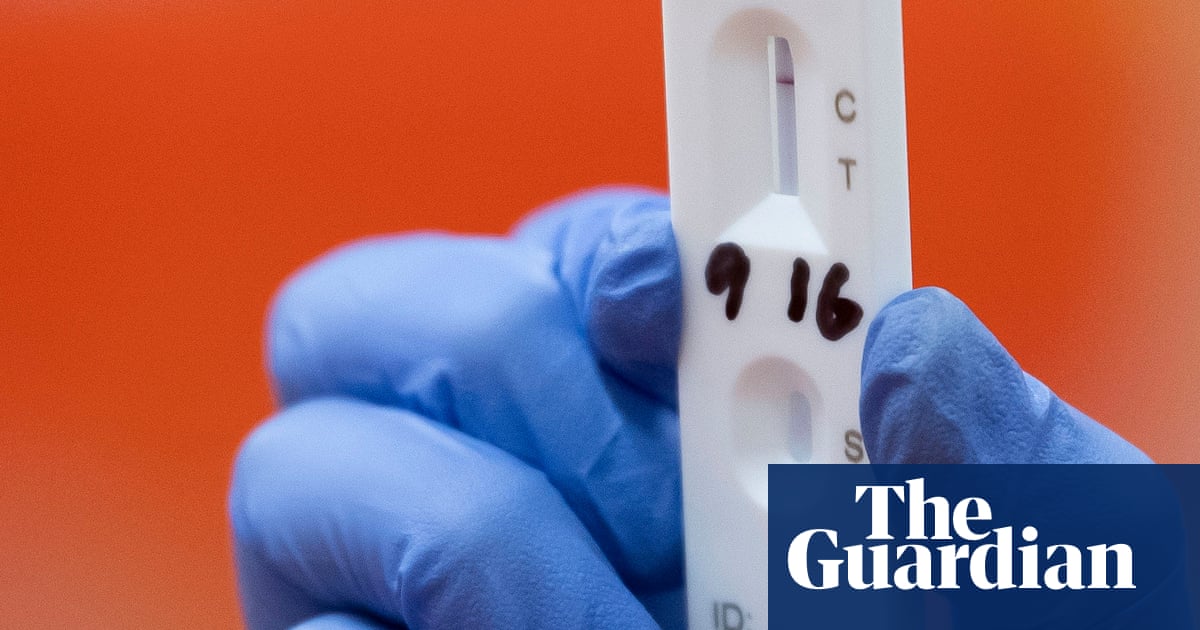 A flagship government scheme to use rapid testing to allow care home visitors to hug loved ones before Christmas has been dealt a serious blow after a council instructed providers not to use the tests, citing fears that they lack accuracy.

The health secretary, Matt Hancock, had promised that by Christmas rapid testing that produces results in less than an hour would be rolled out to care homes across England to end “heartbreaking” restrictions on visits.

But Sheffield city council has told operators that “when used in practice, the performance … appears to show an unacceptably high risk of not correctly detecting infected individuals”.

In an instruction that care homes predicted would upset families whose hopes of a visit had been raised by the announcement of testing, the council told them “not to use lateral flow test kits … until we can gain assurances of their effectiveness”.

The idea for visits was fleshed out last week in the government’s winter plan for Covid, which said rapid testing would enable visitors “to have physical contact with their loved one, such as providing personal care, holding hands and hugging”. It said the government wanted to “bring an end to the pain of separation”.

A pilot visitor-testing programme has been under way for two weeks in 20 homes in low-infection areas of Hampshire, Cornwall and Devon. Deliveries of tests are expected imminently in other areas from the Department of Health and Social Care (DHSC) as part of an England-wide rollout.

But Sheffield is “advising providers not to use lateral flow test kits in care home settings in relation to residents, staff or visitors until we can gain assurances of their effectiveness”. The council said it was “urgently seeking clarification on this matter from the DHSC”.

Judy Downey, the chair of the Residents and Relatives Association, said the situation would create “despair, despondency and grief” among families. She said officials were “giving people hope and taking it away”.

“This is typical of what the government does,” said Nicola Richards, the director of the Sheffield Care Association, who said she agreed with Sheffield’s caution in order to protect against infection.

“They make an announcement, but putting it into practice is a very different matter. We will now see families and residents upset because they were thinking we had a solution.”

Lateral flow tests deliver a significant number of false negatives, according to a study by Public Health England and Oxford University. The study found that of all people to have been found to have Covid using the gold-standard PCR test, which is processed in a laboratory, 77% tested positive on the lateral flow tests.

The promise to deliver rapid testing to enable care home visits followed outcry from residents and relatives groups who said the mental and physical health of residents who had not been visited for months was falling apart and that some people were dying prematurely as a result.

In guidance issued on Sunday, the government said where testing was available, residents would be able to have visits from up to two visitors each week by Christmas, regardless of which tier they were in.

“If a visitor has a negative test, is wearing appropriate PPE and following other infection control measures, then it may be possible for visitors to have physical contact with their loved one, such as providing personal care and holding hands,” the guidance stated.

Further guidance is expected this week on visiting in care homes and the freedom of care home residents to go to see family at Christmas. Currently, guidance states that only residents of working age “may be able to leave their care home to form a bubble, in agreement with the home and subject to individual risk assessments”.

A spokesperson for the Cabinet Office told the Times: “Care home residents will, like everyone else, be able to take advantage, legally, of the regulations that permit people to form a Christmas bubble, but should follow live guidance on doing so.”

Asked if this meant that care home residents over the age of 65 would be able to leave, the Cabinet Office, declined to comment, saying “anything further will be set out shortly”.

The DHSC and Sheffield city council have been contacted for comment.