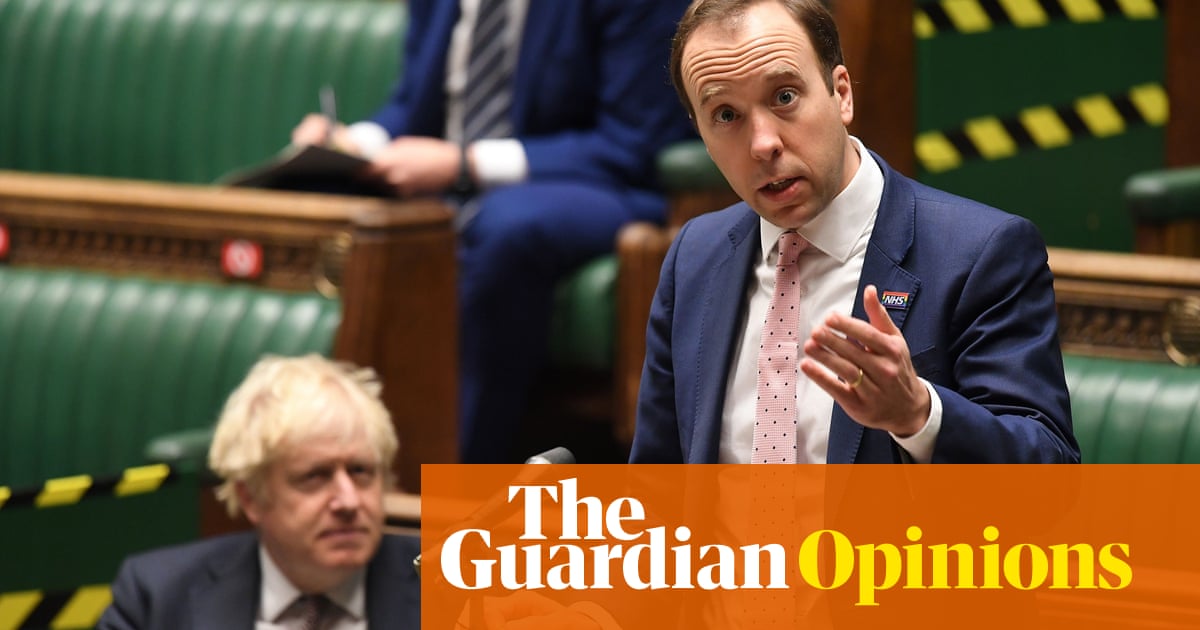 It’s hard to keep up. Barely a year into this government’s tenure, and Conservative chumocracy violations, accelerated by the pandemic – indeed, under the cover of the pandemic – are claimed on an almost weekly basis. The figures are staggering. So far, it is estimated that the government, without a transparent tendering process, handed out £18bn in coronavirus-related contracts during the first six months of the pandemic alone. Of this, £1.5bn can be traced to companies or individuals with connections to the Conservative party.

Within those billions there is more shocking detail. A spider’s web of unqualified Tory donors, university friends, neighbours and local pub owners has been entrusted with everything from the provision of PPE to the manufacturing of medical equipment. The tendering process seems to have been jettisoned for random phone calls and texts from opportunists, with ministers too lazy to go through due process and too arrogant to care. They say political parties campaign in poetry and govern in prose. This Conservative government campaigned in slogans and governs in WhatsApp messages.

We are deprived even of a slick operation. An associate of the health secretary, Matt Hancock, whose company was, until the pandemic, supplying plastic cups and takeaway boxes for the catering industry, is now supplying 2m medical-grade vials a week. Unprepared for such a task, the company fashioned decontamination rooms out of bouncy castles. The company owner says that Hancock simply directed him to a health department website.

There was perhaps a parallel timeline – one in which there was no pandemic and the final arrangements of Brexit-dominated politics – where this Tory party could have safely cruised in a comfort zone of culture wars and EU baiting. But challenged with the real demands of a pandemic, the limited abilities of Boris Johnson and his rookie team have been laid bare.

Yet they are broadly getting away with it: last week the party’s standing even improved in the polls. Any single one of the current scandals, from the failure of a test and trace system for which private consultants were paid £7,000 a day to the awarding of PPE contracts to Tory donors, should alone have shaken the foundations of this government. But there is a tolerance of this sort of thing when it happens on the right of politics: it can be somehow spun as efficiency and quick thinking, rather than cluelessness and immorality. The bouncy castle contamination room was merely, according to the company’s lawyers, “creative and lateral thinking in a time of crisis”.

The philosopher Michael Oakeshott described conservatism as the tendency to “prefer the familiar to the unknown, to prefer the tried to the untried, fact to mystery, the actual to the possible, the limited to the unbounded, the near to the distant, the sufficient to the superabundant, the convenient to the perfect, present laughter to Utopian bliss”. But there is a thin line between pragmatism and contempt for process, and this party has crossed it. Under the dark night of the pandemic, it feels like a heist of taxpayers’ money is under way, and many of its recipients have little to qualify them for receiving it, other than the fact they are in the party Rolodex.

Brexit is responsible for much of this indulgence of the government’s blatant cronyism. Like Donald Trump, Johnson has presented himself as someone who is not a political ideologue, but a battering ram smashing through a wall with a bulldozer labelled “Get Brexit done”. The end of 2019, a year of gridlocked votes in parliament, was the perfect time for a maverick leader to take control. He was cutting to the chase. It was all about “Brexit, actually”, as one campaign ad said.

“Getting on with the job” is this party’s cover for all its sins. Refusing to apologise is Johnson’s hardman shtick. He sticks by Dominic Cummings in the face of huge public outrage. He makes “no apology” for refusing to sack Priti Patel despite a report confirming that the home secretary had bullied staff – standing by her because she is “getting on with delivering the people’s priorities”.

In ownership, possession is nine-tenths of the law. In government, incumbency is nine-tenths of impunity. The entitlement with which the Conservatives go about their “informal arrangements” is a function of their decade-long tenure, and the fact that an entire cohort of professional party apparatchiks has been allowed to thrive. People such as Hancock, essentially an overpromoted adviser, can rise to the cabinet and become a sort of chumocracy patient zero.

A new menacing and thuggish tone illustrates this maturing entitlement. Hancock “just won’t have it” when he’s questioned about testing facilities. When quizzed by a female doctor on the opposition benches he says, in effect, “Watch your tone.”

Helpful to this great con is the general emergency of a pandemic during which there is more leeway extended by the public to a government under duress. Yet once the waves of the pandemic recede, there is a risk that the chumocratic way of doing things, having gone unpunished, will become the norm. The Conservatives will continue to spin it as efficiency. Yet it smells of something else: corruption, actually.

• Nesrine Malik is a Guardian columnist