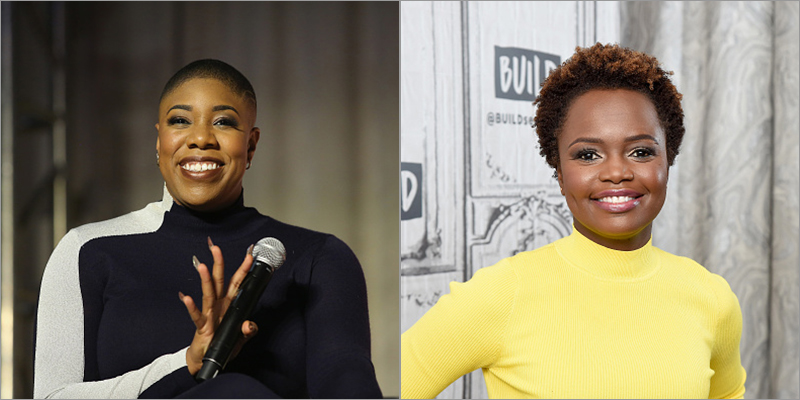 Two of the most visible Black women in Joe Biden‘s presidential campaign have been rewarded with key communications roles for both the president-elect and Vice President-elect Kamala Harris. The new positions for Symone Sanders and Karine Jean-Pierre, who were both senior advisers on Biden’s campaign, were announced Sunday amid reports of an all-female senior communications team for the White House.

Jean-Pierre, who advised Biden on strategy, communication and engaging with crucial communities such as Black people, women and progressives, will be the White House’s principal deputy press secretary. Prior to joining Biden’s campaign, Jean-Pierre was the chief public affairs officer for MoveOn, a liberal public policy advocacy group and political action committee.

Sanders, for her part, will be the chief spokeswoman for Harris. Before coming on board as an adviser for Biden’s campaign, Sanders was a political pundit who gained national notoriety when she served as national press secretary for Bernie Sanders during his 2016 presidential campaign.

The announcements came as Biden has been criticized for not appointing enough Black people to key roles in his administration. Biden famously pledged to pick a presidential cabinet that will “look like America.”

This is a developing story that will be updated as additional information becomes available.

Will A Black Woman Be Appointed To Kamala Harris’ Seat In The Senate?

Standing On The Promises: The Need For Black Representation In Agriculture