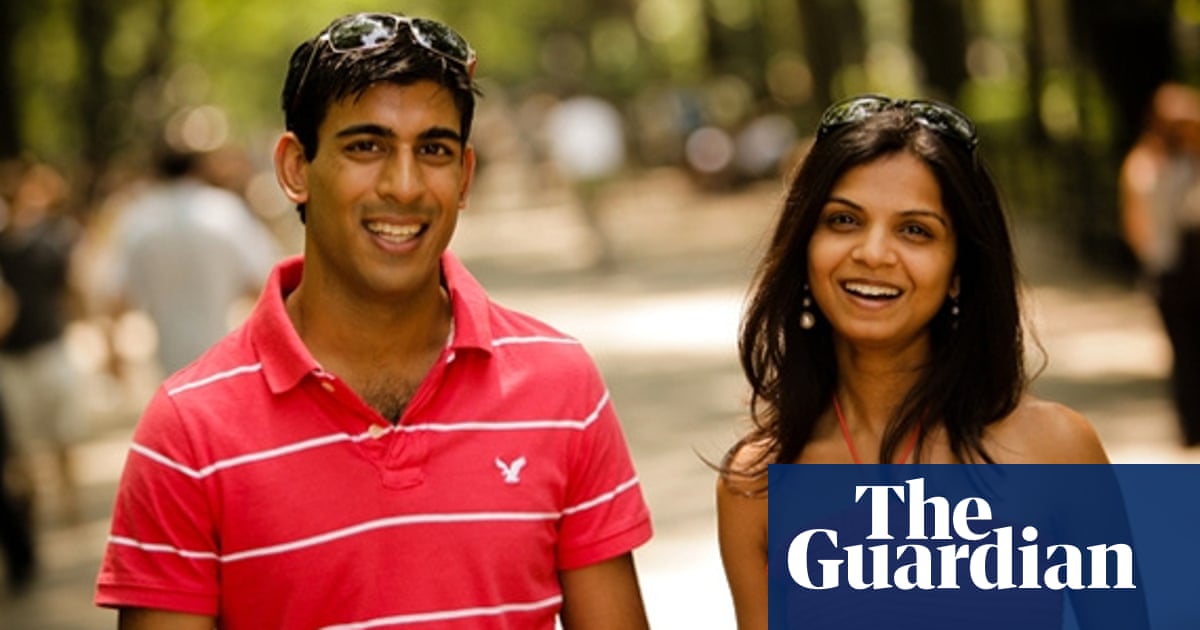 The government ethics watchdog has been asked to assess whether the ministerial code was breached by Rishi Sunak not declaring in the register of ministerial interests a multimillion-pound portfolio of shares held by his wife and her family.

The Labour MP Tonia Antoniazzi has written to Lord Evans, chair of the committee on standards in public life, to ask him to look into the issue “as a matter of urgency”. Her concerns were echoed by the shadow financial secretary to the Treasury, James Murray, who said the revelations raised “serious questions” about the chancellor’s conduct.

The Guardian revealed on Friday that Sunak’s wife, Akshata Murty, was richer than the Queen thanks to a £430m shareholding in the IT multinational Infosys, which was founded by her father and is a contractor to the UK government and public bodies. She also holds direct shareholdings in at least six UK companies. None of these investments were mentioned in the chancellor’s entry in the official register.

Ministers are obliged to publish details of any financial interests held by themselves, and their close family, which are relevant to their role in government and “which might be thought to give rise to a conflict” with their public duties.

“The reports around the chancellor’s financial affairs are extremely concerning, and I am writing to ask you to assess whether this is a direct contravention of the ministerial code of conduct,” Antoniazzi wrote.

The committee on standards in public life monitors the conduct of public office holders and advises the prime minister on ethics. It has no formal powers but its recommendations are traditionally accepted by the government of the day.

Antoniazzi said allegations of a lack of transparency by the chancellor “further erode public trust in politicians and bring parliament into disrepute”.

Murray added: “The ministerial code is clear that ministers must ensure no conflict arises between their position and their private interests, as well as those of their close family members. If the chancellor has nothing to hide, he should come clean to the British public.”

Sunak and Murty have not responded directly to requests for comment. The Treasury said Sunak made a full declaration of his wife’s interests to senior civil servants, and that the decision about what to publish in the list was taken by advisers.

Before entering the Treasury, Sunak met the government’s then head of propriety and ethics, Helen MacNamara, to decide what needed to be declared, a government source said. MacNamara reviewed the interests of Sunak and Murty and confirmed at the time, and again recently, that she was “satisfied” with what had been registered. The former independent adviser on ministers’ interests Sir Alex Allan also approved the disclosures, according to the source.

A Treasury spokesperson said Allan had confirmed he was “completely satisfied with the chancellor’s propriety of arrangements” and that he had “followed the ministerial code to the letter in his declaration of interests”.

Allan resigned from his role this month after falling out with the prime minister over his decision not to take action against the home secretary, Priti Patel. A report by Allan concluded Patel had breached the ministerial code by bullying civil servants.

At the time, Evans, the chair of the committee on standards in public life, said Allan’s departure raised “serious questions about the effectiveness of the current arrangements for investigating and responding to breaches of the ministerial code”.

His committee recently launched a “landscape review” of the institutions, processes and structures that uphold standards in public life, after acknowledging mounting concern about the conduct of Boris Johnson’s government over issues such as the purchasing of PPE.

Transparency International said the register of interests was there to ensure decisions were being made in the national interest, not for “personal gain”.

Alex Runswick, the senior advocacy manager at the campaign group, said: “To rebuild public confidence, we need a political culture where it is common practice to go above and beyond the letter of the guidance in declaring potential conflicts of interest and where there are consequences for breaching the rules.”