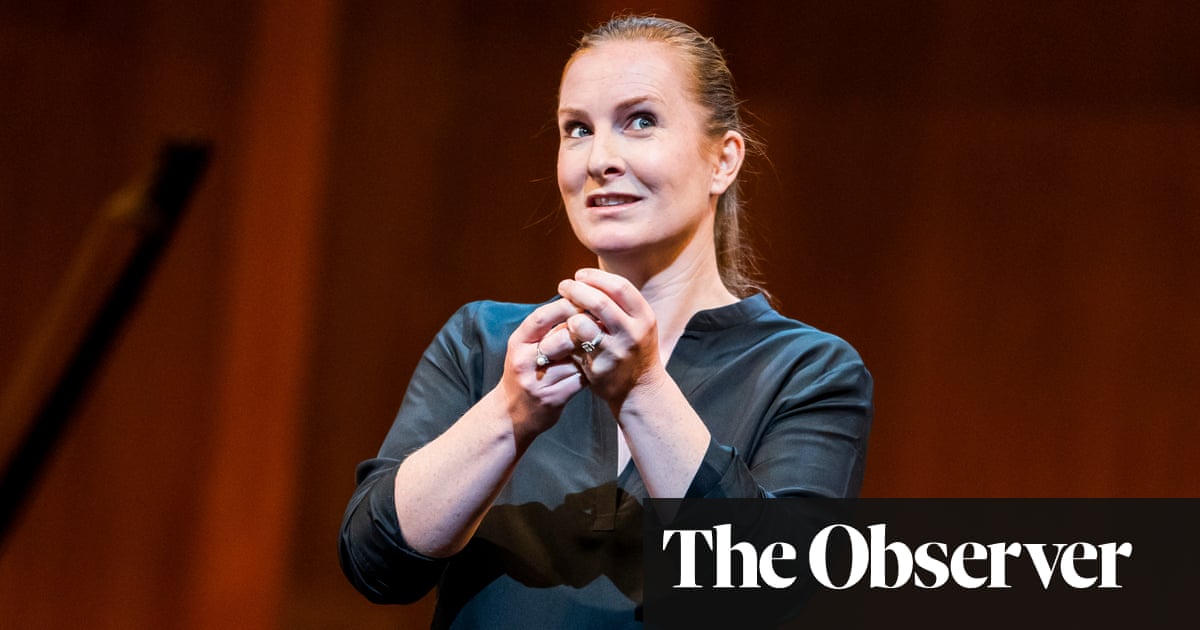 Elation at the miracles star musicians can achieve in an empty theatre; regret at not being there in person – both reactions made watching the Royal Opera’s Ariodante live online a vital and bittersweet experience. Handel wrote the opera for Covent Garden theatre’s 1735 season. Nearly three centuries on, this was its first performance at the Royal Opera House, which stands on the same site.

An outstanding cast was led by the Irish mezzo-soprano Paula Murrihy, exceptional, generous and expressive as the wandering knight of the title, with Iestyn Davies fierce and agile as his rival, Polinesso; Sophie Bevan as the distressed, affecting Dalinda; and Gerald Finley, eloquent as the King of Scotland in all his folly and wisdom. Chen Reiss conveyed power as well as fragility as Ginevra; Ed Lyon returned to the role of Lurcanio, which he sang memorably for Scottish Opera in 2016; and Thando Mjandana had real presence in the supporting role of Odoardo.

The work’s tangle of jealousies and misconceptions, set in medieval Scotland, though you’d never know it, is painfully resolved over three acts. This concert performance, conducted by Christian Curnyn, captured all its flickering moods, which can’t have been easy. Conductor and orchestra, usually in the pit, were on stage behind the singers, yet ensemble held together with scarcely a tremor. The energies needed to rehearse the work no doubt thwarted any further ambitions to attempt any staging, and the ballets were cut.

As ever with Handel, the work’s genius lies in the string of intense arias that shape character through simple devices brilliantly employed – a plaintive woodwind solo, a sobbing bass line. There’s no better example than Ariodante’s own famous aria, Scherza infida, wondrously delivered by Murrihy and the solo bassoonist. The performance is available online (at £10 per household) until 20 December.

This was a busy week for concert life, with different solutions offered around the country. The Royal Northern Sinfonia, wanting to achieve a sense of a one-off event, opted for livestreamed concerts from the Sage Gateshead available “only as they happen”, last week with music by Mendelssohn, Stravinsky and the American composer Caroline Shaw (b1982). Birmingham Contemporary Music Group (BCMG) paid tribute – live, and virtuosically – to the poet Paul Celan, with premieres by young composers honouring his centenary: Param Vir’s ambitious song cycle Wheeling Past the Stars (2007) and Christopher Fox’s beguiling piano trio This Is the Wind (2017).

The Huddersfield contemporary music festival (HCMF), unable to mobilise musicians, let alone audiences, to its usual Yorkshire venues, was lucky to benefit from a collaboration with Radio 3’s New Music Show, which created the event’s same atmosphere of inquiry in the BBC’s Maida Vale studios. As a listener, it was tricky to locate the connection between West Yorkshire and west London, but dipping in I heard attractive new works from Lawrence Dunn, Joanna Bailie and Oliver Leith (played by the Explore Ensemble), and world premieres by James Dillon, HCMF’s featured composer, who is 70 this year. Members of the London Sinfonietta played his eerie and mysterious Pharmakeia, made up of blocks within blocks, slowly, intricately transforming. A solo piano piece, echo the angelus, tolling and chiming, was dazzlingly played by Noriko Kawai.

Smaller events or venues, as these lockdown months have shown, can often be more flexible. The tiny but illustrious Bath Mozart festival, finding its usual, spectacular Assembly Rooms venue unavailable, upped sticks and moved to Wiltshire Music Centre at nearby Bradford on Avon. The Doric Quartet, the Nash Ensemble, Steven Osborne and other first-class chamber musicians performed Schubert, Mozart and more, live online. There were no bright chandeliers, unless you happened to have one at home, but every note was crystal clear.